Rome Is Renovating the Colosseum - Nerdist

Rome Is Renovating the Colosseum

Just prior to the fall of the Western Roman Empire, Rome’s giant, eternally famous Colosseum stood as a stage for combat, bloodbaths, and general entertainment. Now, roughly 2,000 years later, the Italian government is rebuilding the Colosseum’s floor in a $22 million renovation. And while the pricey makeover sounds like it’ll be worthy of Maximus (Maximus! Maximus!), the timing of it gives pause as to which empires may be falling today.

Smithsonian magazine reported on the renovation, which Italy’s Ministry of Cultural Heritage and Activities (or MiBACT) is funding. The Ministry is currently looking for engineers for the project, which it wants to initiate in 2021.

“[The renovation] will be a major technological intervention that will offer visitors the opportunity to not only see the underground rooms…but also appreciate the beauty of the Colosseum while standing in the center of the arena,” Culture Minister Dario Franceschini said in a statement (via BBC News). The new flooring will also “allow the public to fully understand the use and function of this icon of the ancient world,” the statement added. 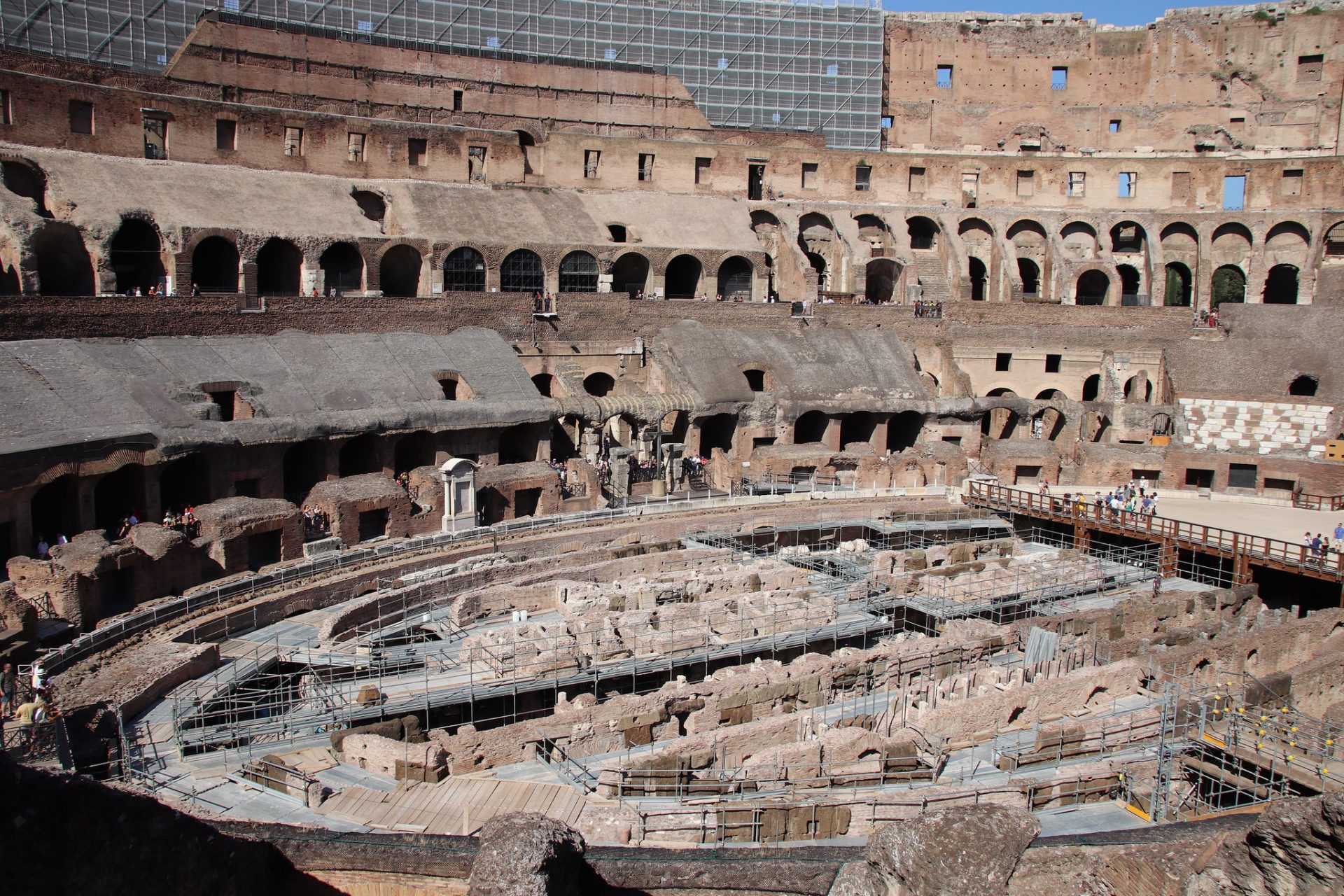 Construction of the Colosseum began around 72 AD, and was open for use just a decade later. In its prime, the 157-foot-tall oval amphitheater could hold more than 50,000 chanting spectators. The Colosseum also had 80 entrances, and giant, retractable awnings that could be unfurled over most of the stadium.

In all, historians say more than one million animals were killed during the Colosseum’s active period. As well as more than 500,000 people. Unsurprisingly huge numbers considering mock battles—land and naval—chariot races, gladiatorial games, and even public executions all took place in the arena. 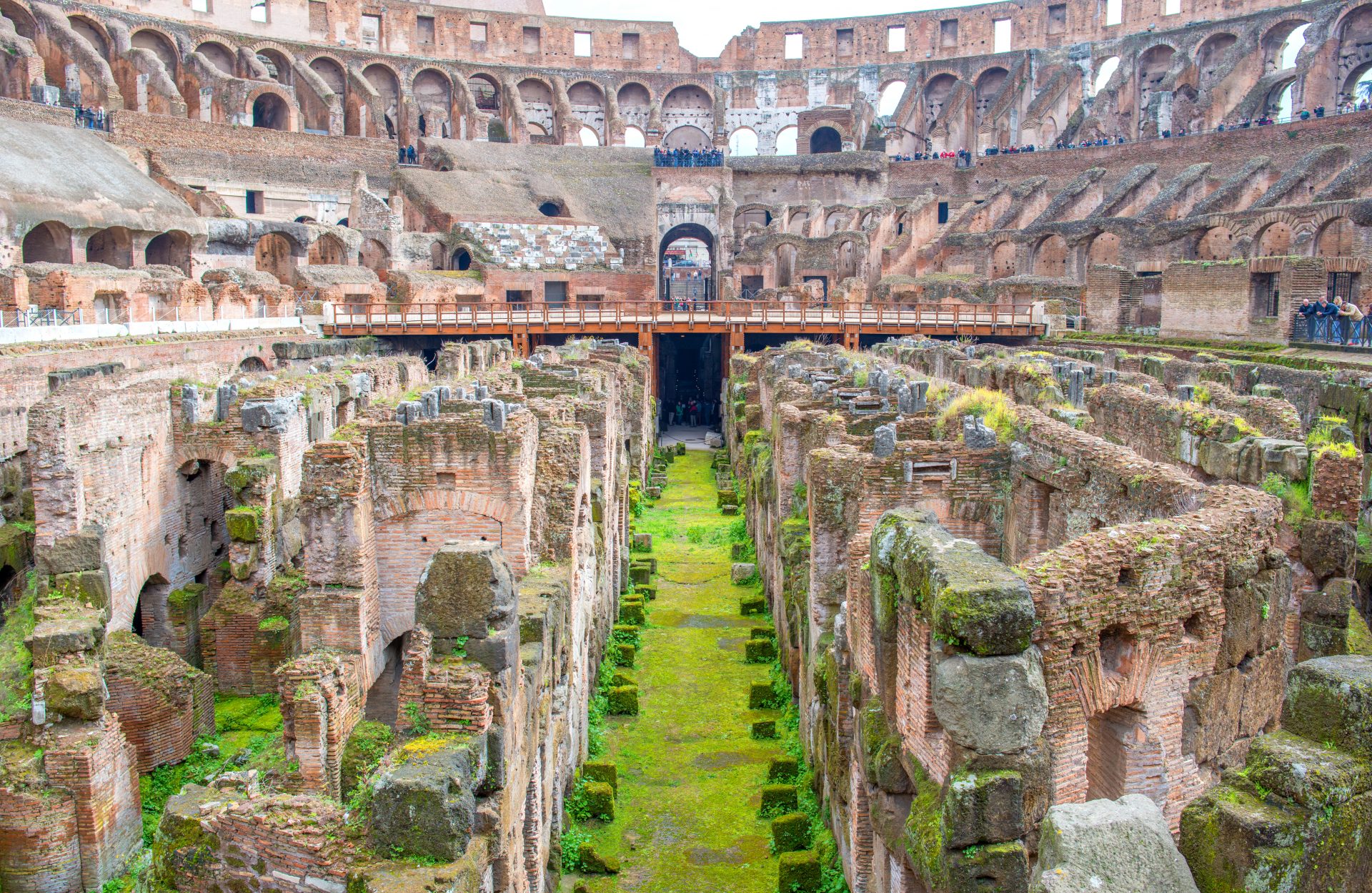 As for the renovations of the Colosseum’s floor, the aim is restore it faithfully, and update its functionality. The floor was originally made of wood and topped with sand, and covered the hypogeum; the network of underground tunnels beneath the arena’s floor gladiators and other participants in the games and entertainment would use.

The Ministry says the new floor will be able to move like the original, opening and closing above the hypogeum. While the floor originally opened and closed to release gladiators and wild animals, it will now open for tourists, and close for rain. 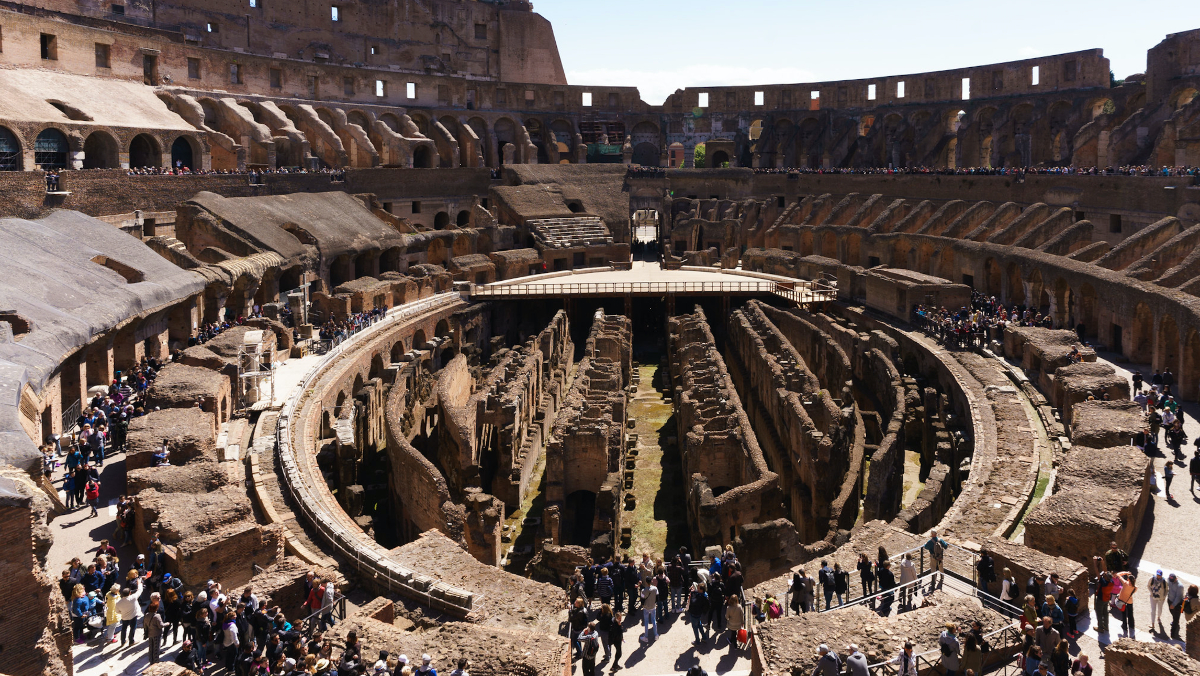 Once the renovations are complete, the new arena floor will also be used to stage “high culture” concerts and theater, Colosseum Director Alfonsina Russo told The Times. And while that is, of course, a much tamer use of the legendary amphitheater, nobody could justify using it for most of its original games. Even if everyone’s looking for a distraction from what’s going on in the world right about now.