Aside from David Blaine, the closest thing we humans have to real magic is technology. And while it’s taken a while, 21st century tech is indeed starting to astound in ways that boggle—and literally alter—the mind. Now, we can add to the list of real is that real? tech, rollable phones. Or at least the prototype of one, which puts on a genuinely surreal show.

The rollable gadget in the tweets above and video below is a concept phone that uses a flexible display to transform into a tablet. (Albeit a pretty small one.) The Chinese company, Oppo, created the prototype, which it recently debuted at its Inno Day 2020 event.

In terms of the screen specs, the phone (which comes via Gizmodo) is able to expand its high-def OLED display from 6.7 to 7.4 inches from corner to corner. And while that’s less than an inch of difference, it’s enough that it’d probably be noticeable with visual media. It also looks like it’d be the perfect size for reading a good digital novel.

It’s that magic trick of opening and closing that’s the real draw of the rollable phone, however. And from every angle the phone opening is a bizarre sight. Particularly when viewed from above, so that the back and sides of the phone are hidden. In some sense, we’d even say this is one of the most “liquid” screens out there.

Unfortunately, Oppo’s rollable phone doesn’t seem like it’ll come to market any time soon. It’s also easy to imagine the price tag on a gadget like this would be astronomical. But technology doesn’t have to be affordable to dazzle (although it’s cool when it is). And sometimes it’s probably even better not to own bleeding-edge tech. The ol’ “disappearing phone in the couch” trick never fails to elevate heart rates anyway. 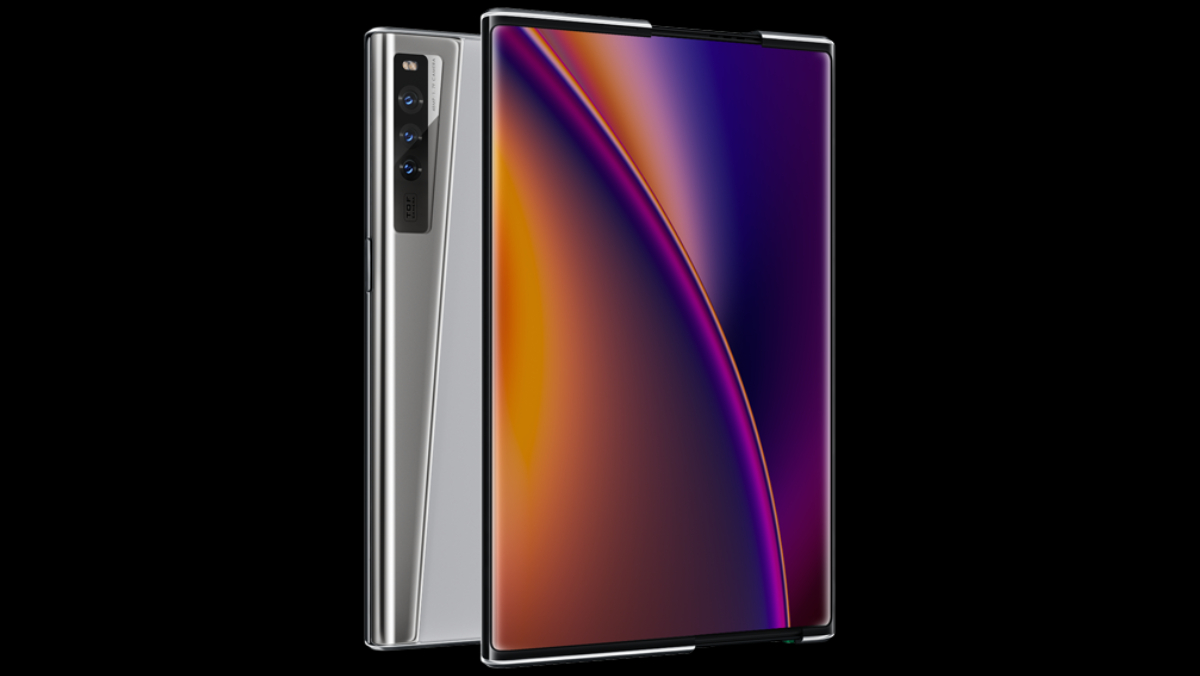