RICK AND MORTY Season 4 Continues to Challenge Its Fans - Nerdist

RICK AND MORTY Season 4 Continues to Challenge Its Fans 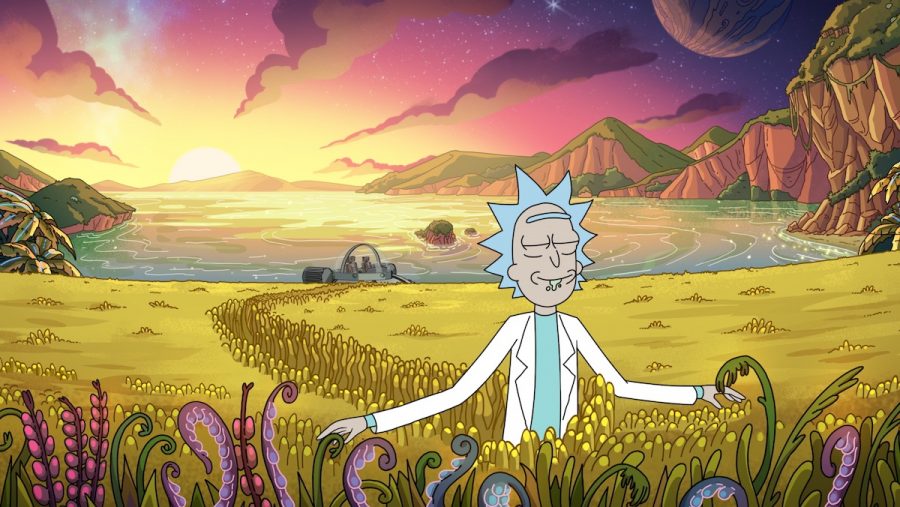 Rick and Morty began its fourth season by addressing fans who want the series to be more like it was in season one. The premiere’s message wasn’t subtle either, with Fascist Morty screaming, “I want to have fun, classic Rick and Morty adventures like in the old days!” The show continued its meta-commentary to its viewers in the season’s second episode. It was an unflinching reminder Rick Sanchez is not a hero anyone should be trying to emulate. 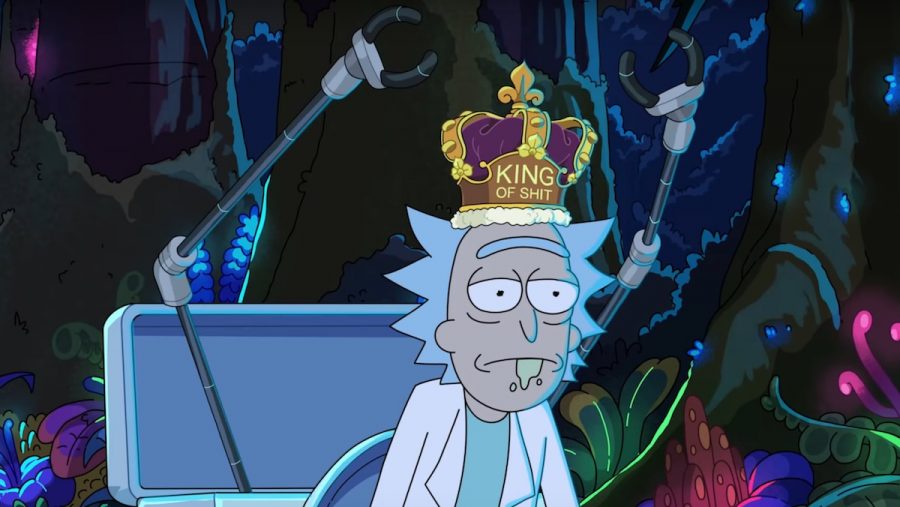 No well-adjusted person would lose their mind over someone using their secret toilet the way Rick did. He was so overcome with a desire for revenge he upended his entire life. He kidnapped 470,000 fly children and changed the outcome of a robot/dinosaur war just to find Tony. In a fraction of the time he could have simply put an impenetrable barrier around the entire planet. But the point wasn’t to keep his secret pooping place private; the point was to give himself a purpose, no matter how meaningless. Rick might be the smartest man in the infinite universes, but he has never figured out how to enjoy life.

The widower Tony understood that. He was using his wife’s death as an excuse to give up, something Tony recognized after Rick challenged him. That epiphany was how Tony knew Rick was suffering from the same kind of emotional paralysis. “You need the same thing I needed Rick,” Tony said, “You need someone to give you permission to live.” In classic Rick and Morty fashion, the most accurate insight into Rick Sanchez came from an alien going to the bathroom.

“You know what shy pooping is, Rick? It’s a pointless bid for control. You want to take the one part of life that you truly think is yours and you want to protect it from a universe that takes whatever it wants. It took my wife. It clearly took something from you. We can spend our lives fighting that, or we can choose to be free.” 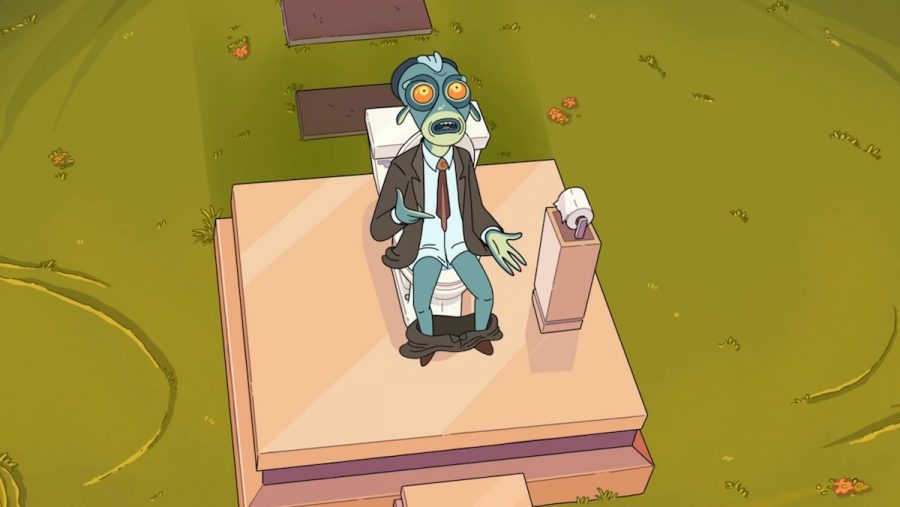 We still don’t know exactly what happened to Rick’s wife. Her death was teased in the season three premiere, but how much of that was a false memory is unclear. What does seem clear is something terrible happened to Rick long ago, something he couldn’t stop or change. That event drove him away from his daughter for years, and it made him bitter and mean.

What brought him back to her and his family? For all of his genius and the exciting things he does it’s simple—Rick is a lonely guy. Whatever the universe took from him also made it hard for him to let anyone in emotionally. It was easier for Rick to put Tony in a simulation than it was for Rick to let Tony be his friend. Rick does want and need a friend. Even if he won’t admit it, he knows that’s true. It’s why he tried to lure Tony back to his toilet planet and why he was so upset over Tony’s death on Space Mount Everest. Tony understood Rick and his pain in a way no one else does. 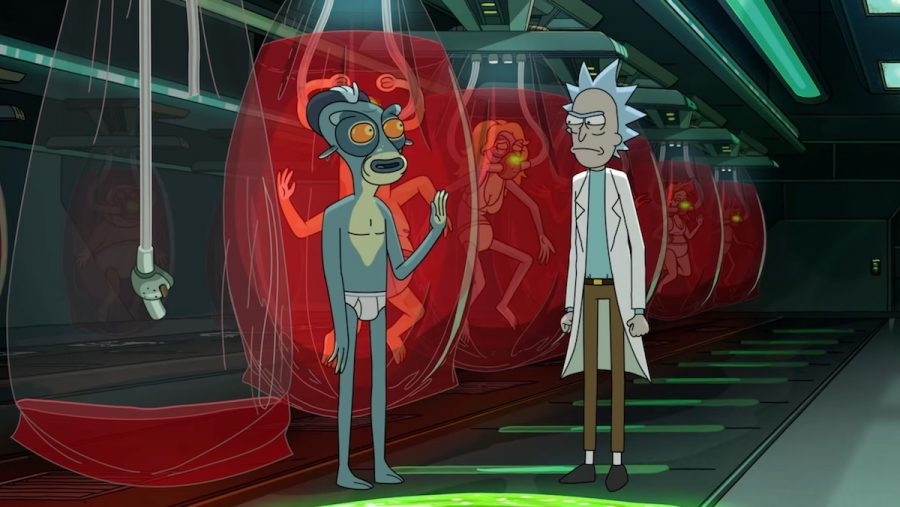 But while all of that might make Rick an empathetic character, none of it makes him the hero or philosopher he is considered to be by some. Rick is not someone anyone should look up to or admire. All of his relationships are toxic, and he’s a destructive force in every universe he travels to. He’s a genius who would rather use his skills to enact elaborate and deadly toilet revenge than make the world better. As a person Rick sucks, no matter how much some might think his nihilistic attitude and depraved indifference makes him worthy of being idolized.

And you know who agrees with that? Rick. He sat down on his own hologram, booby-trapped toilet because Tony’s death was enough to make Rick realize the truth about who he is. We heard it all in his own voice.

“Have fun with your stupid toilet that you get to use all by yourself now. Enjoy using it all by yourself, while you sit there and think about how nobody one wants to be around you. And how you ruin it for yourself because you’re a huge piece of shit. Look at you, sitting there, King Shit on his Throne of Loneliness. Enjoy this toilet with a thousand of me screaming every time you take a shit. All hail his majesty, the saddest piece of garbage in the entire cosmos. Long live the Big Bad Doo Doo Daddy! May his reign last a thousand years.” 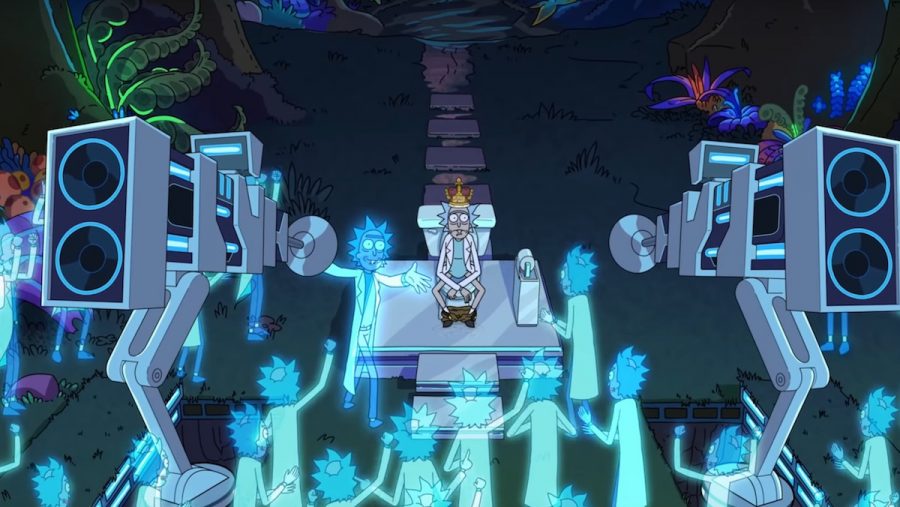 Rick has always been a compelling and dynamic character, one of the best on TV. He’s also genuinely sympathetic. But in “The Old Man and the Seat” he himself made it clear he’s not a good person, and he’s certainly not a hero. He’s a giant piece of shit.