RICK AND MORTY Fight Everyone in New Season 5 Trailer - Nerdist

RICK AND MORTY Fight Everyone in New Season 5 Trailer

Rick and Morty‘s fifth season hasn’t even debuted, and yet it’s already provided surprises. The first surprise: we won’t have to wait two years to watch it. The show returns to Adult Swim on June 20. That’s a paltry 13 months after season four ended. That unexpected announcement also included the first season five trailer. It was maybe the most bizarre in the entire history of the series. It didn’t hold that title for long, as the next trailer was even stranger. Clearly one of the most ridiculous shows on TV is about to get real out there. And if there was any doubt about that, its latest promo is the most absurd yet. Rick, Morty, Summer, Beth, and Jerry look poised to fight everyone and everything. Including what appear to be giant gun-toting turkeys hellbent on destroying America.

Rick and Morty went old school with this new promo. It uses one of the most effective trailer songs ever, “Sabotage” by the Beastie Boys. The track would work just for the clips showing Rick and Morty fighting huge turkeys. Something tells us Thanksgiving won’t be a piece of pie in a certain dimension this year.

It seems as though the President will fight alongside Rick and Morty to stop the giant birds. It’s nice to see those three patching things up. 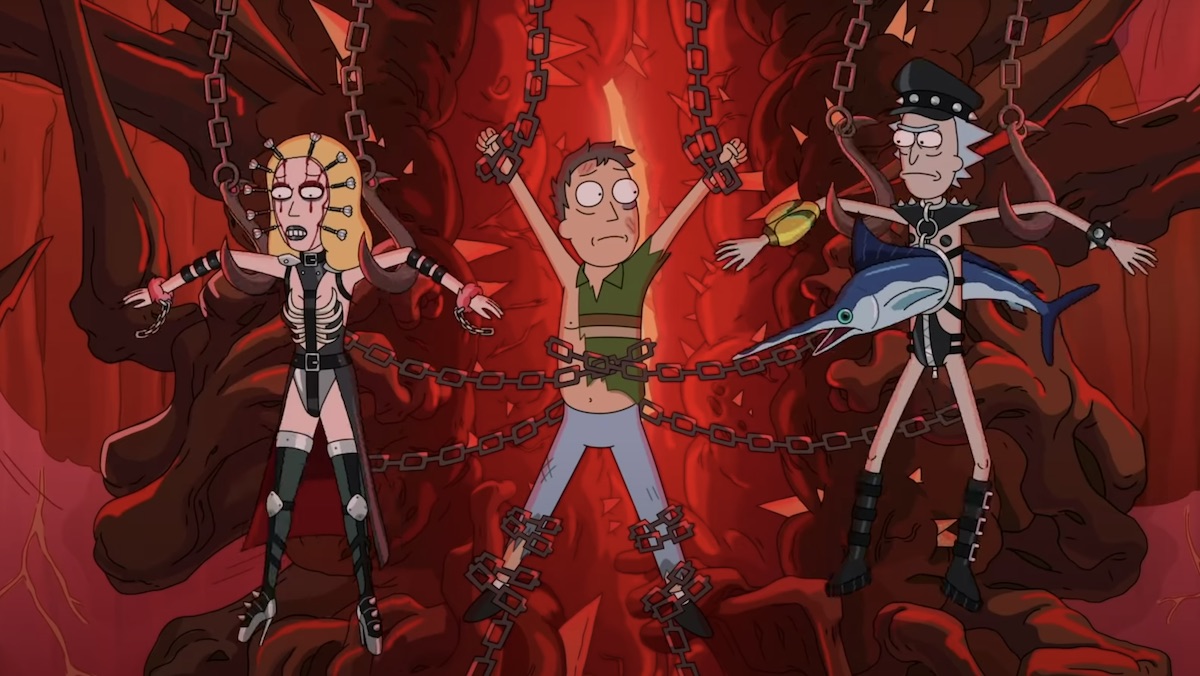 But the most surprising development? Jerry going on a job interview. Even with infinite universes, some things still seem impossible. Season five really will be the show’s weirdest yet.