What Is RICK AND MORTY’s Talking Cat’s Secret?

“I find the insinuation that I can’t ask questions and have fun condescending.”

We agree with the above quote from Rick, which is why we have some questions for Rick and Morty‘s mysterious talking feline. We enjoyed Jerry’s trip to Florida with the chatty cat in “Claw and Hoarder: Special Ricktim’s Morty.” But that was before we learned that the kitty is harboring a horrible secret. It’s something too terrible even for Rick to handle, but he might have no choice but to face it again. That cat could return for a horrifying season four finale. 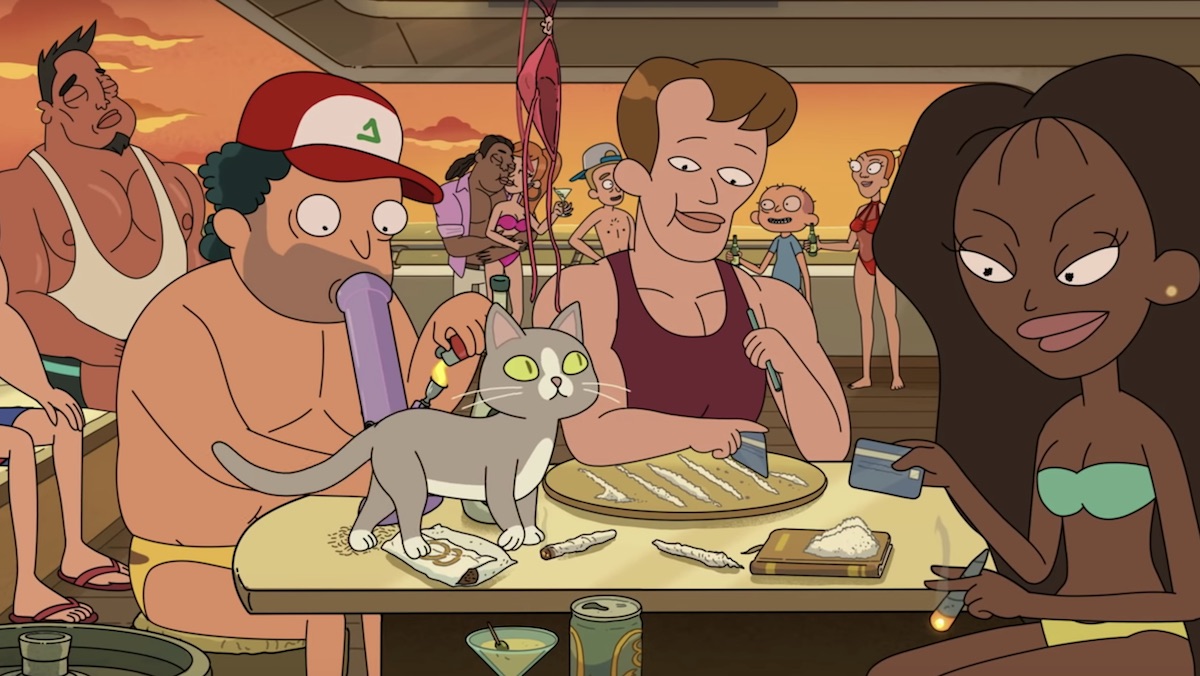 We learned a few things about the talking cat (voiced by Matthew Broderick). His sudden appearance is “an abnormal event unrelated to” Rick; he’s not from outer space; and he struggles with socializing. (Try to read the room—or in this case yacht.) There’s a reason he can talk, but he’s “ashamed” of why. Yet despite saying he doesn’t want anyone to ask him about his ability to speak, the cat brings it up constantly. It’s as though he has a terrible burden he needs to get off his little furry chest, even if he’s afraid to.

Rick and Jerry know what that shame is after scanning the cat’s mind. We don’t see the visions they see, but we hear what sounds like literal Hell, plentiful with the screams of young and old alike. It makes Jerry physically ill and leaves him in the fetal position on the ground. We expect that from him, but not Rick.

Rick has seen people die in truly horrible ways and watched entire planets and galaxies destroyed, often times at his own hand. Rick Sanchez is the universe’s greatest monster and a literal war criminal. Just this season he decimated an entire dinosaur army over someone using his private toilet. This is the guy who crossbred Abraham Lincoln’s DNA with Hitler’s and laughed at the literal Devil. But whatever that talking cat did in his past was so awful that it shook Rick to his core. 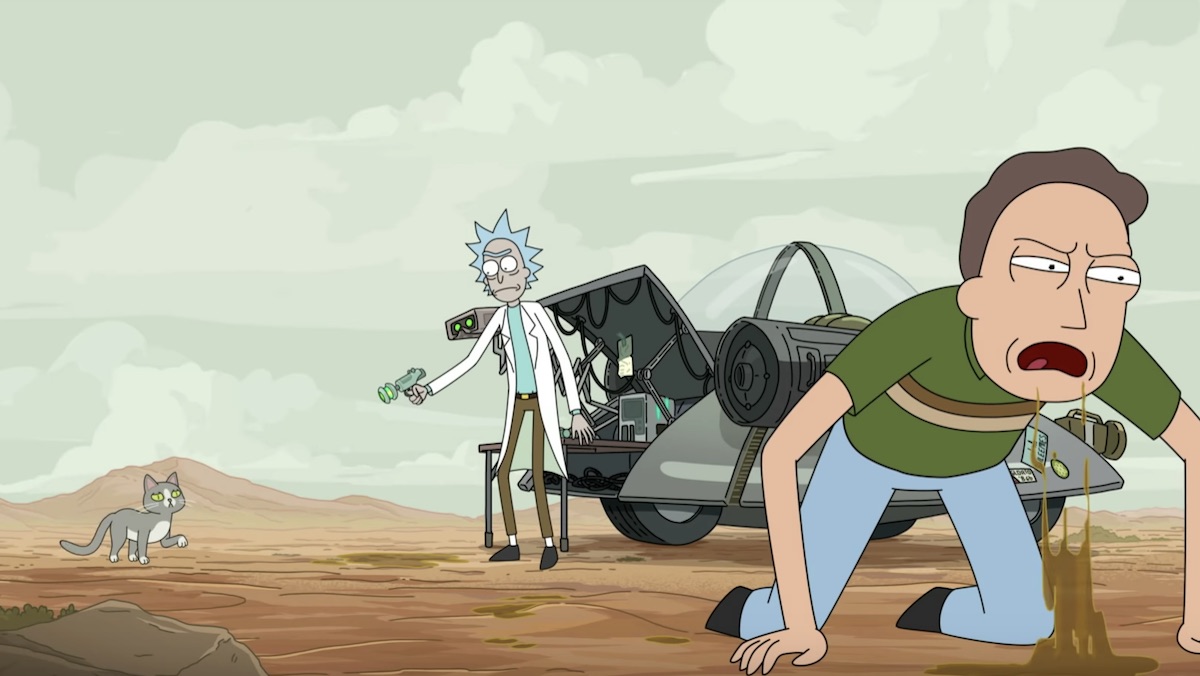 So who or what is the cat, really? What kind of non-space monster could be worse than Satan and Hitler? What creature could live up to that kind of impossible threshold of terror? It would have to be one of the most gruesome and awful beings ever, one not of this world. One like Cthulhu, who has appeared in every single opening credits sequence in the show’s history.

﻿ Rick and Morty‘s opening credits always include scenes that don’t actually appear in any episode, but only a couple have been included every season. One of them is a shot of Rick, Morty, and Summer holding a baby Cthulhu as they are chased by the mama. (It even got a special edit in Mr. Poopybutthole’s first appearance on the show.)

Fans have long wondered if this shot’s continued appearance means we will actually see this scene or Cthulhu in an episode. This past summer, Justin Roiland said there’s a chance they could do something with it someday.

﻿Is the upcoming season finale that very “someday”? Maybe. “Cathulhu” wouldn’t be the wildest Rick and Morty theory to come true. But no matter who or what that kitten really is, it certainly seems as though we’ll see him again, and maybe in the season four finale.

Rick uses Jerry’s dilemma as an excuse to get away from Morty’s dragon. “Whoa, Jesus, your dad’s been texting me this whole time,” Rick said. “He’s at an airport with a cat. That sounds—wow! I better check on him. Big season finale right there.” He is being facetious when he says all of that, but that is before he meets the talking cat and scans its mind to glean some insight into its horrific past. The kind of horrific past that would answer our questions and make for a fun season finale. 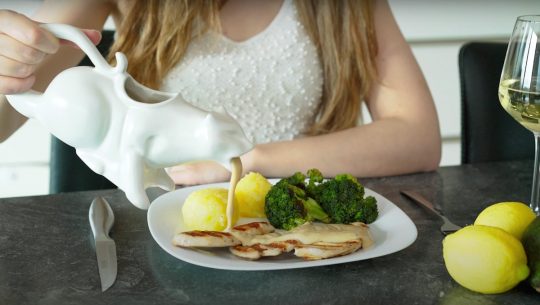