As  Rick and Morty fans we’re used to waiting—and waiting and waiting—for new seasons of the show. But hey, what’s a couple of years when it comes to one of the best comedies on TV? Technically it’s “a lot of frustration,” but this is no time to pull a Jerry and bring everyone down. Adult Swim has given us reason to celebrate. During the network’s very own answer to [email protected] they shared an early sneak peek at season five.

It features “Blade” Rick and Morty, a tender moment with Jessica, and the introduction of Rick’s unlikely nemesis. But even better is we might be closer to seeing the actual episode than we would have thought.

During the Rick and Morty virtual panel for Adult Swim Con, moderated by IGN‘s Terri Schwartz, series co-creator Dan Harmon shared the first look at season five. (Not to be confused with the great new anime short that was also released.) The animatic, an unfinished animated storyboard, seems to be a pre-credits table setter. It’s so good we’d like to watch the entire episode in this raw format right now. It starts in a crystal dimension, where each shard shows a different kind of Rick and Morty. That includes Pope Rick, the pair as birds, Morty holding a newborn Rick, Lumberjack Rick, Cool Morty , and Blade vampire hunter versions of the characters.

After Morty helps a desperately hurt Rick escape a giant tentacled monster by fleeing through a closing portal back to their dimension, Morty calls Jessica to say goodbye. Turns out she’s been waiting for him to actually tell her he likes her. Desperate to finally get that date with her, Morty decides he wants to fight to live. He then manages to crash land in the ocean. Unfortunately that’s when the real problems start.

Morty violated the sacred treaty between land and water, and now Rick must fight his nemesis, Mr. Nimbus. Yes, Mr. Nimbus. This guy. 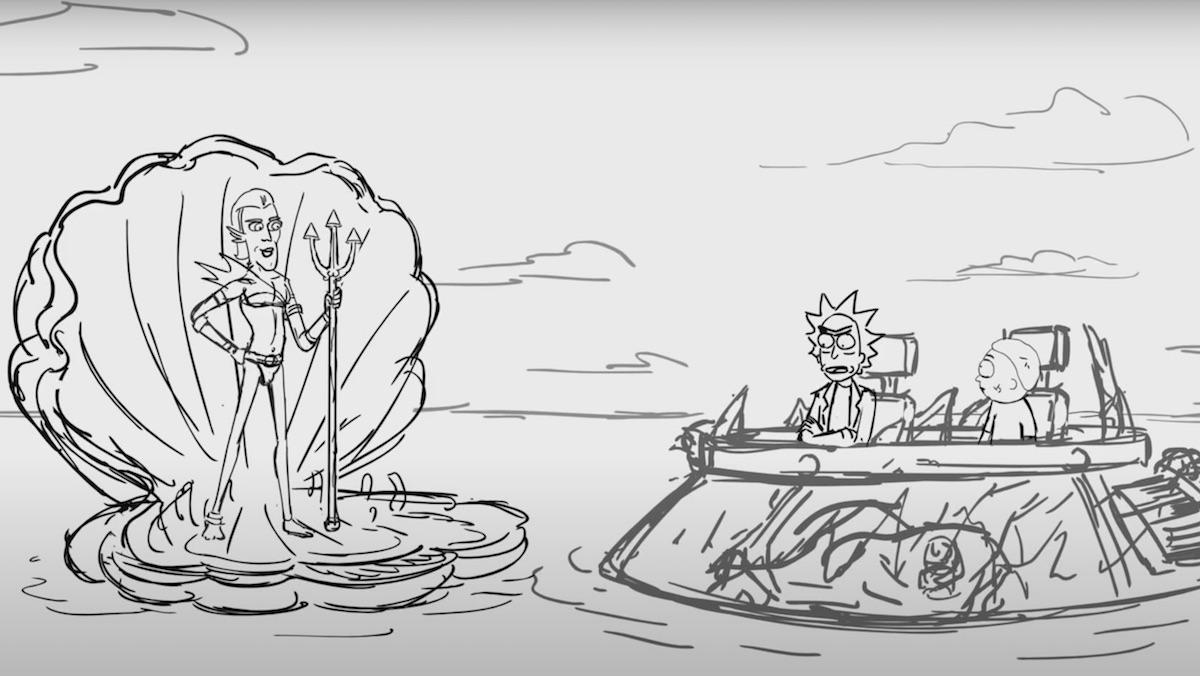 Amazingly, Adult Swim might do that a lot sooner than normal Harmon said the new season is ahead of schedule. Which never happens. They’re essentially done writing season five, and are already working on season six scripts.

Rick has Mr. Nimbus. Rick and Morty fans have time. In season five hopefully both nemeses will be defeated.