We’re not confident 2019 will ultimately be remembered as one of the better years of the 21st century, but we know it won’t be the worst. It can’t be, given that it will see the release of new episodes of Rick and Morty. The show will return from its longest hiatus ever this November with the series’ fourth season, which just got its first trailer. It promises plenty of classic Rick and Morty adventures full of death and danger, and it features the return of some of our favorite side characters ever. Unfortunately it’s not all good news, because we’re only getting half a season to start.

Wubba lubba dub dub, it’s Mr. Poopy Butthole! Not that we’re surprised to see him. We always expect him to show up least once a season now, along with Revolio Clockberg Jr. (a.k.a. Gear Head), who also pops up here taking a bullet to his gear brain. One character (or group of characters) we are surprised but thrilled to see is Mr. Meeseeks. The single-purpose blue helper with the necessarily short lifespan has always been one of the funniest side characters on the show, but he hasn’t been seen since the first season’s fifth episode, which premiered all the way back in January of 2014.

Based on the carnage all the Meeseeks are running around in this trailer, it seems this appearance will be even more destructive than when they tried helping Jerry knock two strokes off his golf game. 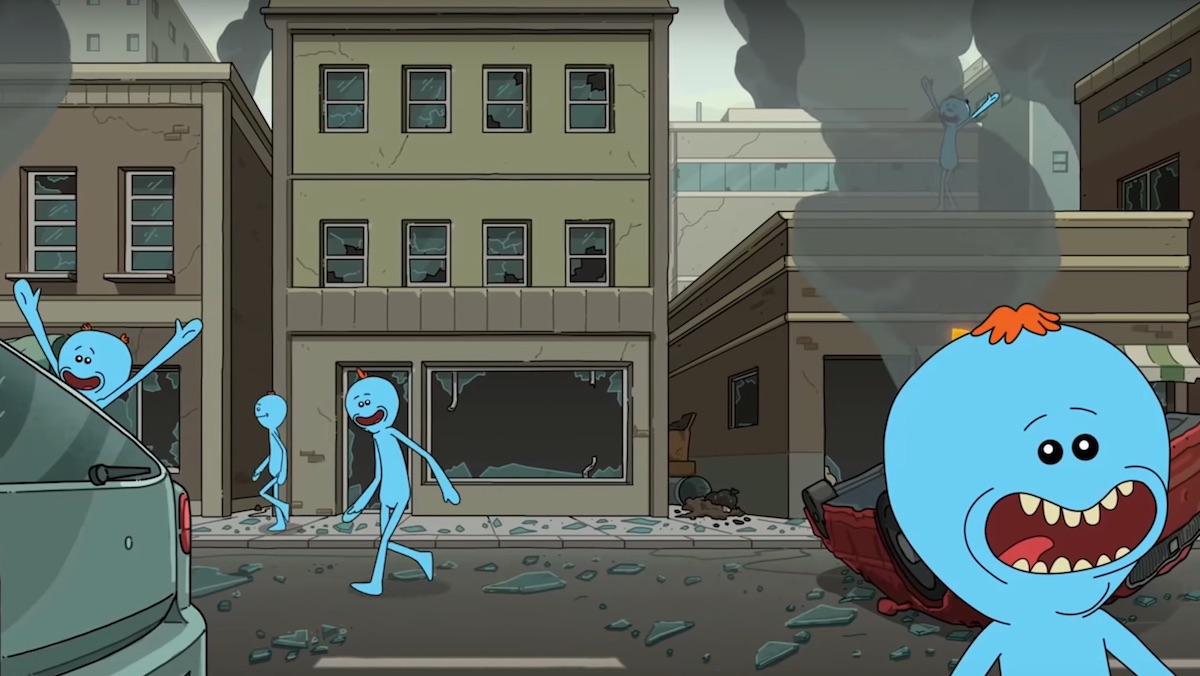 The only disappointing part of this trailer is the announcement that starting on Sunday, November 10, we will only be getting five episodes. “Half the season you deserve. All the season we can handle.” We haven’t waited almost two years for new episodes only to get shortchanged, so we’ll take comfort in Adult Swim calling it “half the season.” That implies another half… right?

And if we do only get five episodes in season four, we’ll just ask Mr. Meeseeks to make five more.