Loving Rick Sanchez is a lot like loving Rick and Morty. Most of the time he disappears for far longer than you are emotionally prepared to deal with, creating a void in your life that no one else can truly fill. Everyone who cares about him is completely and totally loyal to him, often to a fault (see: Sauce, Szechuan). And he knows how to give you juuuust enough affection to keep you desperate for his return. For his family all he has to do is offer a small compliment. For fans of the show all Adult Swim has to do is offer us two new images from season four, which now have us feeling squanchy about the show’s return in November.

The promised land is near. Here are the first images from Season 4. #RickandMorty @adultswim pic.twitter.com/6kJUgIjbsj

EW shared the first two looks at the long (long) awaited next season, which debuts this November. In the first photo a serene Rick walks with his eyes closed through the strange flora of an alien planet. Whether this is a place we’ve seen before is unclear, but Rick is alone, and he seems very happy about that.

The second photo looks a lot more like the type of situation we’re used to seeing Rick in. He’s surrounded by a squadron of lizard soldiers. They are reminiscent of the dead Vindicator Crocubot, but they don’t look to be the same species. With those tubes flowing into their noses, these could even be super soldier velociraptors.

And nooooow we’re going to be disappointed if they aren’t. 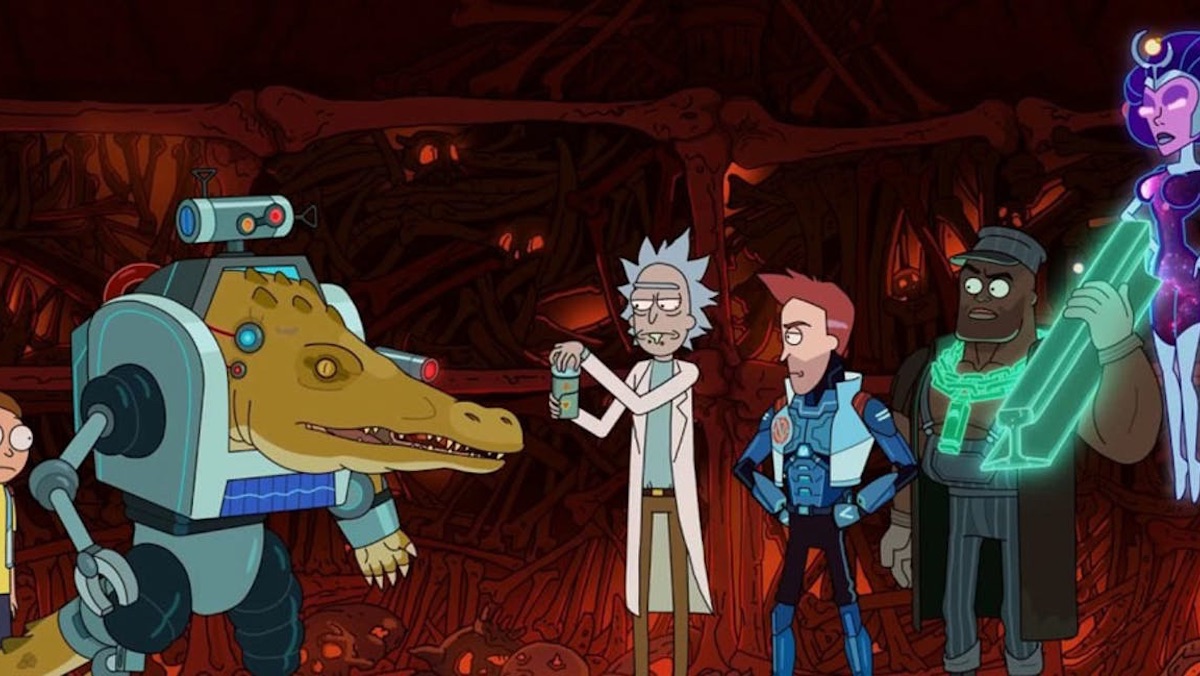 Also notable is a fallen robot on the ground. Is this a new friend or creation of Rick’s? Or an enemy he chased onto this planet? With Rick and Morty the possibilities are literally infinite. How long we wait between seasons only feels infinite.

But if loving Rick Sanchez was easy everyone would do it. Except maybe Jerry.