RICK AND MORTY's Sincere Case for Being Cringe - Nerdist

RICK AND MORTY’s Sincere Case for Being Cringe

No one is ever safe from being dubbed “cringe.” It doesn’t matter how cool you think you are, or how popular and successful you might be. You and your famous friends are one embarrassing rendition of “Imagine” away from all earning that sharp rebuke. But Rick and Morty‘s “Amortycan Grickfitti” showed why some things are worse than being cringe. Because the only thing lamer than being lame is thinking you’re better than those unafraid to be sincere.

Episode five of Rick and Morty‘s fifth season didn’t exactly hide what it thinks about those who mistreat the “uncool.” Jerry’s inability to recognize how the world sees him, and his naive trust in others, brought joy to literal demons who find pleasure in the pain of others. And Jerry’s general lameness is painful. Not that Jerry’s own family treated him any better than those Ceno-likes. They too used Jerry’s lack of self-awareness for their own gain: Rick to get out of a debt, Beth so she could feel superior to her husband while impressing her dad. Their disregard for Jerry’s feelings continued the on-the-nose analogy by leading all three to actual Hell.

It was there that Rick learned a hard truth about him and his son-in-law. “Cringe cannot exist in a vacuum,” because it’s a relative term. Something can only be square/geeky/awkward if something else is hip/happening/tight. And the other side of that cringe coin made Rick and Jerry a “package deal.” Because while Jerry is lame, Rick is “the lamest thing of all,” someone who thinks he’s cool. 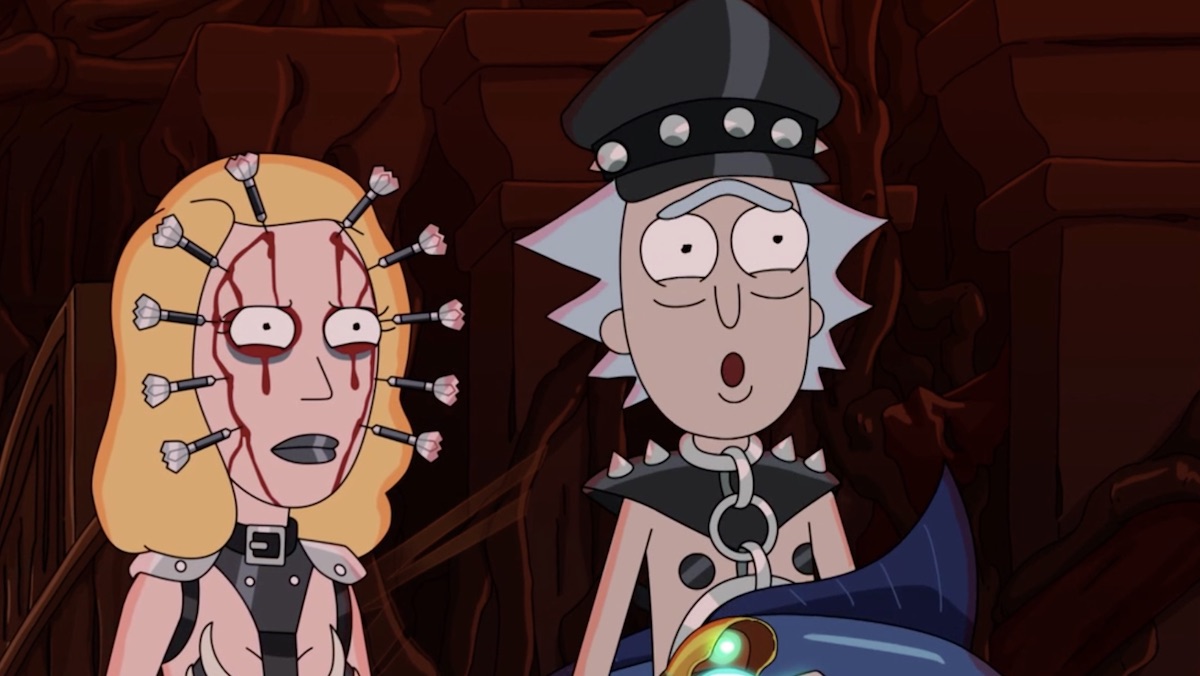 That revelation has been and always will be true. People who mistreat others are actually just a-holes. It forced Rick to be the one thing he hates most of all: sincere. The emotional detachment Rick typically wears as a shield wasn’t going to get them out of Hell. Rick had to honestly, without a knowing wink, own his mistakes and tell Jerry how he actually feels about him. “I shouldn’t have kept you in the dark about the deal I made with these evil dickweeds,” Rick said. “You’re way less cool than me, but it’s not cool of me to celebrate that. If I’m genuinely cool I should be able to love you, which I, therefore, do.”

(Note: Rick’s threat to Jerry when they got back to Earth, about replacing Jerry next time, didn’t negate what happened in Hell. The machine worked because it killed the demons with “100% sincerity.” And it needed an “embarrassing level” of sincerity just to jumpstart the process. Rick told the truth down there. Yay Jerry!) 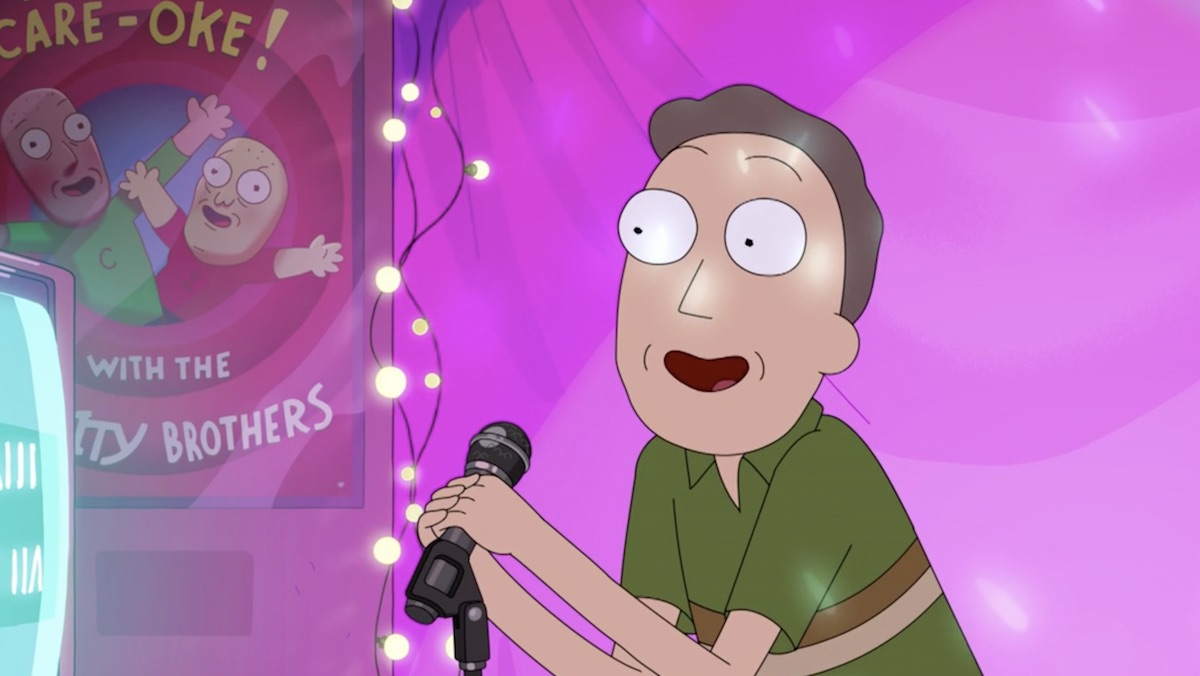 Rick’s approach to life is pretending he doesn’t care about anything. It doesn’t always work, but that general attitude is his defense mechanism. It protects him from feeling pain. If you don’t care about anything, nothing can ever bother you. And if you never fully commit to loving something, your sincerity can never be used against you either. You can’t be embarrassed by your favorite movie or book if you like them “ironically.” That way, if someone you think is cool, or someone who can make you feel bad about yourself, says a thing you like is dumb you can technically agree with them. You can play it cool by denying your own emotional attachment and sincerity.

But as this episode also made clear with its other subplot, that’s not a healthy approach to life. Caring about where you stand in the social hierarchy doesn’t lead to happiness. For Morty and Summer it almost resulted in them dying. And that detached attitude is how you end up ditching your new friends who gave you the “experience of a lifetime.” All for the constantly changing, nebulous moniker of being “cool.” But a Bruce that’s cool one minute can be a total Chut-pants the next. And that guy is not only uncool, he doesn’t have any friends either. 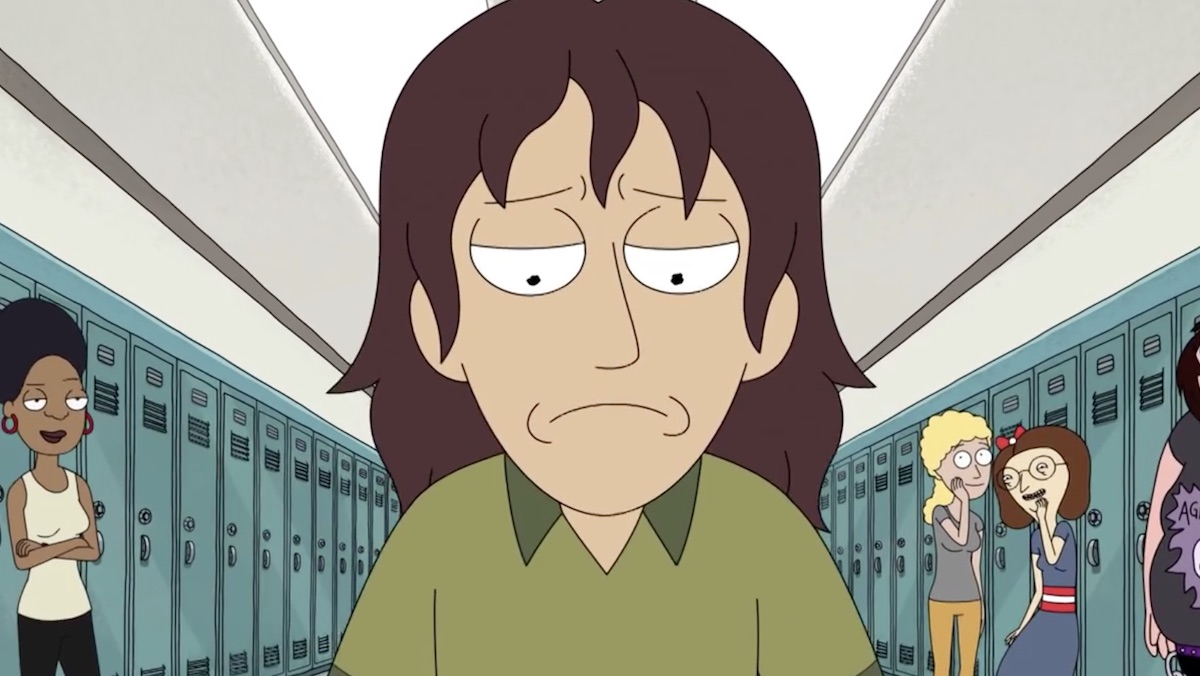 The entire Smith clan avoided calamity because they all acted more like Jerry: they were sincere with themselves and others. For Rick it was telling his son-in-law he really does love him. For Morty and Summer it was recognizing how their own quest for social standing led them to project their insecurities on an emotionally-distant idiot with great hair and a slacked jaw. There was nothing cool about any of them acting like they didn’t care. Or caring too much about what others think. Because while being vulnerable might end up with you being hurt, never being vulnerable definitely will.