Let the billionaire space wars continue. With the deepest of sighs, I am here to report that Richard Branson is also going to space. In just over a week. The Virgin Galactic founder announced that he is blasting off on July 11 as part of VSS Unity‘s next test flight. What’s more, he’ll be live-streaming the event for all to see. (We first saw this at Gizmodo.)

You may be wondering what that means for Jeff Bezos, the Amazon founder and briefly the first billionaire with tangible plans to venture beyond Earth’s atmosphere. As of this writing, Bezos’ vessel, New Shepard, will blast off on July 20. Just nine days after Branson’s jaunt to space. And aboard the New Shepard is a very special person astronaut: Wally Funk. Funk trained to be an astronaut as part of NASA’s Mercury program in the ’60s but was denied the opportunity to go to space because she was a woman. She’ll join Bezos, his brother Mark, and the currently unnamed auction winner for the fourth seat; the latter paid an astounding $28 million to spend some quality time with the Bezos brothers. (And now Wally Funk, of course.)

Just last week Branson indicated his plans to leap-frog over Bezos and reach space first when the FAA upgraded Virgin Galactic’s license, allowing for paying customers to be on board. The FAA upgraded the license after a successful May test flight.

The “Unity 22” mission is the 22nd test flight and also the first fully crewed test flight. Branson’s role aboard the craft is to test the “private astronaut experience.” Here’s who is joining Branson—a.k.a. Astronaut 001—for the mission aboard VSS Unity: Pilots Dave Mackay and Michael Masucci, along with crew specialists Beth Moses, Colin Bennett, and Sirisha Bandla. Additionally, CJ Sturckow and Kelly Latimer will fly the VMS Eve. 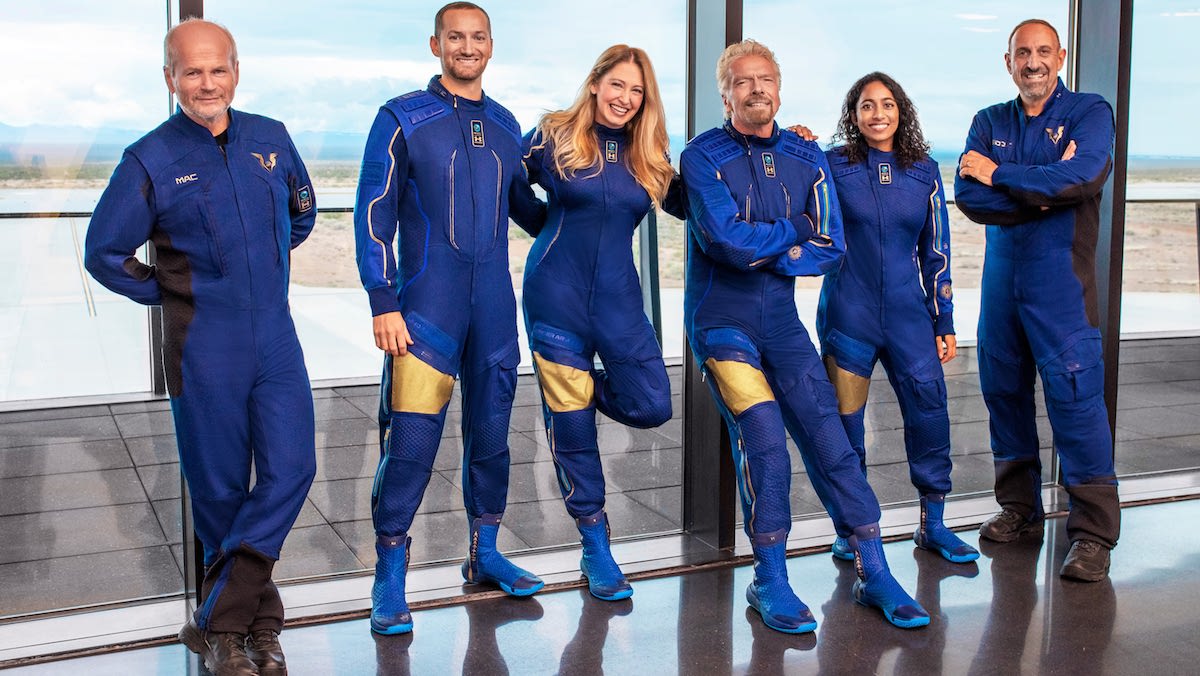 In the video, Branson says he’s always been a dreamer, but he’s not the only one. Elon Musk, famously, is another member of the billionaire space club. His space-related venture, SpaceX, is already planning an “all-civilian” trip to space towards the end of 2021, led by a tech entrepreneur. And in just a few more years, billionaire Yusaku Maezawa will take off on a trip around the moon in a SpaceX ship currently in the works, the Starship.

While Musk has indicated he may join Maezawa, Bezos’ and Branson’s imminent space adventures could push the Tesla CEO to reevaluate those plans. Who knows? At the rate we’re going I certainly wouldn’t be shocked if Musk pops up on Mars next week. Keep Perseverance company, if only for a minute. 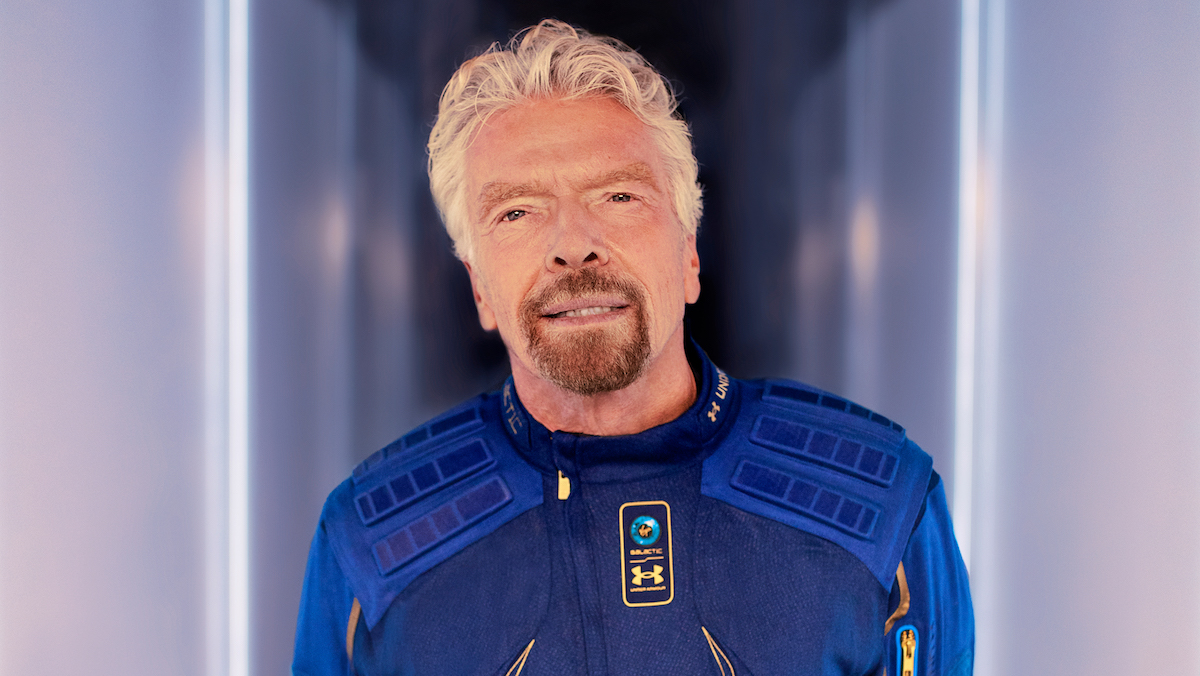 Branson teased a special announcement upon his return, indicating Virgin Galactic will ramp up its space tourism plans. Branson says, “Space belongs to us all.” But it currently looks as though space really belongs to the very wealthy paying customers while the rest of us peasants wither away on a crumbling planet. But, really, space belongs to the aliens, and that is perfectly fine with me. They seem cool.