If you had all the money in the world, what would you do? Would you feed the hungry? House the unhoused? Maybe buy a Porsche and drive around throwing stacks of hundred dollar bills around Jesse Pinkman-style? Or would you do what the actual man with all the money in the world is planning to do and leave it all behind—if only for several minutes? Because Amazon owner Jeff Bezos is doing just that. He’s going on his company’s first manned-flight to space. And here’s how to watch.

Blue Origin has announced owner Jeff Bezos and his brother Mark will join the company’s New Shepard rocket ship for its first human flight on July 20. (Which we first heard about at CNN.) This follows twelve unmanned test flights for the company, first founded in 2000. Joining the pair are Wally Funk, a trained astronaut from NASA’s Mercury program in the ’60s who wasn’t able to go to space. At 82, she’ll be the oldest person in space.

The final member of the crew is 18-year-old Oliver Daemen, who took the spot of the auction winner after a scheduling conflict. (A scheduling conflict after paying $28 million to go to space? Talk about timing.) The Dutch teen is now the first paying customer for Blue Origin’s space program. Proceeds will to Blue Origin’s foundation, Club for the Future. Whose goal is “to inspire future generations to pursue careers in STEM and help invent the future of life in space.”

Bezos shared the news with a video showing him surprising his brother with the invite. Calling Mark his “best friend,” Jeff Bezos says this is a dream he’s had since he was a little kid. And he there was no one else he wanted to do it with than his brother. Well, besides a rich stranger, apparently.

Set to launch on July 20, the flight will take place 15 days after Bezos formally steps down as Amazon’s CEO. It will also make him the first billionaire to ride his own spaceship. That is unless Richard Branson decides to try and beat him to the galactic punch with a last-second emergency trip of his own.

The Bezos brothers big ride won’t last long, though. The 59-foot rocket will depart from West Texas and take the six-seat capsule on an 11 minute journey. It will just reach just past Earth’s atmosphere into space. More than 60 miles above Earth. Though the trip will be short, it will give its riders a world-class view. The capsule features the largest windows ever included on a spacecraft.

Hopefully that view will provide him with a new perspective on the world. There’s a lot of good his fortune can do back here once he’s done flying to space. 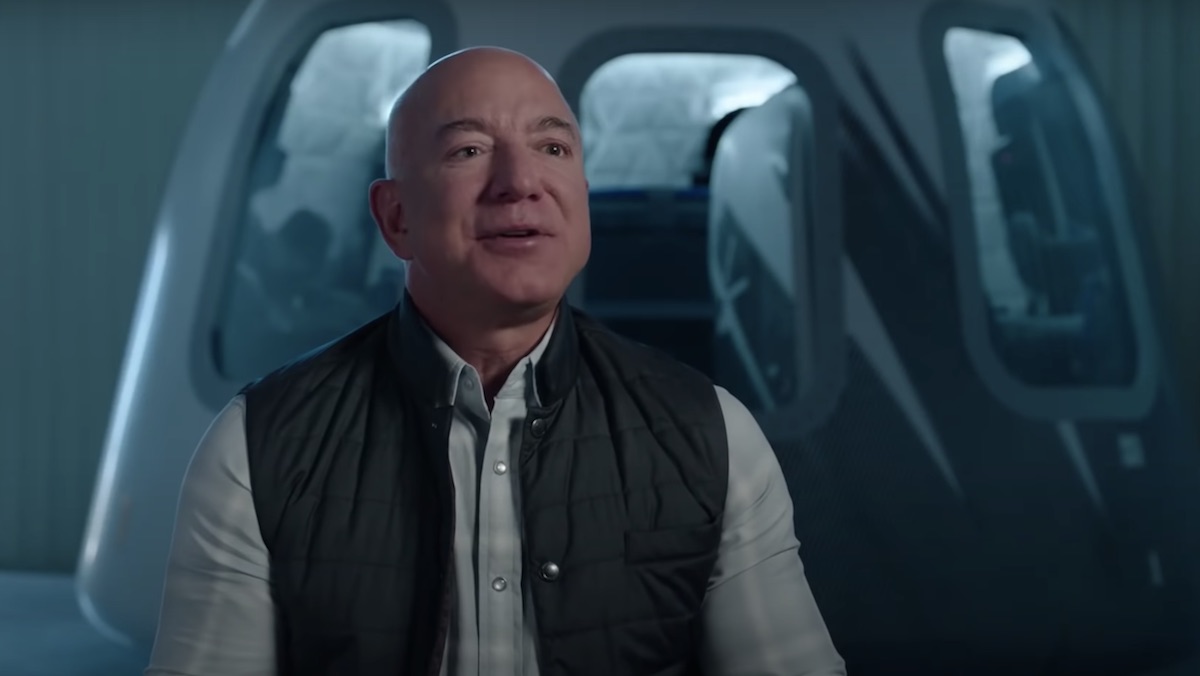