On May 5, SpaceX achieved a major breakthrough in its efforts to develop a reusable space transportation system. The company launched and then safely landed its SN15 Starship prototype. It was the spacecraft’s fifth attempt, and the only one to be a total success from start to finish. No explosions this time. But SpaceX isn’t taking it slowly before moving onto the next stage of its mission. It has already filed paperwork with the Federal Communications Commission to send its Starship into orbit. 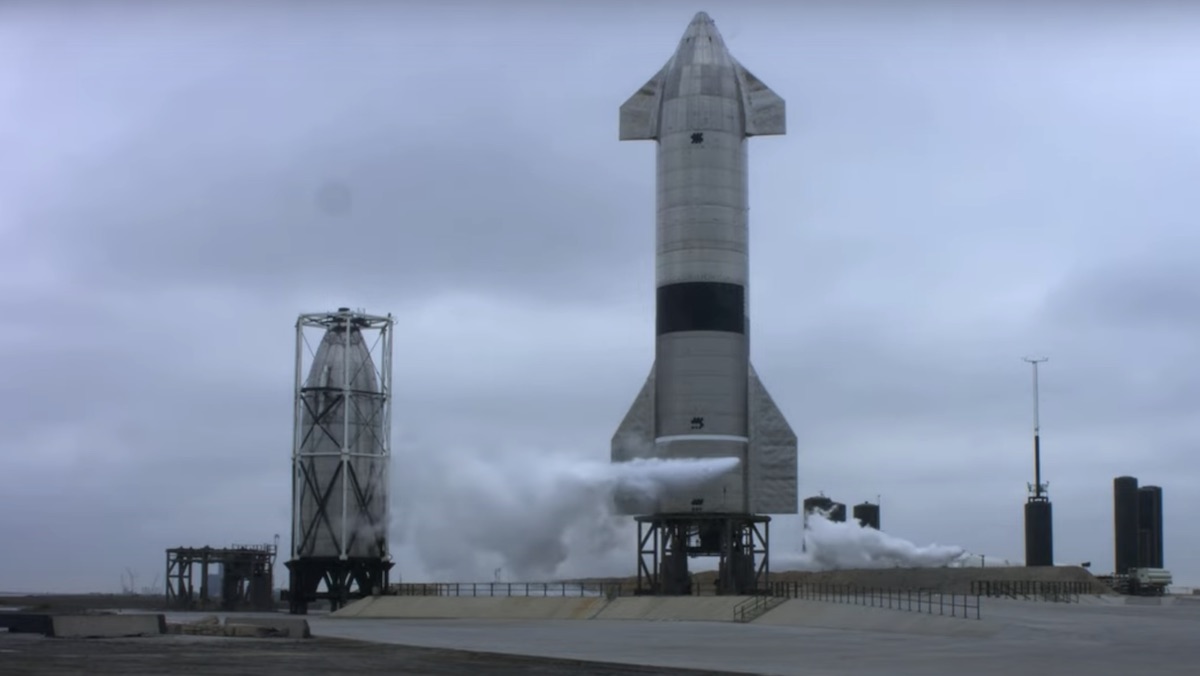 SpaceX has submitted plans to the FCC for Starship’s first orbital flight. (Which we first heard about at Engadget.) Outfitted with a Super Heavy booster rocket, the test flight will originate from the company’s Starbase in Boca Chica, Texas. According to the formal submission, the Booster will separate approximately 170 seconds after takeoff.

It will then “perform a partial return and land in the Gulf of Mexico approximately 20 miles from the shore.” Meanwhile, the Orbital Starship will continue on its flight between the Florida Straits.

If everything goes to plan and the craft does reach orbit, it won’t be there for long. SpaceX says SN15 “will achieve orbit until performing a powered, targeted landing approximately 100km (~62 miles) off the northwest coast of Kauai in a soft ocean landing,” roughly 5,240 seconds after takeoff. That works out to just over 90 minutes total. That should be plenty of time though for the company to fulfill its formal objectives it filed with the FCC:

“SpaceX intends to collect as much data as possible during flight to quantify entry dynamics and better understand what the vehicle experiences in a flight regime that is extremely difficult to accurately predict or replicate computationally. This data will anchor any changes in vehicle design or CONOPs after the first flight and build better models for us to use in our internal simulations.”

This mission is the next step in SpaceX accomplishing its ultimate goal. It hopes to develop a “reusable transportation system designed to carry both crew and cargo on long-duration interplanetary flights, and help humanity return to the Moon, and travel to Mars and beyond.”

Not having the SN15 Starship blow up when landing was obviously an important step in that process. Even if you can reach orbit, what good is a trip to the Moon if its not roundtrip?