RELIC, HILL HOUSE, and the Vitality of the Haunted House

This post contains mild spoilers for the film Relic.

“It watches,” he added suddenly. “The house. It watches every move you make.” ― Shirley Jackson, The Haunting of Hill House

Houses are exoskeletons. We sigh, and they sigh with us. We cry, we scream, we shake, and our actions imprint in the rooms within, fossilized into wallpaper patterns and grooves in the ceiling. Houses know us intimately. They have souls and they have secrets. Our secrets.

We are home now more than ever. A pandemic rages outdoors, and our walls protect us; sheaths of brick and beam that ward off evil. That is the primal purpose of a home after all: protection. But within this notion, terror bubbles. Because what could be scarier than the betrayal of that protective foundation? What happens when the familiar curdles into something malicious? If our homes turn on us, what’s left?

The house as a vestige of memory is a central theme in the new horror film Relic, from writer/director Natalie Erika James. She based the story, in part, on memories of one of the scariest places there is: a grandparent’s house. 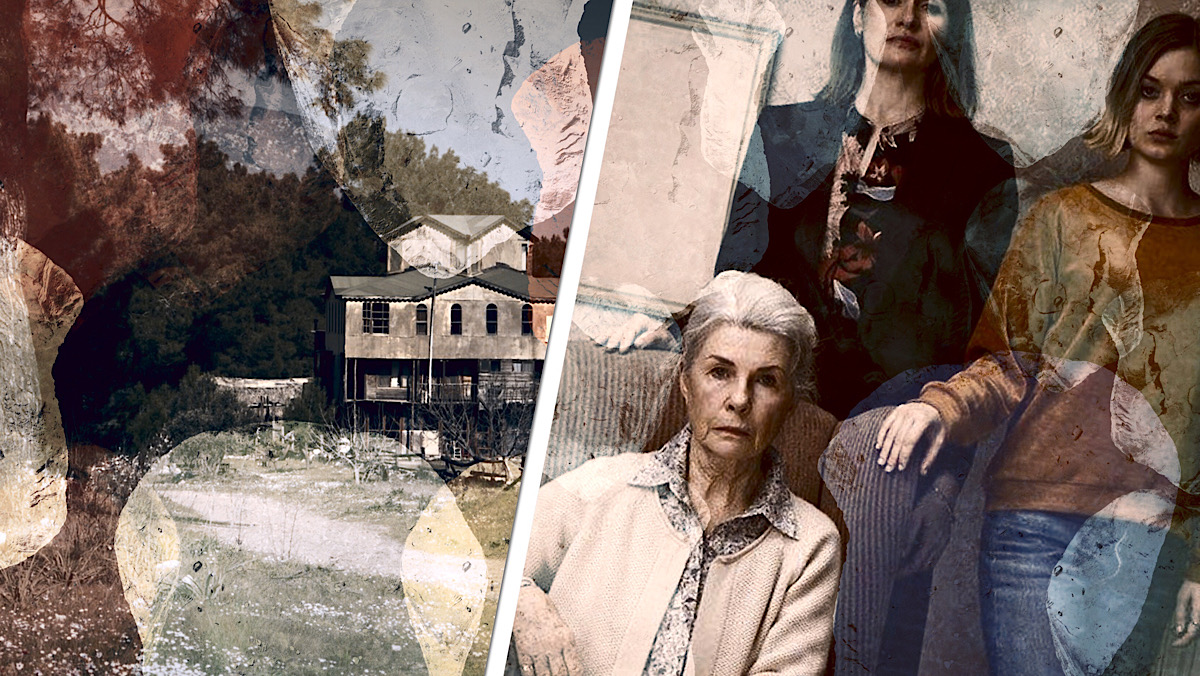 “As a kid, [your grandparent’s home] is an unfamiliar place to you,” James said. “I used to spend my summers at my grandmother’s place in Japan and it freaked me the hell out. Only during nighttime, of course. Going to the bathroom in the middle of the night was my worst nightmare.”

James was told stories by her mother of the home’s earlier days, when she would creep outside to use the outhouse and look out at the shadowy bamboo forest wrapped around the premises. Imagine the darkness, spiked with yellow teeth. Yards can be just as frightening, with their crevices and adornments.

“The family home is supposed to be a safe space.”

All of these little things become the stories we tell and pass along like totems. Family homes especially tap into that fear of the familiar turning on you at your most vulnerable. “The family home is supposed to be a safe space,” James said. “To subvert that is particularly scary; to think that the horrors are inside the house. I was really attached to the idea of creating a space that at once felt very comfortable and familiar, but then—over time and through the perspectives shifting in the film—becomes really unfamiliar.”

This device helps tell the story of three generations of women dealing with their grandmother’s Alzheimer’s diagnosis. The home, in this case, is symbiotic with her disease. “It mimics the emotional upheaval that you go through when someone that has only ever looked at you with love starts to look at you like a stranger,” James explained. “[It’s finding] the uncanny terrors in the banal and how something very close to you can slowly become other or alien.” 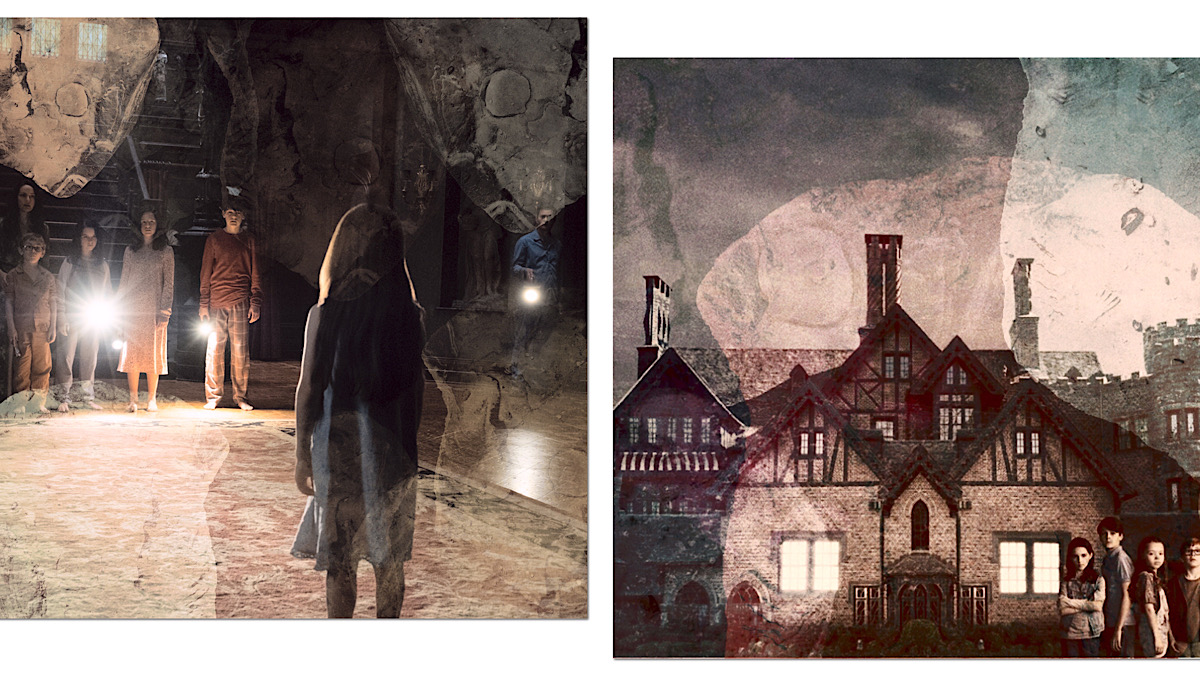 Another filmmaker well versed in haunted lore is Mike Flanagan, whose recent Netflix series The Haunting of Hill House adapted one of the most famous haunted house stories of all time. Flanagan mined Shirley Jackson’s novel of the same name to tell the story of the Crain family, who suffer immense generational trauma when they move into a haunted house. Their mother dies in the home, which continues to haunt them from afar—seeping into their memories like poison, shifting the panels of their dreams into the beams of the house that trapped them long ago.

As with Relic, Hill House comes to symbolize the fraught mental state of the Crain matriarch, Olivia, and later of her children. “I think of the house as kind of bedrock to represent mental stability,” Flanagan explained in a recent chat with Nerdist. “It’s meant to be that all the angles are 90 degrees. It is ordered geometry: clean rectangles and squares and circles. And then you bring a human being into it, and the house becomes this thermometer for the state of their mind.”

“The house is that connected to the state of mind of the person inside of it.”

That’s an especially apt point to make now, in quarantine, as our own fragile minds are molded like clay. The terrors of the real world—frightening and unknowable—are tracked on the internet; horrific information is right at our fingertips. Our houses, like the house in Relic that twists into a labyrinth, or Hill House, which fills with ghosts whenever it goes mad, can physically reflect the state of our conscience.

“The house requires regular maintenance,” Flanagan said. “It requires things to be replaced and updated and cleaned. If you let that go, this ordered reflection of your psyche starts to crumble and fall apart and gets distorted, moldy, gross. You can walk into someone’s home if they’re really in a bad way, mentally, and you can identify that just by looking around at the environment. You can say, ‘Whoever lives here is not right.’ The house is that connected to the state of mind of the person inside of it.”

It’s a rich storytelling device for creators like James and Flanagan because it uses that primal horror to say so much about the characters within. “You’re always looking, in a story, to find a way to talk about the true kind of mental and emotional state of a character without them talking about it,” Flanagan said. “How else can you show it? A house, especially a haunted house, for me is a treasure trove of ways to do that.” 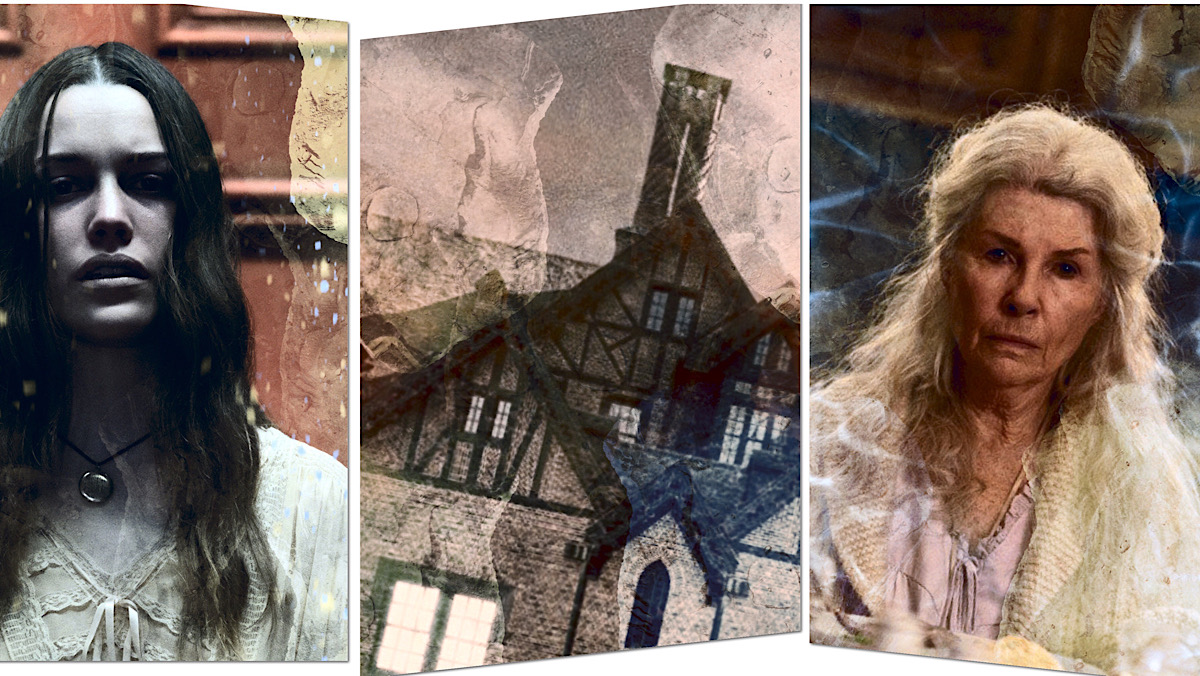 In Relic, Edna—the grandmother afflicted with memory loss—is so tied to the identity of her house that it pantomimes her fears and grief. “She even says in the film, ‘This house is the only thing left,’” James explained. “It’s the last vestige of a time where she really felt like she was herself, before everything started to fade, before people started to die, before kids grew up and moved away. You feel the echoes of those times in the framework of the house. In the wear and tear, in its decline, in the objects accumulated over the years and the significance of those things.”

Our cultural fascination with houses is likely stemmed from this personification; the connections we draw between structure and living thing. For Flanagan, the obsession with houses began at a young age, when he was drawn to alleged real-life haunted homes like Amityville and the Winchester Mansion. He’s so enamored with the genre, that he developed The Haunting into a literary anthology; he’ll next tackle The Turn of the Screw and other Henry James ghost stories in The Haunting of Bly Manor, which he referred to as a “gothic romance.” For him, beyond just personification, haunted house fables present an opportunity to see characters from a unique vantage point.

“When we’re within the walls of our home, we are more ourselves.“

“I think there’s something very interesting about the different ways we behave at home versus how we behave out in the world,” Flanagan explained. “When we’re within the walls of our home, we are more ourselves. We let our pretenses go, and we put down the performance we put on at work or with friends. So, from a storytelling perspective, you get a lot more out of watching a family interact with itself in its home. You cut through a lot of the bullshit. You really get to know how people are going to behave, who they really are, just because we’re more honest in that environment. That is a really delicious thing to play with for me.”

As we sit at home, the walls of safety closing in around us—the pandemic shifting our perception of not only the world at large, but the micro worlds we inhabit daily—it’s easy to wonder what horror stories will emerge next. How the masks we shed indoors create new kinds of monsters. How our interactions with family will color the fiction we might write to life.

What ghosts will we reckon with when given the opportunity? The genre will likely shift now that we all have our own haunted house stories to tell: memories of illness and fret trapped in amber. It will only get scarier.