A Haunted House Knocks Back In RELIC Clip (Exclusive) - Nerdist

A Haunted House Knocks Back In RELIC Clip (Exclusive)

When you think of haunted houses, what comes to mind? Bumps in the night, ghostly apparitions, flying objects. But the initial stages of a haunting are usually more subtle, though equally frightening. There are subtle noises, feelings of discomfort, and sometimes even quite literal rotting.

That’s what’s on display in this first clip from IFC’s Relic, a classic haunted house movie with all the right ingredients to spook you to your core. Check it out.

Thumping walls? Spooky atmosphere? Rotting mold that slinks through the house? Relic has the basics covered. But this is no ordinary haunted house story. There’s something sinister afoot in this house. Something that may hold a generational secret.

Here’s the full synopsis for Relic:

When elderly mother Edna inexplicably vanishes, her daughter Kay and granddaughter Sam rush to their family’s decaying country home, finding clues of her increasing dementia scattered around the house in her absence. After Edna returns just as mysteriously as she disappeared, Kay’s concern that her mother seems unwilling or unable to say where she’s been clashes with Sam’s unabashed enthusiasm to have her grandma back. As Edna’s behavior turns increasingly volatile, both begin to sense that an insidious presence in the house might be taking control of her. 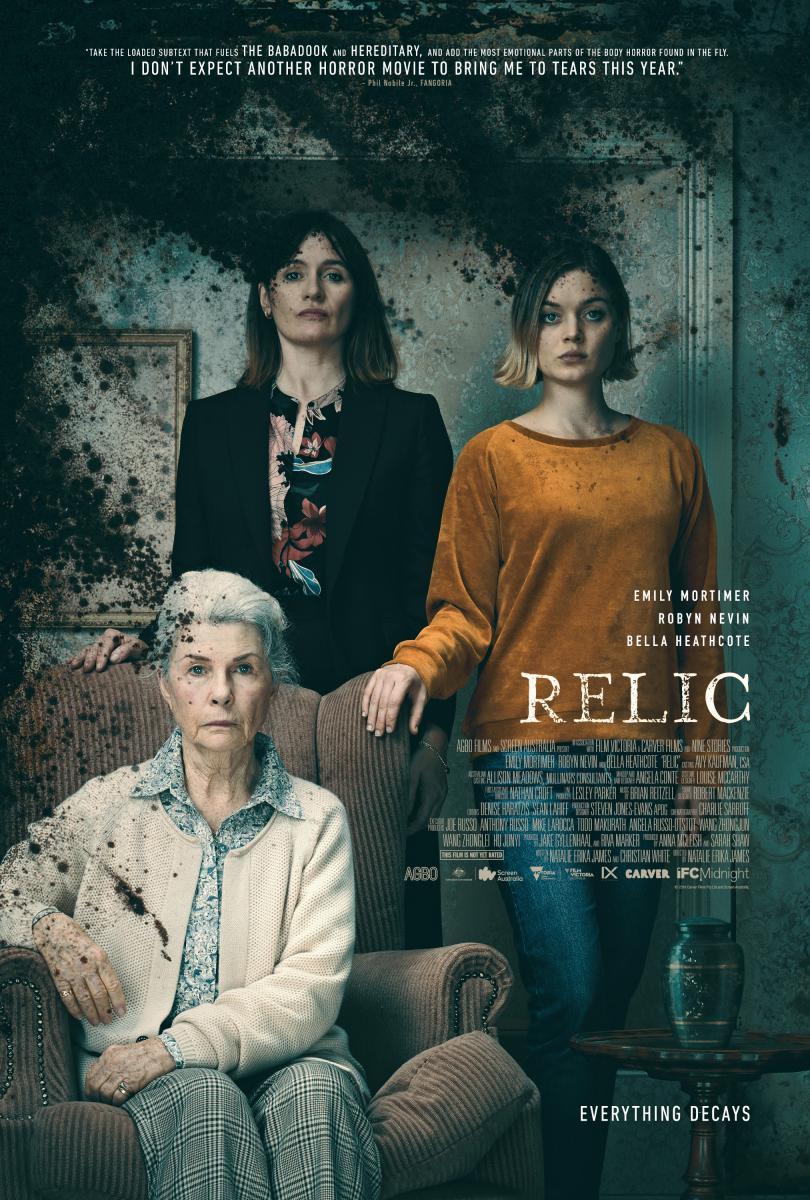 Relic was written and directed by Natalie Erika James and stars Emily Mortimer as Kay, Bella Heathcote as Sam, and Robyn Nevin as Edna. The Australian film—which is produced by Jake Gyllenhaal—premiered at Sundance earlier this year and was set to play again at SXSW before the festival’s cancellation.

Here’s the full trailer for Relic, which gives an even deeper look at the film’s unique visual style and haunting premise—and shows the praise the critics gave the film out of Sundance. This looks like a horror debut we don’t want to miss!

Relic is in theaters and on demand on July 10.