Rebuild The World On An Epic Scale With LEGACY: LIFE AMONG THE RUINS - Nerdist

Rebuild The World On An Epic Scale With LEGACY: LIFE AMONG THE RUINS

The end of the worlds is often depicted as a barren wasteland but it has proven to be fertile ground for storytelling. Films like Mad Max, video games like Fallout and tabletop games like Apocalypse World all tap into the same mix of adventure and horror imagining what it might be like to survive a worldwide disaster might be like. Most of these stories end with the main character, having defeated the bad guy, wandering off into the irradiated sunset with the question of whether or not humanity will survive — or even if is should survive — left up to debate after the credits have rolled. Legacy: Life Among The Ruins is an RPG that looks to the end of the world and asks: what happens next?

Legacy: Life Among The Ruins uses the structure and mechanics of  Apocalypse World to tell stories about not just the people who survive the apocalypse but how they rebuild humanity in the aftermath. Each player represents one of the factions that’s risen after the end of the world, called Families, and goes about trying to rebuild it in their image. Rather than individual characters, these Families are the main mode of play for the game. Starting a game defines these factions and creates the pocket of the world where they have all come together to rebuild.

“I’m a big fan of post-apocalyptic stories,” said developer Jay Iles. “but there’s a particular nihilistic vein of them that was very popular five years ago that I grew very tired of. Things like Kirkman’s The Walking Dead, or Cormac Macarthy’s The Road – the descent of humanity into kill-or-be-killed desperation where a hero is measured in their ability to accept causing suffering to others in order to protect their group.”

Players answer questions in the playbooks to define their powers and abilities, but these questions also define just how the world ended and what interesting places on the map exist for the group to explore, exploit and possibly destroy to protect their people from further damage. The factions represent many classic ideas from post-apocalyptic fiction, like lawgivers who feel the need to protect the weak to stranger ideas like aliens that are trapped on Earth and need human help to get their ship back in working condition. The makeup of the families determined just how wild the end of the world was in each individual game and can be easily tailored for a table that wants something more like Horizon: Zero Dawn than a simple zombie scenario.

Once families are created, players create individual characters that will represent the main face of their faction in play. This allows GMs to zoom in and zoom out on the issues that the story brings to light. Families have big needs and big plans, but they are still run by humans who make mistakes and act out of human frailty. Other players can also make side characters called Quick Characters to take part in scenes where their main character might not make sense as a fit but still want to be a part of the action. The game zooms back out once the crisis is dealt with, and play fast forwards to see the families rise and fall based on the consequences of their character’s actions.

A typical game of Legacy: Life Among The Ruins can span hundreds or thousands of years as the GM pulls back and pushes forward to see the big scope of humanity rebuilding and the people who go into a crisis not meaning to come out as a legendary figure.

“I remember during the initial Legacy 2e Kickstarter,” said Iles, “listening to a playtest campaign ran by Lowell Francis of The Gauntlet. It was soon after I’d introduced the ‘Quick Characters’ mechanic, and I wasn’t sure if it’d break the flow to have people jump into the shoes as a throwaway character. So I’m listening to this AP recording, and it starts working exactly as I hoped it would – they start telling the story of one character making a perilous journey, with the other players taking the role of members of their expedition. The rules worked really well to give immediate relationships between the characters, and it was a fun scene to listen to – particularly when a landslide lead to the advisor Quick Character getting hurt and decided to trigger their Death Move, deciding to die but in the process give the main character a final piece of advice that would be crucial later. It was a perfect test of the mechanic, and I really appreciated how the quick setup and plot effects on death encouraged the group not to play conservatively but instead dive straight into the fun.” 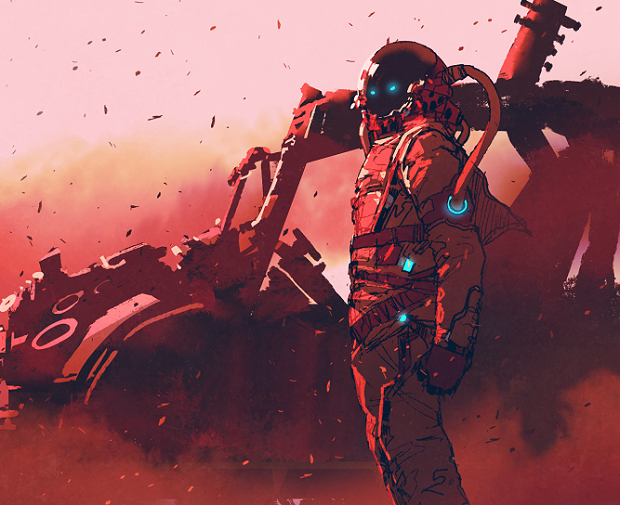 Rebuilding humanity is a pretty big canvas upon which to tell stories, but Iles and UFO Press have more ideas to help out GMs of Legacy: Life Among The Ruins. The original Kickstarter unlocked several alternate settings that can be used to tell different variations on rebuilding humanity. Some of them could even be used as sequels to a completed Legacy story. One of them, Rhapsody of Blood, repurposes the legacy mechanics for a setting that fans of video games featuring a family of whip-wielding vampire hunters will love. There’s also currently a Kickstarter running to expand the game with more factions, more content and more alternate settings.

“Each setting has something I can point to as a reason it’s the best,” said Iles, “Primal Pathways’ awesome evolution mechanics that are a great adaptation of Civilization-style tech trees, Generation Ship’s focus on the ship as a setting for your story, Worldfall’s depiction of the activist groups of a space colony. It’s Godsend I’d pick as the most complete package, though: Khelren has a great way of writing the book in a way that’s both friendly and evocative, and reading that book fills me with ideas for the sort of stories it can tell.”

As for the current Kickstarter, Iles said, “I’m really excited to see what ideas we get from the custom content backers – the ideas they come up with are always a highlight of the Kickstarter process, and we’ve already received some great concepts. A Matchmaker character building a stronger homeland through chains of love, an Eyrie built to house a friendly monster, a Family of earthbound angels, and more. I’m also really looking forward to getting Free From the Yoke into people’s hands. It’s been great fun hacking Legacy to work in a fantasy idiom, and the core conflict of the game – working together to win a better life, or seeking proud isolation – is one I’m very interested in exploring.”

Print copies of Legacy: Life Among The Ruins are available through Modiphius in the US, and direct from UFO Press in Europe.

What post-apocalyptic game has been hitting your table? Tell us about it in the comments! And if you’re into fantastic end-of-the-world RPGs, check out our series based on the award-winning podcast  We’re Alive exclusively on Alpha! New members can get a free 30-day trial at projectalpha.com!