You can’t make movies like Alien and Blade Runner without forever linking yourself to the science fiction genre. Ridley Scott has made a wide variety of movies and produced an even larger swath of others, but whether it’s great movies like The Martian or interesting failures (I said it) like Prometheus or Alien: Covenant, we just want to see Scott and Sci-Fi back together again. That’s why the trailer for HBO Max‘s new series Raised by Wolves is so exciting. And weird.

The series focuses on two androids who must raise human children on a mysterious virgin planet. Religious differences threaten to tear apart the burgeoning colony; the androids learn that “controlling the beliefs of humans is a treacherous and difficult task,” which is an understatement. This sounds like a pretty interesting premise for a show, and a rather timely one. And the visuals look especially intriguing, as you might expect. Ridley Scott directed the first two episodes of the 10-episode series, marking his debut directing for American television. 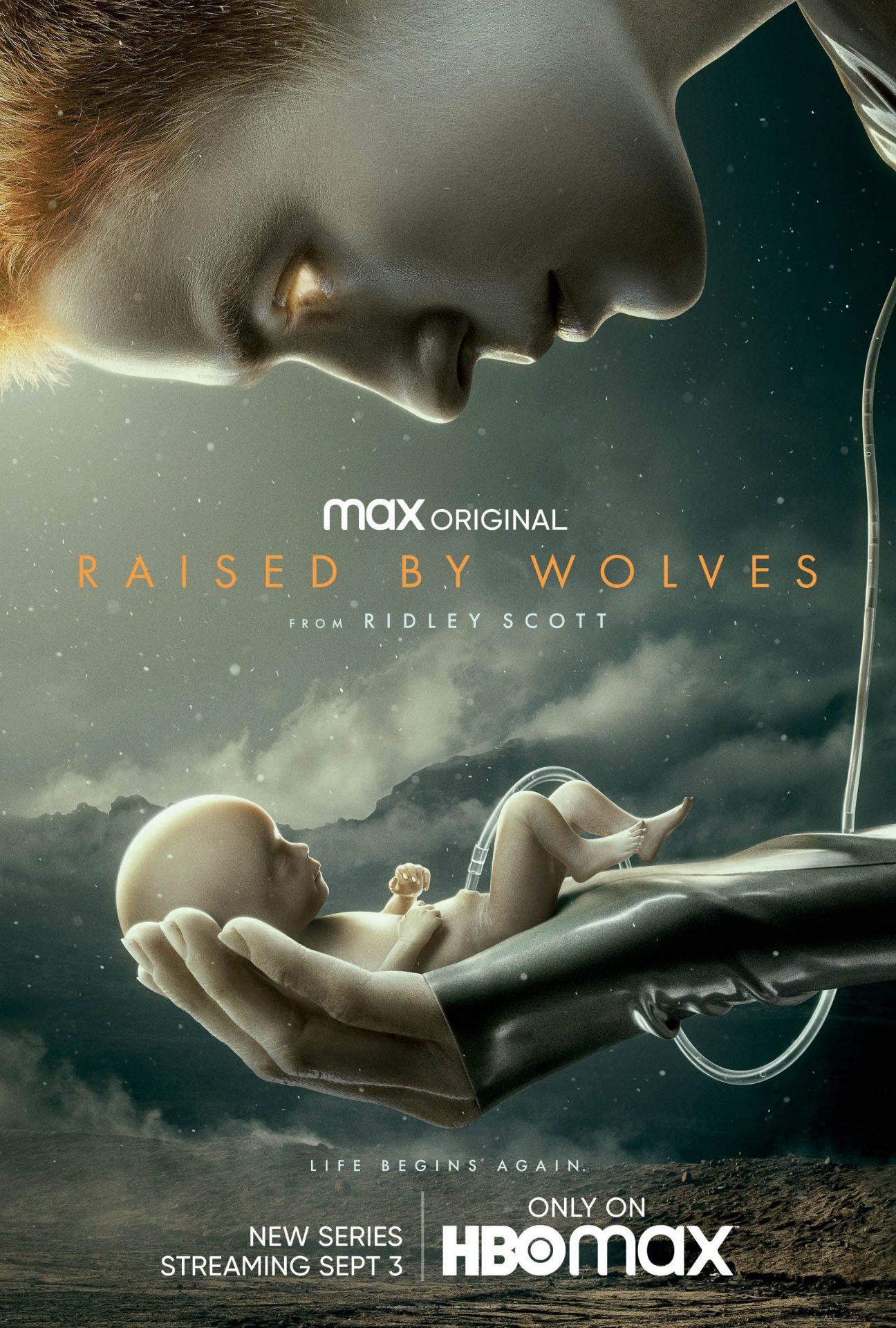 And with this series, Scott keeps continues to explore artificial humans and their relationship to organic ones. Through all of his Alien films and especially Blade Runner, he tackles what it means to be a “human;” does it even matter if you were born or created? The main android in Raised by Wolves, played by Amanda Collin, is both the children’s caregiver and, as you can see, a terrifying murder machine. That should provide some drama, eh?

Scott is also an executive producer on the series along with writer and creator Aaron Guzikowski; David W. Zucker (The Man in the High Castle); Jordan Sheehan (The Terror); Adam Kolbrenner (Prisoners); and Mark Huffam (The Martian).