The Alien franchise seems to be on pause for the moment, given the recent acquisition of Twentieth Century Fox by Disney. Before the merger however, there were tentative plans for director Ridley Scott to follow up his two Alien prequels Prometheus and Alien: Covenant with another film, one which lead directly into his original 1979 classic. 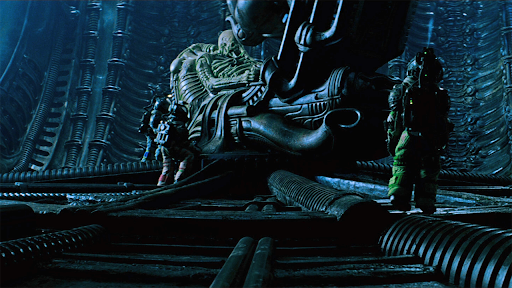 Until recently however, we didn’t know much about this potential film, and just what story threads it would tackle. But in speaking with the L.A. Times (via IGN), Scott revealed just what some of his plans were going to be for his fourth film set in this universe, saying the following:

“What I always thought when I was making the first one [was] why would a creature like this be made and why was it travelling in what I always thought was a kind of war-craft, which was carrying a cargo of these eggs. What was the purpose of the vehicle and what was the purpose of the eggs? That’s the thing to question – who, why, and for what purpose is the next idea, I think.”

Essentially, we’d finally find out just what those xenomorph eggs were doing on that downed alien ship on planet LV-426 that the crew of the Nostromo discovers. It will be interesting to see if Scott ever gets to complete his story; perhaps that will remain a mystery for all time. Despite Alien: Covenant not exactly setting the box office on fire in 2017, it opened well enough to prove that this story still has life.

Maybe instead of a theatrical film, we get a big budget series on Hulu for example? The world of Alien is definitely too R-rated for Disney+. Whether it’s Ridley Scott continuing his prequels, or Neil Blomkamp resurrecting his idea for a direct follow up to Aliens with Sigourney Weaver, we highly doubt we have visited this universe for the last time.