In 1998, when superheroes were far from mass-market entertainment, The Powerpuff Girls exploded onto the scene. Blossom, Bubbles, and Buttercup instantly became some of the most beloved characters on Cartoon Network. The series managed quite a legacy: a six-season original run; a theatrically released movie; a 2016 reboot; and the currently in-production live-action adaptation for The CW. And in the process, The Powerpuff Girls helped usher in a few enduring tropes within the realm of storytelling. Among them: the near-death experience and subsequent resurrection.

“The Rowdyruff Boys,” the first season’s penultimate episode, adds a new set of villains to the series’ already robust rogues’ gallery. In its first few scenes, the episode feels much like those that came before it. The narrator’s booming tone overlays a montage of the Girls pummeling frequent foe Mojo Jojo, sending him to prison time and again. When Mojo gets fed up with his inability to overpower the Girls, he takes a new tack; he obtains the recipe Professor Utonium used to create the Girls, and creates his own trio of superpowered children. 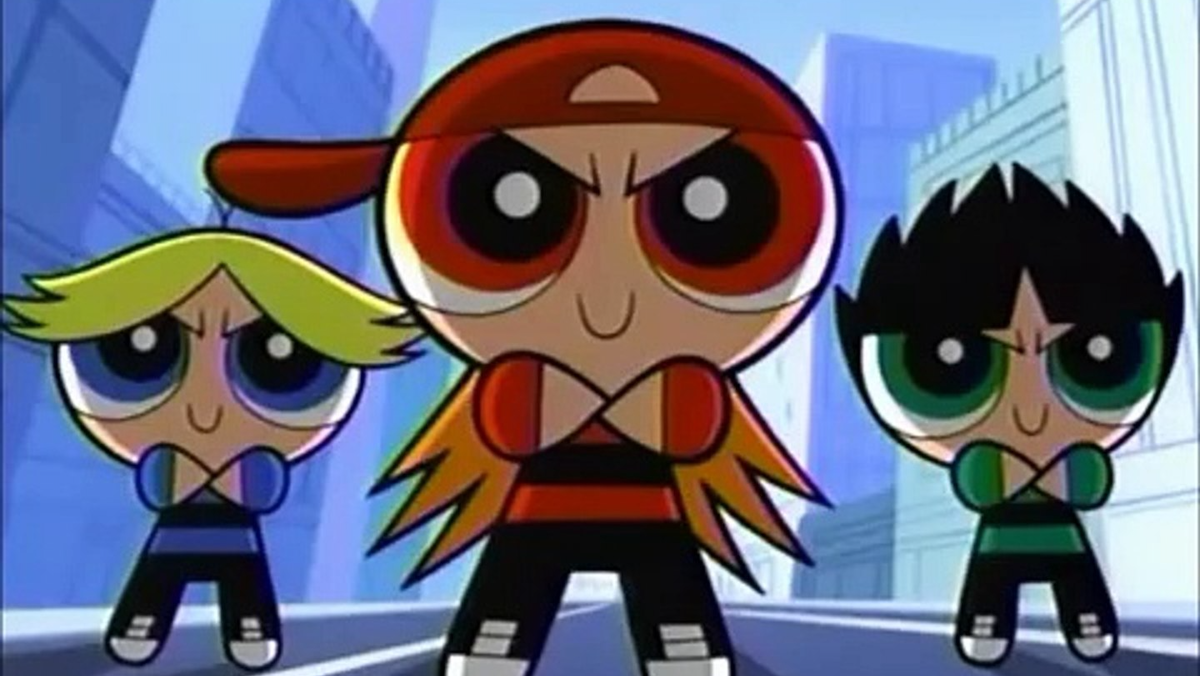 Composed of snips, snails, puppy dog tails, and Chemical X, the Rowdyruff Boys embody the Girls’ diametric opposite and natural enemy. As Jojo coerces the Boys into attacking the previously undefeated Girls, the episode’s tone shifts gradually from lighthearted to downright sinister. The heroes find themselves evenly matched for the first time.

Up to this point, The PowerPuff Girls wasn’t a particularly suspenseful show. By the end of every segment in preceding episodes, it was obvious that Blossom, Bubbles, and Buttercup would win the day. Not so with “The Rowdyruff Boys.” As the color palette shifts to black and white for the episode’s climax, the Boys pummel the Girls into the streets of Townsville. The town’s citizens (and even the narrator) believe the Girls are gone. It takes the tears of the Mayor, Ms. Bellum, and other townsfolk to reanimate them. 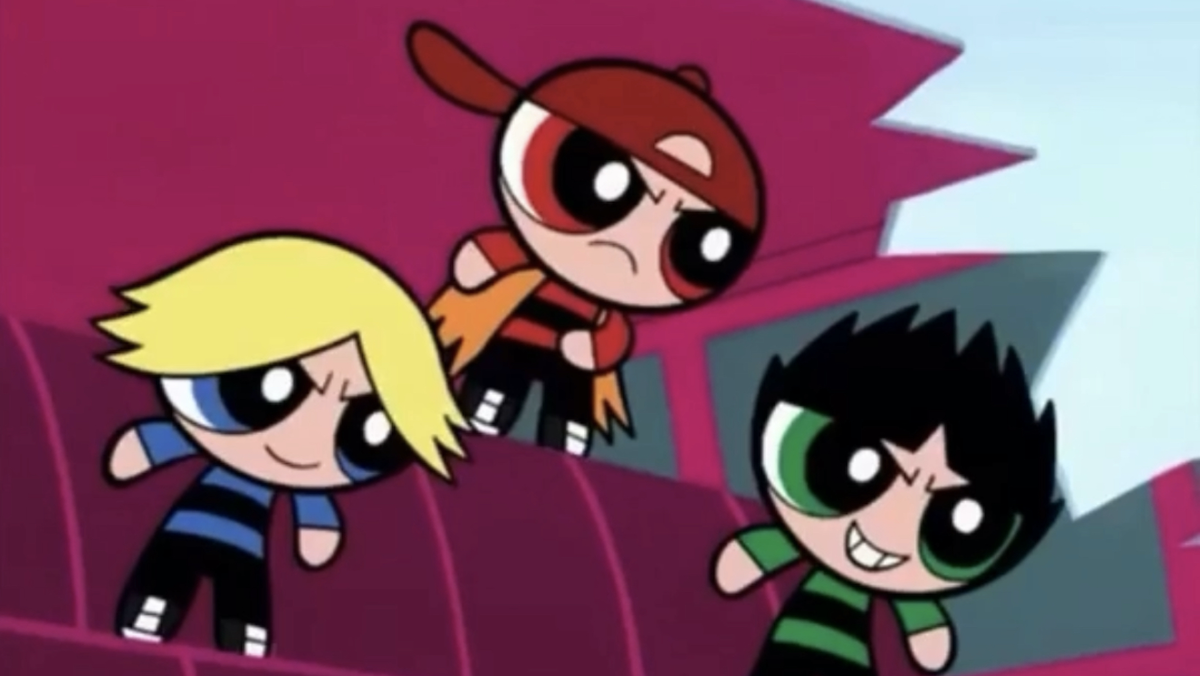 Ms. Bellum suggests a means of defeating the Boys: sending them back whence they came by showering them with kindness and kisses. The Girls come through; but for one long, agonizing moment, the PowerPuff Girls are dead. They’ve been proven vulnerable for the first time, and it won’t be the last.

At the time of the episode’s airing, the impermanence of death and defeat in superhero stories wasn’t a new idea. (After all, no one stays dead except Uncle Ben.) But when “The Rowdyruff Boys” first aired in 1999, superheroes didn’t dominate the world’s most beloved franchises. Seeing an all-powerful protagonist on the big screen collapse in battle, die, and rely on others to restore them was rare. Thanks to the popularity of The PowerPuff Girls, it became less so. If Blossom, Bubbles, and Buttercup were vulnerable, then couldn’t that be true of any hero? 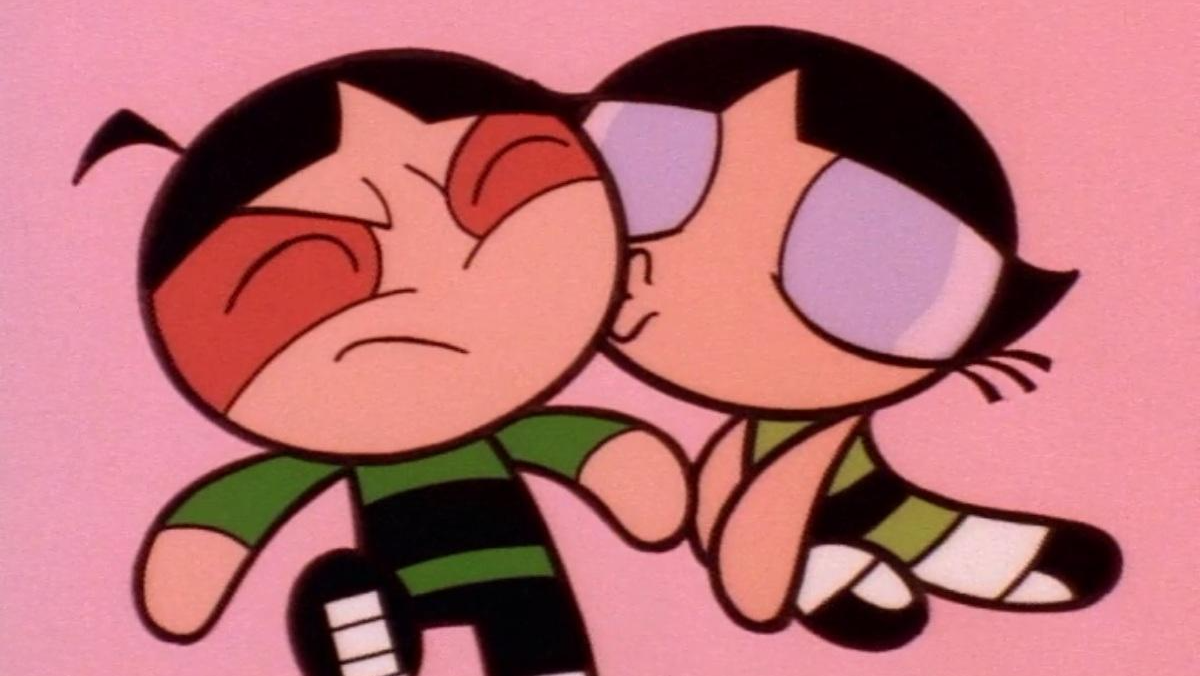 In the summer of 2000, a year and a half after “The Rowdyruff Boys,” the first X-Men movie premiered. Then, in 2002, came Sam Raimi’s Spider-Man, which became the highest-grossing superhero movie. Together, the kickoff of the X-Men movie franchise and the behemoth that was Spider-Man ushered in a new era of superheroes on film. They pavedg the way for what would become a dominant force in entertainment via the MCU and DC’s competing offerings.

Nearly 20 years later, we may roll our eyes when a fallen hero or villain inevitably comes back. (If not by the end of the movie, then surely in a sequel or a streaming series.) But the moment they fall never stops hitting. We still all gasped when Thanos snapped his fingers, and we still all cheered when we heard Sam Wilson say “On your left” just when Captain America needed him the most. Tropes, by their very nature, can exhaust us. But they can also exhilarate us. And in the case of death and resurrection, they can devastate us. “The Rowdyruff Boys” softens the blow with a comical ending without minimizing the impact of that hopeless moment. The Powerpuff Girls didn’t originate the trope, but it perfected the art, and we’re still reaping its benefits.