While NASA and SpaceX are dead set on exploring the cosmos daily, we grow more convinced that Earth already has otherworldly creatures in its oceans. Siphonophores, which make up a group of animals closely related to jellyfish, are some of the best examples of this phenomenon. The Portuguese man o’ war is a prime example. Watch how it hunts prey like something straight out of H.R. Giger’s brain in the video below:

Laughing Squid picked up on the glimpse into the Portuguese man o’ war’s hunting tactics. The clip is actually from 2017’s Blue Planet II, but BBC Earth only recently released the standalone clip to its YouTube channel.

In the video, natural historian, David Attenborough, describes how the “complex and sinister creature” floats through the ocean. The sea creature uses a gas-filled bladder and a “vertical membrane” that looks like a big, squishy sail. The sail resembles that of an 18th-century Portuguese warship, thus the creature’s name.

As it floats, it drags venomous tentacles through the water. However, those tentacles can span up to 100 feet! Just ask the fish. When one of those little fish comes into contact with the tentacles, the man o’ war paralyzes and consumes them. 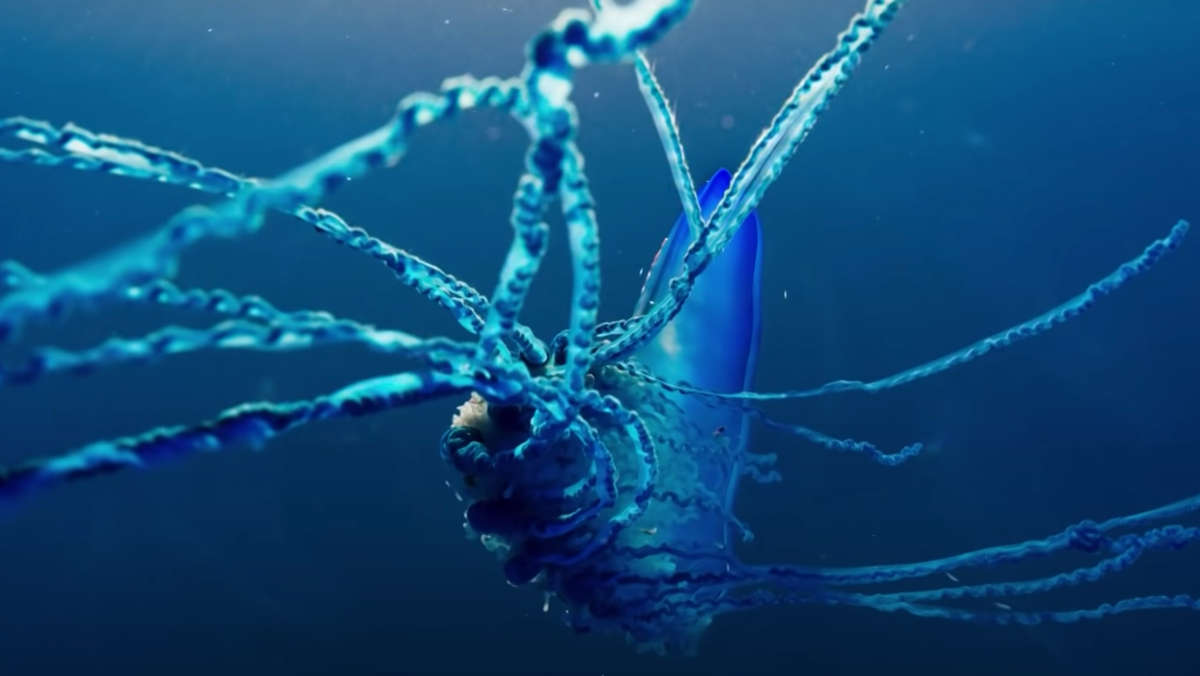 Perhaps the most gruesome part of the whole sequence occurs when the P-mow (why not?) digests its prey. That’s because it does so by literally liquifying its prey with powerful chemicals until only a scaly “husk” remains. Really, it’s like nature’s version of season-one Walter White.

Aside from gnarly hunting tactics, the Portuguese man o’ war also has truly alien anatomy. Like all other siphonophores, the man o’ war is actually an enormous colony of “zooids.” Which are individual animals themselves. However, despite being unique animals, the zooids share identical DNA and perform complementary functions. Most of which involve killing things, eating, and moving. All things we should keep in mind for when we encounter “real” aliens. 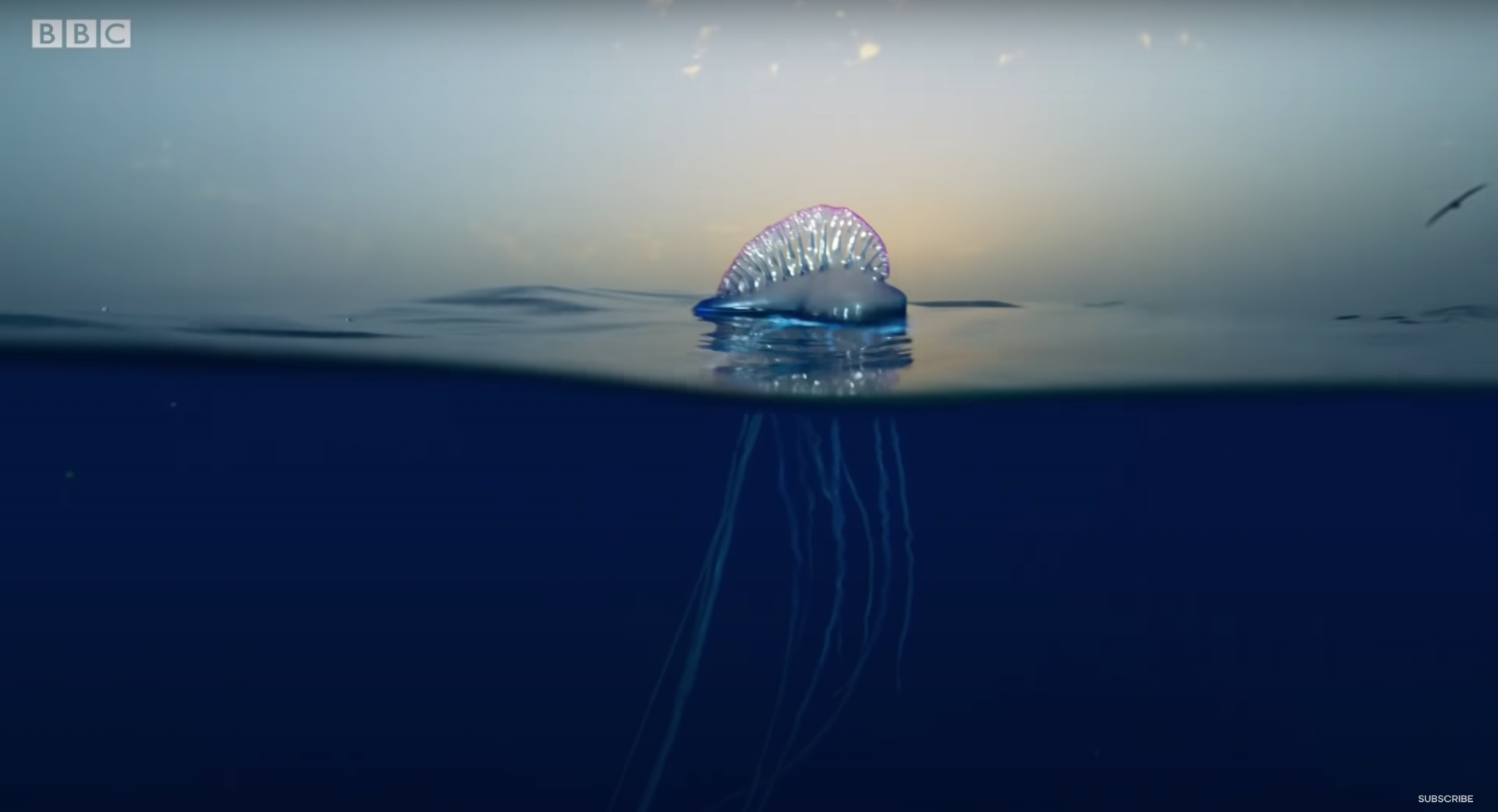