Although adults may have told you not to play with your food as a child, as a grown-up, it turns out getting goofy with snacks is a fabulous endeavor. Especially when it involves Rube Goldberg machines. Now, YouTuber Joseph’s Machines also has clear-cut evidence playing with the way you make your food is just as much fun. Especially if it involves a toy train, a ferris wheel, and pizza.

Laughing Squid picked up on the Brooklyn-based YouTuber’s above video of his pizza-making machine. For those unfamiliar with Joseph’s Machines, the YouTuber’s behind a long list of viral videos featuring Rube Goldberg-ian machines. He has in the past, for example, created an automatic hair-cutting machine. As well as a machine that makes Thanksgiving meals.

In this video, Joseph shows off a “Pizza Making Contraption,” which covers the simple steps of saucing the dough and sprinkling on the cheese and toppings. The contraption does so in an incredibly mesmerizing way, however, with its use of an endlessly circling toy train. As well as a swinging sauce bottle that makes geometric patterns tie-die aficionados would drool over. 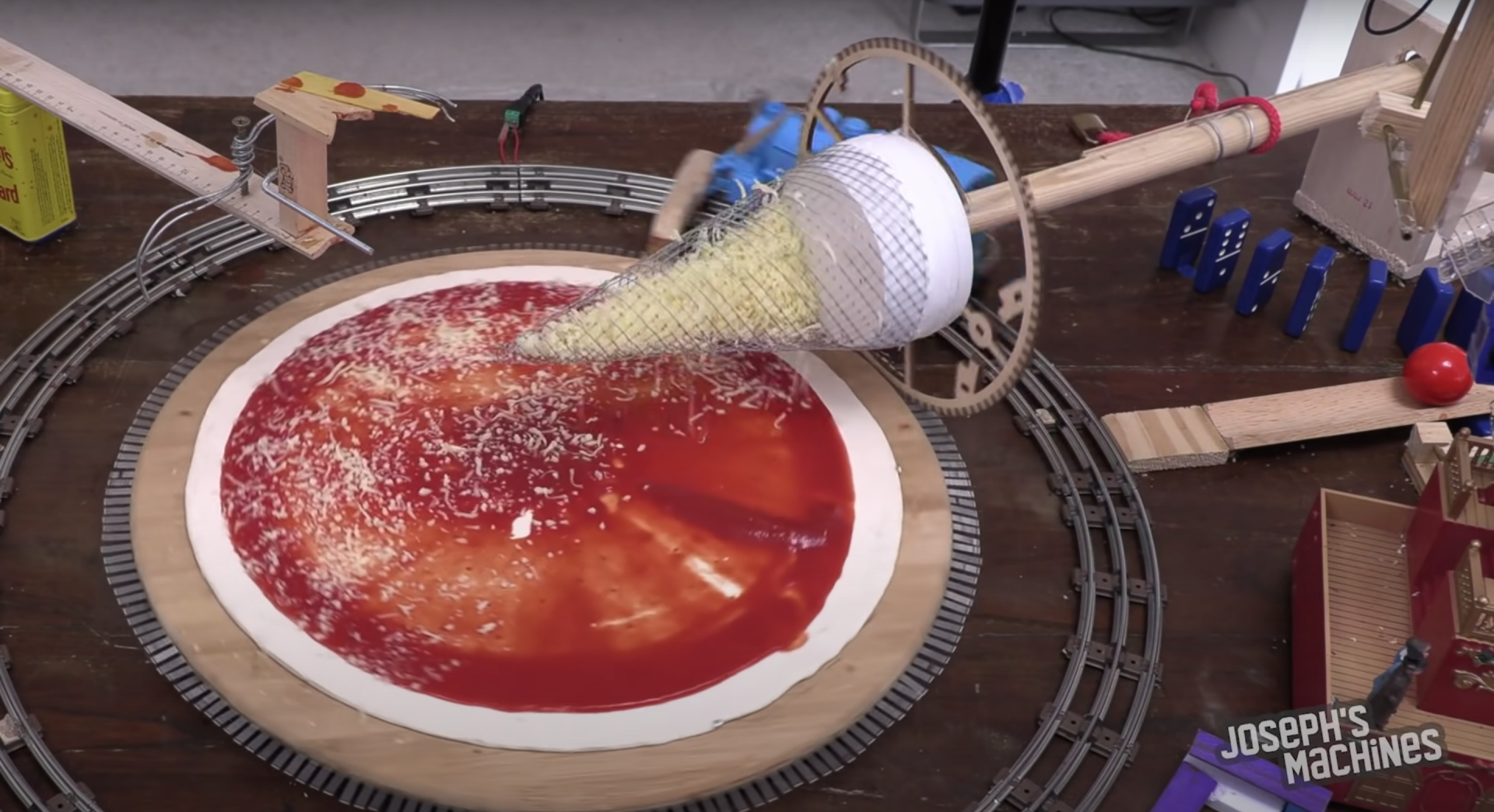 Highlights are subjective, of course, but the toy ferris wheel that dumps olives onto the pizza from each one of its tiny seats is ingenious fun. The mesh cheese-cone is also quite clever as well. Although we do subtract major points for the sauce-spreading comb; it may be clever, and even sanitary, but it just looks wrong.

For anyone who wants to let their inner child come out and do even more playing with food, ideas for goofin’ abound. You can watch some folks make giant donuts out of M&Ms using a hydraulic press. Or learn more about these edible crayons one mother created in Japan. Although, to be honest, what Oscar Meyer did with bacon and shoes may have been one step too far. 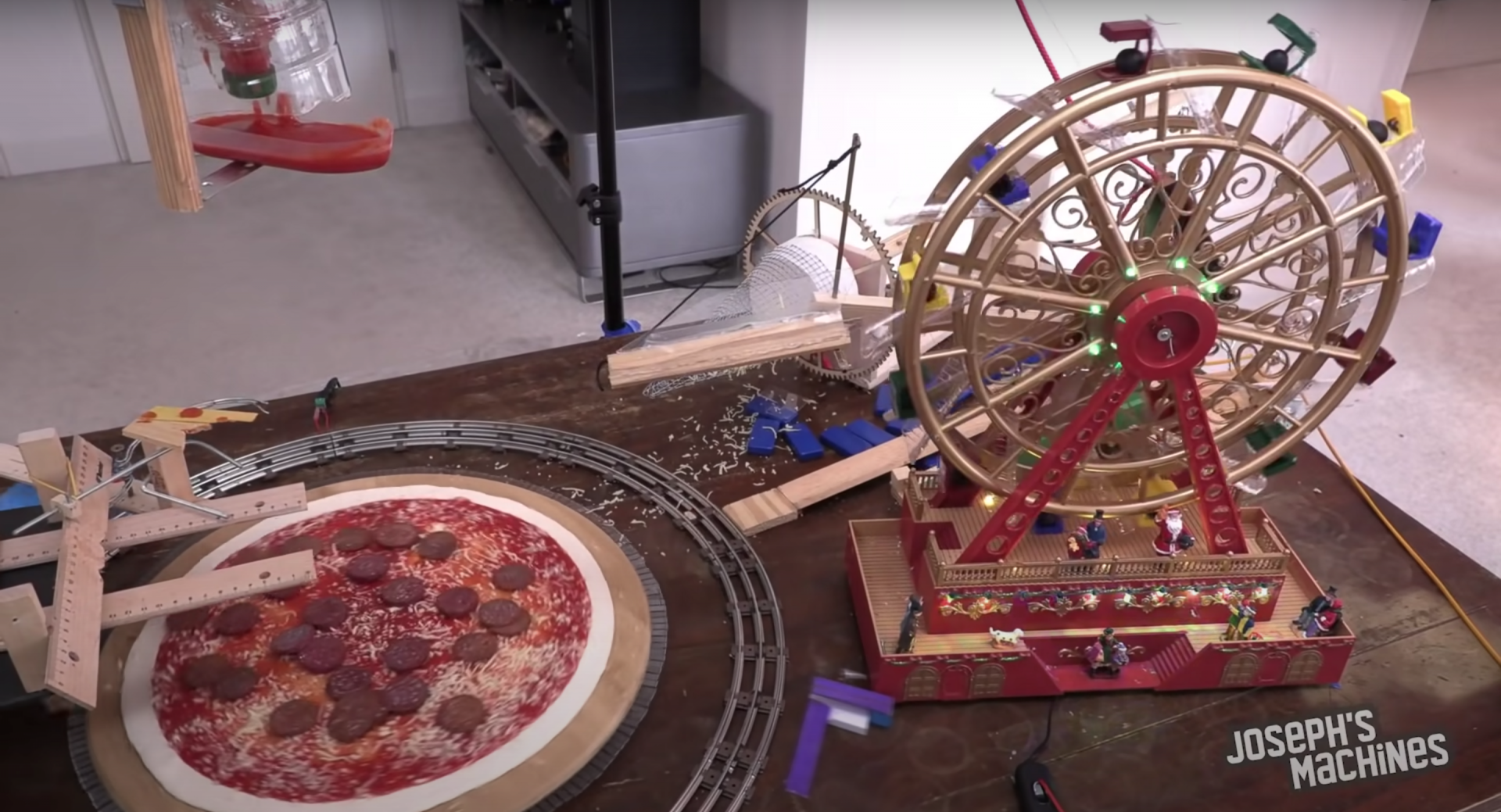