Guess the Ending to These Rube Goldberg Machines - Nerdist

Guess the Ending to These Rube Goldberg Machines

The fun of a Rube Goldberg machine is watching the ingenuous, frequently unexpected ways the device’s creator comes up with to keep them going. But, ultimately, watching one in action is a passive activity; you have no control over what happens. That’s not the case with this video of original small scale puzzles. They are six Rube Goldberg machines that challenge you to figure out where their paths will take them.

And even though you can see the entire contraption laid out, it’s much harder than you might think to guess where they are going.

This video comes from the YouTube channel Joseph’s Machines. It features a series of tabletop ball puzzles. Each gives you 15 seconds to try and work out how the setup will play out. (Or, you know, you can just hit pause on the video and take all the time you need.)

From dominoes and books, to bananas and locks, and even to one crystal ball, the items used to construct the moving puzzles aren’t complicated. Also, most of them feature a layout on the table that looks relatively simple. And yet, the ball’s path isn’t always as direct as you might think. It’s especially challenging from the one static camera angle to figure out the shape of certain parts. For example if you aren’t aware you are looking at a cup your predictions can be way off. 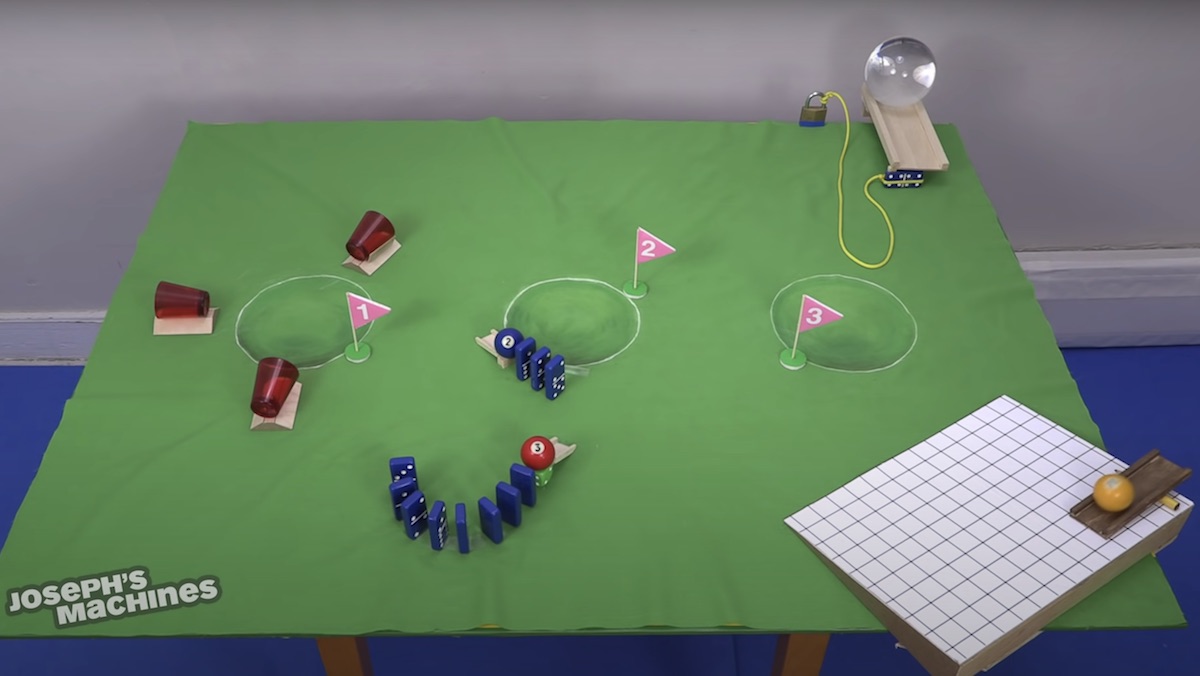 The machine’s creator says,”I bet no one can get all six correct!” I’ll bet at least some people do, but I know I didn’t. I didn’t even get the first one right even though it looks incredibly straightforward. I thought the toothpick was pointing at door three.

In fairness usually I don’t have to work out the physics of a Rube Goldberg machine. But it sure was fun trying.