Star Trek: Picard isn’t just bringing back Sir Patrick Stewart in his iconic title role. Many other characters from Star Trek: The Next Generation are coming back on board as well. And now you can add one more to the list: Guinan, as played by Whoopi Goldberg. While promoting his new series, Patrick Stewart was a guest on The View, where he formally asked his old castmate if she’d be willing to come back one more time as the 500 year old alien bartender. You can watch a clip of from the show down below to see her (very emotional) answer:

. @SirPatStew officially invites @WhoopiGoldberg to join season two of #StarTrekPicard: “It was wonderful having you, and we cannot wait to have you with us again one more time.” https://t.co/f8u2wbJuik #StarTrek pic.twitter.com/mxOtyJxF63

After hugging her old friend, Whoopi mentioned that her time on Star Trek: The Next Generation was “one of the best experiences of her life.” Although she wasn’t a regular cast members, she was a special guest star in around ten different episodes per season. She appeared in seasons 2-6 of the show, although for unknown reasons never appeared in any episodes in the series final season. However, she did make appearances in the feature films Star Trek: Generations and Star Trek: Nemesis, where she made a cameo as a guest at Riker and Troi’s wedding. 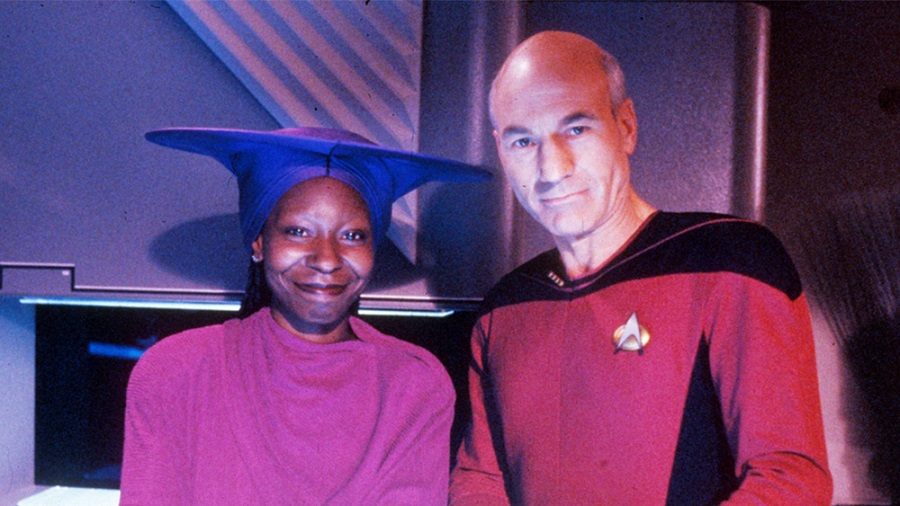 Whoopi Goldberg’s road to becoming a member of the Star Trek family was an interesting one. She grew up a fan of the original series, and was inspired by seeing Nichelle Nichols as Lt. Uhura while still a child. Seeing an African-American woman in a prominent role on TV series like that was highly unusual for the time, and it inspired Whoopi into getting into a career in acting.

By the time Star Trek: The Next Generation rolled around, Whoopi was already a movie star, having been in films like The Color Purple and several comedies like Jumpin’ Jack Flash. So the producers didn’t initially take Goldberg seriously when she lobbied to get a part on Star Trek: The Next Generation in the first season. Nobody on staff could believe a movie star would want to appear regularly on a syndicated sci-fi series! 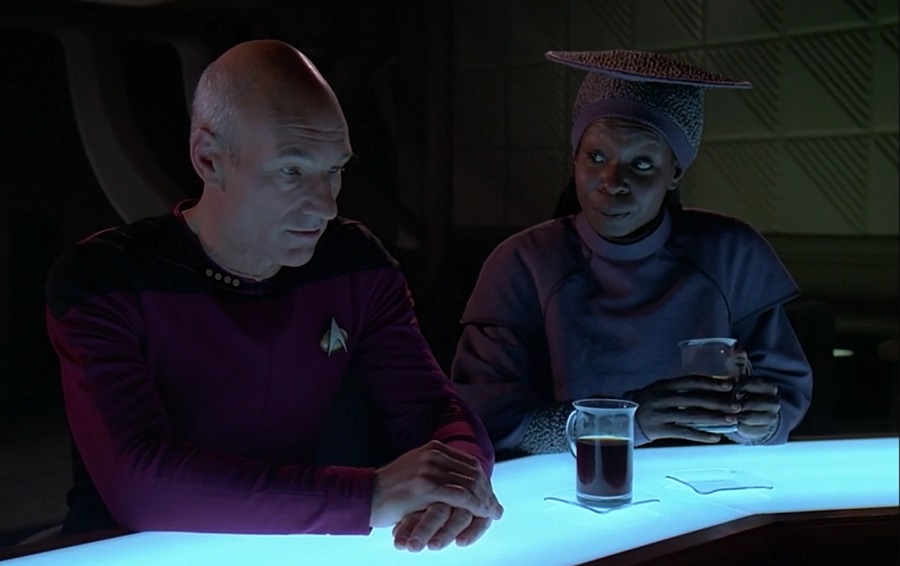 But she finally convinced series creator Gene Roddenberry that she was a lifelong Trekker who really wanted to be a part of the show. He created the character of Guinan just for her, a mysterious and wise bartender who had ties to Jean-Luc Picard’s past. She gave sage advice to not only the Captain, but to all of the crew members at some point. And she took part in many of the series’ most memorable episodes. Guinan was also the last main character for the franchise that Roddenberry created himself. 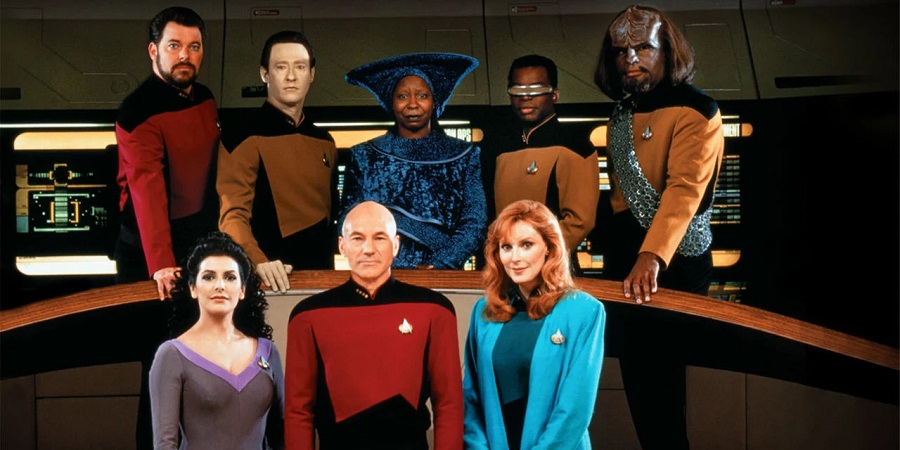 With the addition of Whoopi Goldberg as Guinan, and the announcement that Jonathan Frakes and Marina Sirtis are returning as Riker and Troi, that still  leaves a few other TNG cast members still to formally announce their return. Obviously Brent Spiner is also part of the series as Data, but we have yet to hear if Michael Dorn, Levar Burton, or Gates McFadden will be seeing their old Captain once more. Also, it would be strange if the Picard series were to end without Q (John de Lancie) dropping by to torment Jean-Luc one more time. But by the time this series ends, I fully expect all the crew of the Enterprise-D to appear in some capacity. Yes, even Wesley Crusher! It would feel weird if we didn’t get a full family reunion over the course of the series.