STAR TREK GENERATIONS At 25: An Iconic Crossover That Didn’t Quite Deliver

Star Trek: Generations was released 25 years ago today, and it is decidedly not the best of the 13 Star Trek movies. In fact, it’s usually ranked somewhere near the worst. Now, I don’t think it’s the worst, but looking back it is probably the most disappointing. But its release marked a special time for Star Trek fandom, and maybe represented the peak of Star Trek’s popularity in mainstream culture. For a brief shining moment, Star Trek ruled the zeitgeist. In a world now dominated by Marvel and high fantasy shows like Game of Thrones, this felt like the first moment where something once relegated to hardcore nerdom was what everyone and their grandma was talking about. 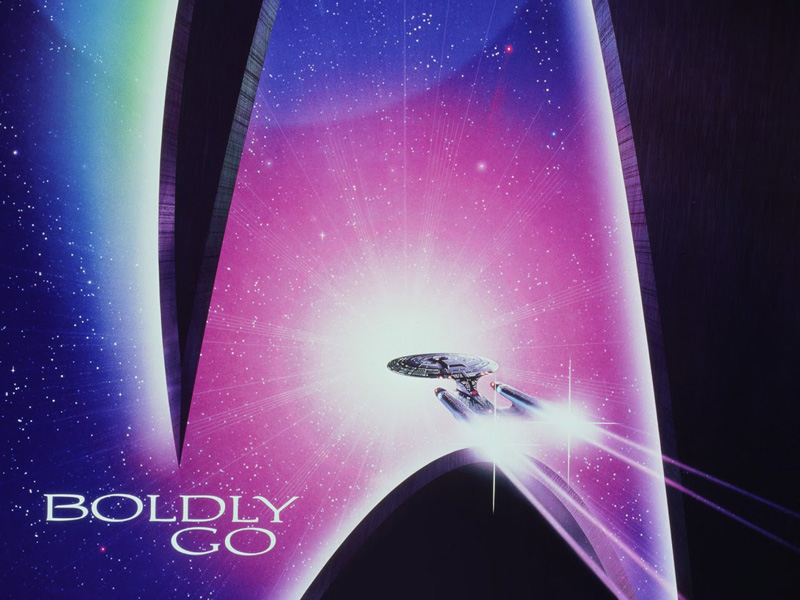 Generations teamed up Next Generation’s Captain Jean Luc Picard (Patrick Stewart) with William Shatner’s Captain James T. Kirk, and landed both actors on the cover of Time Magazine. And this was no small thing. Time isn’t an entertainment publication, and only acknowledges movies, TV and music when they affect the larger culture overall in a significant way. For Star Trek to finally earn this honor after nearly thirty years as something that was “just for nerds” was a seminal moment. Many of us long time Trekkers felt a sense of vindication. 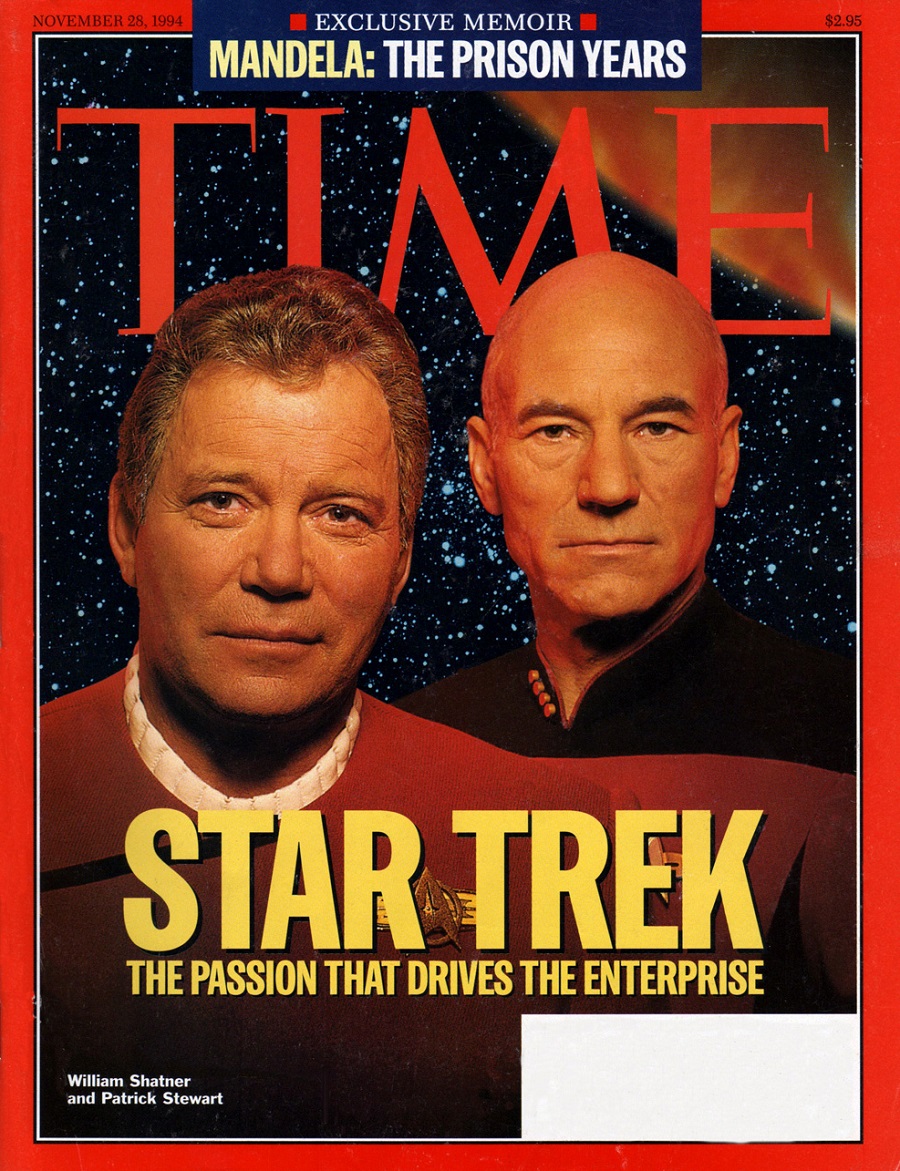 But why did Generations represent THE moment of “Peak Trek? By November of 1994, Star Trek: The Next Generation had just ended its seven season run at the peak of its popularity with the episode “All Good Things,” one of the most acclaimed series finales ever. But TNG has also now entered weekday syndication, meaning way more people were actually watching the series than ever before. Deep Space Nine was a little over a year old, and had also found success. The original Star Trek had, of course, never left the airwaves. And Voyager was about to enter production, adding one more Trek show to the pile. There were more toys, trading cards, and various paraphernalia surrounding Star Trek than ever before.

This confluence of events reached its zenith with the release of Generations, which would unite the iconic cast of the original series with the Next Generation crew, who had become cultural icons in their own right. Everyone expected a sure-to-be legendary moment in sci-fi history. Paramount had signed on David Carson to direct, who had helmed one of the show’s most beloved episodes “Yesterday’s Enterprise.” The TNG writer dream team of Ronald D. Moore and Brannon Braga were hired to write the screenplay. Despite all these ingredients for success, nothing in regards to this film came out as good as it should have.

“Time is the fire in which we burn…” 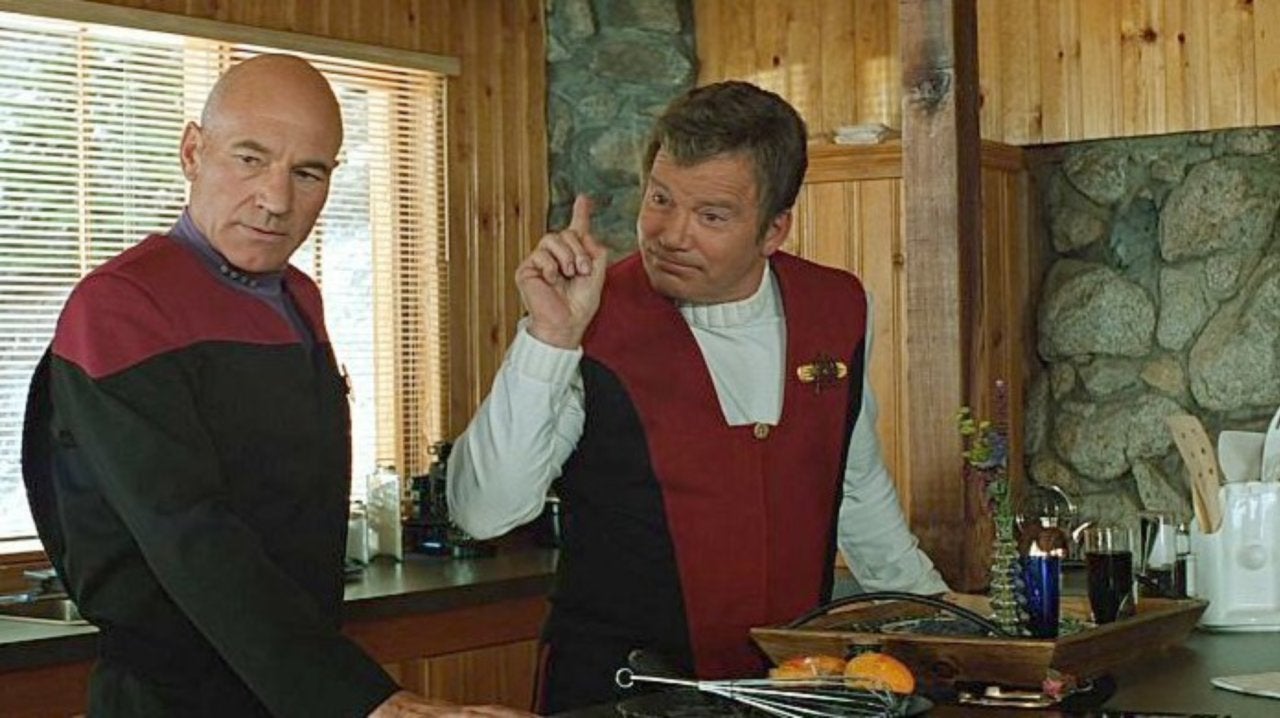 The basic plot of the movie has the Enterprise-D crew trying to stop a demented villain named Soran (Malcolm McDowell)  from destroying an inhabited world, just so he can gain access to an ill-defined cosmic paradise called the Nexus. In this Nexus, anyone who enters finds themselves in their own version of perpetual Heaven. We see how James Kirk ends up in the Nexus in the opening portion of the film, will on the maiden voyage of the Enterprise-B, the first Enterprise without him in command in 27 years.

After flash forwarding 78 years later, Captain Picard has to go into the Nexus himself and recruit Kirk, in order to get his help in stopping Soran who wants to go into the Nexus at all costs. Words are exchanged between all the leads about how “time consumes as all,” and there’s some vague commentary on aging and death at play here. But almost none of it ever rises above just being platitudes. Over the ensuing two hours, we see Picard crying over his dead family members, one very cliche lead villain, some Klingons, and a very unceremonious death for Captain Kirk. Oh, and Data finally getting emotions happens somewhere in here too.

Chaos On The Bridge

From almost the very beginning, things didn’t go right with Generations. The original idea was to have the seven original series crew members all appear together with the TNG crew. That didn’t happen, and many of the original series crew declined to take part. After having directed two successful Trek films, Leonard Nimoy was asked to come back to direct Generations. But not only did he turn it down, but he refused to star in the movie as Spock as well. He felt he’d said goodbye to Spock in Star Trek VI, and this cameo would cheapen his exit.

DeForest Kelley (Dr. McCoy) also ultimately said no, and finally the only other original crew members who returned with Shatner were James Doohan as Scotty and Walter Koenig as Chekov. No shade at either actor, but it would have been far more meaningful to have Spock and Bones at Kirk’s side in the opening parts of the film. One can’t help butch watch Kirk’s entrance scene and not think about how we’re stuck with whoever was willing to take the paycheck, 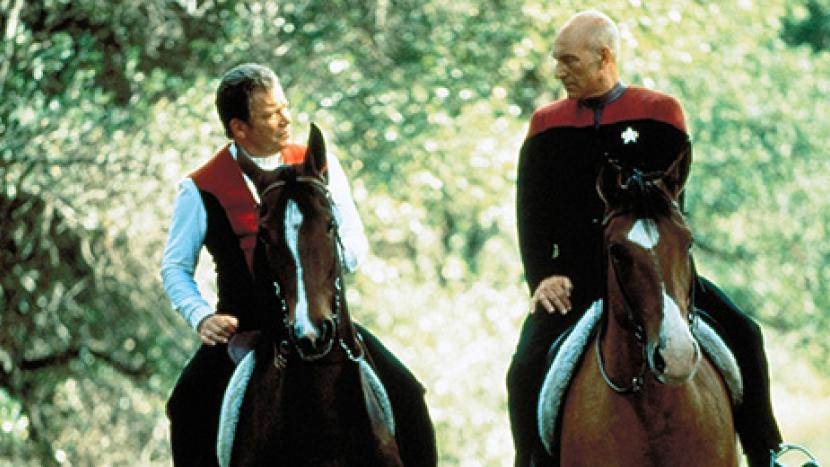 The movie as released turns left almost every time it should have turned right. We finally get to see the Enterprise-D on the big screen (and lit well!), but its destroyed on its first big movie outing. Worst of all, this only happened because they needed to strike the TNG sets so the Voyager ones could be built on the same sound stages. It wasn’t destroyed for story reasons as much as it was commercial ones.

It also didn’t help that much of Picard’s storyline in the movie finds him weeping over his recently dead brother and nephew, in a profound state of sadness. Don’t get me wrong, Patrick Stewart plays these scenes beautifully. He’s Patrick Frickin’ Stewart. But I’m not sure anyone wanted to see this in Captain Picard’s first big screen adventure. The Klingon villains from the series are also wasted and reduced to generic bad guys. Soran is a poor man’s Khan. But the biggest disappointment is how the movie ultimately handled the historic meeting of the two Captains, and Kirk’s ultimate death.

Writers Ronald D. Moore and Brannon Braga are responsible for some of the best Star Trek ever. So how did Generations land with such a thud? Both writers talk pretty openly about their writing process for this film on the Blu-ray commentary track for Generations, and they were surprisingly candid about the movie’s many faults. They both lament how almost all their initial ideas for the film were actually the right ones, but input from other Trek writers and producers made them second guess themselves into oblivion.

Braga’s first instinct was two feature the classic Enterprise vs. the TNG era Enterprise in an epic battle, an image tailor made for the movie poster. Something we obviously never got, but which fans would have gone nuts for. The transition from the classic era to the TNG era we ended up with was a hokey holodeck scene on an 19th century sailing ship, with a slapstick moment which had Data pushes Dr. Crusher into the ocean. But their initial instinct for introducing Picard’s Enterprise was to have his ship fly in and save a Federation outpost from the Romulans in a big, spectacular action scene. One which would have established Picard’s crew as the finest in Starfleet, for those TNG newbies out there being introduced to them for the first time.

On the commentary track, Braga said “I always felt that these two guys needed to be on their respective bridges fighting each other, and then working together. And although Kirk dies on a bridge, it should have been on the bridge of his ship. And that’s the only way Kirk should have gone.” Moore added “at the time were were so concerned about not doing what was expected, that we over corrected and did something that wasn’t as satisfying.”

There are things worth watching in Generations. Unlike some entries in the Trek film canon, it’s not an overly long and painful slog to sit through. Data finally receiving emotions give actor Brent Spiner some fun stuff to play with, and he has heartbreaking scenes as well as a few hilarious ones that make this worthwhile for TNG fans. And even though the scenes themselves are not what anyone wanted, it turns out that Patrick Stewart and William Shatner have a nice on screen chemistry.

Generations received middling reviews upon release, but decent box office – enough to justify a sequel, at least, which ended up being the far better liked First Contact. But although I find Generations is weirdly still watchable 25 years later, it’s still not good. When one thinks of what we could have seen, and imagines both starships Enterprise firing on each other in the depths of space, you can’t help but wonder if we’d all be celebrating 25 years of a much more fun movie right now.

And yet, this longtime Trekker has fondness for the film, if only for what it represented for Star Trek fandom at the time.  When I look back fondly at Generations now, I remember the feeling surrounding the movie, and all the hype leading up to it, more than the movie itself. Star Trek had far more popular films that came out after this one — namely JJ Abrams’ 2009 reboot — but none of them put the franchise into the cultural conversation the way the first meeting between Kirk and Picard did. And for that reason, it’ll always have a unique place in my Trekker heart.