“Raining Tacos (on Christmas Eve)” Video is a Yuletide Delight

We don’t know what you’re asking Santa for this year, but there’s one thing we always hope to find under our tree: tacos. We can think of no better gift, no matter the day. Old St. Nick isn’t much of a cook though, so we doubt we’ll be waking up to any. Yet again.

Fortunately this holiday season is still bringing us a tasty treat. Parry Gripp’s upcoming new album, Jingle Burgers, features an update of his beloved classic about the skies opening up with tortillas, beef, and cheese. And we have your exclusive first look at the video for “Raining Tacos (on Christmas Eve).”

Many music fans know Parry Gripp as the lead singer of Nerf Herder. But to others, he’s the artist behind all of those incredibly catchy tracks about cats, robots, and Baby Yoda. Now he’s back with a new collection of novelty songs, and this time he’s celebrating the holidays with Jingle Burgers, A Parry Gripp Christmas Album! No surprise, the 12 tracks aren’t exactly traditional noels. They celebrate the season with upbeat, fast songs about animals, food, pirates, and more. The record also kicks off with a new version of his wildly popular song “Raining Tacos,” one of the catchiest, most addictive ear-worms ever recorded.

This rendition imagines a most magical Christmas Eve. Not because a jolly man with a big white beard and red robes flies a sleigh across the world handing out presents. But because that night tacos rain down from the heavens on all the good boys and girls. If only….if only….. 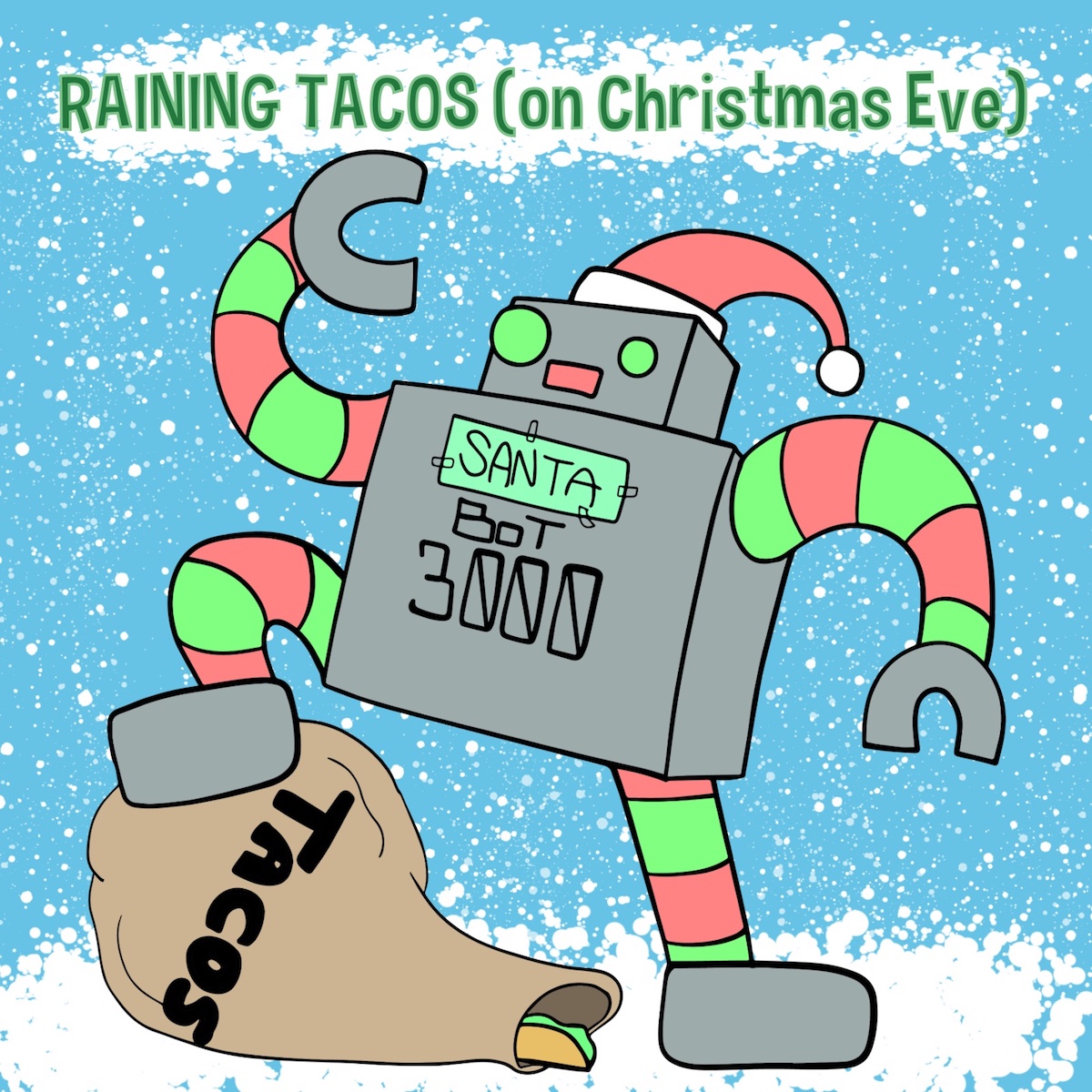 Talk about a true Christmas miracle. If that happened we wouldn’t even care about waking up to any presents on Christmas morning. We’d likely sleep in anyway after eating our weight in free “rain tacos.”

Maybe we should all mention that in our letters to Santa. Just in case some of the elves know how to cook.

Jingle Burgers – A Parry Gripp Christmas Album! will be available everywhere on November 13. You can pre-order it now. And you can also find the full track list below.