Bon Appétit‘s Claire Saffitz is one of my favorite internet personalities. As a connoisseur of junk food her Gourmet Eats series is everything I want in a cooking show. Not only does she recreate and elevate popular foodstuff, she does so by MacGyver’ing her way around the kitchen. Watching her create makeshift contraptions is just as exciting as seeing her utilize her culinary skills. And I have never been more excited to tune into one of her videos as was for her attempt to make gourmet Choco Tacos. They are the GOAT ice cream truck item, an unquestioned giant in the frozen food aisle. And if anyone could somehow improve on perfection it was Claire.

What I didn’t expect was that her efforts would take her on arguably the most difficult journey in Gourmet Eats history. It was a weeks long adventure of flavor and freezing issues spanning two kitchens, multiple ice creams, and one global pandemic. It was exhausting, but in the end it was all worth it.

Claire’s first attempt at a fancy, more Mexican-inspired Choco Taco took place in the Bon Appétit test kitchen. For four long days she made three different types of homemade ice cream: vanilla, horchata, and cajeta. She also created a masa harina waffle cone that required real ingenuity to get into a taco shape. The entire process was a lot.

Then disaster struck, as her piped-in ice cream melted inside the chocolate-lined shells. 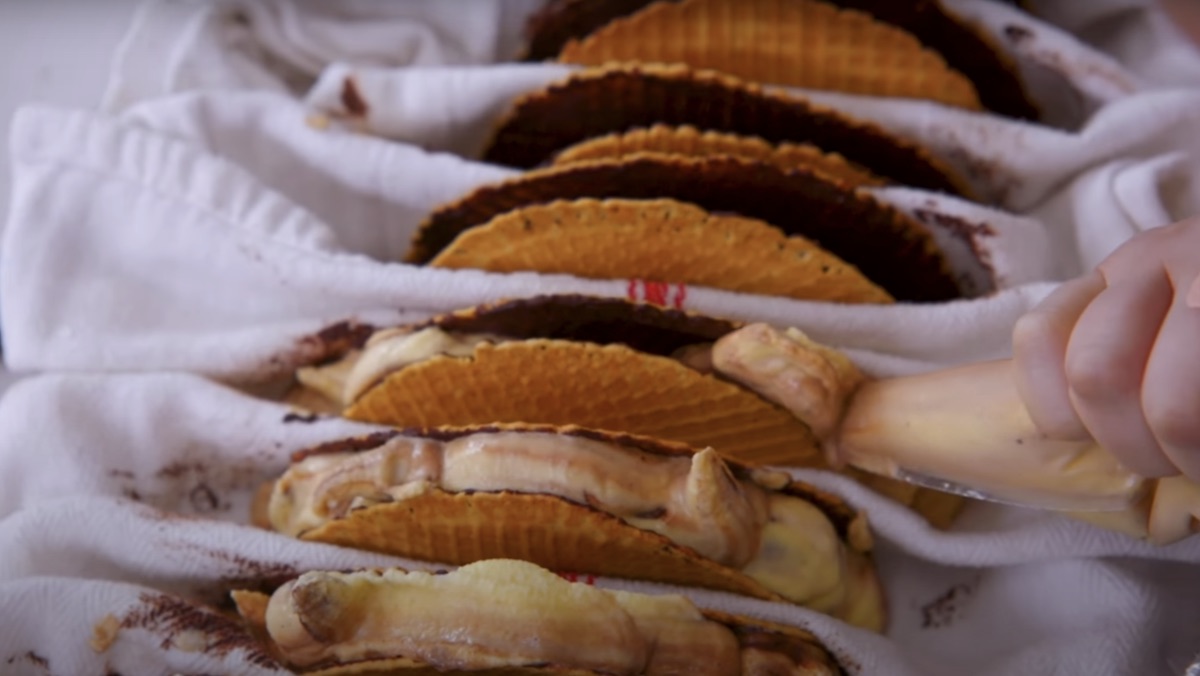 But that wasn’t even her biggest setback. Day five was delayed for over five weeks as the world shut down. To make a gourmet Choco Taco Claire would need to finish things up at home, with less resources.

That also meant less distractions though.

That looks so, so, so good.

Some will argue she “cheated” by using Häagen-Dazs. Those people are insane and should be ignored. In just a few hours Claire Saffitz and her adorable cat roommate made a crunchier, delicious-looking Choco Taco. It wasn’t easy, but it never is. And that’s why Claire’s the best.

Now we just need 7-11 to sell her gourmet Choco Taco. After all that work it’s what we all deserve.