What Kinds of Movies Are the Oscars Ignoring? - Nerdist

What Kinds of Movies Are the Oscars Ignoring?

The 92nd annual Academy Award nominations are here, and once again, they’ve ignited a firestorm online. How is it that this more inclusive voting base the Academy keeps touting continues to yield the same caliber of results? If anything, the Oscars are endemic of a culture merely inching towards change, rooted instead in nostalgia for what Hollywood perceives bygone. After a year of exciting, prestigious, and successful films from so many non-white, non-male storytellers, this batch of nods is an especially disappointing one for the Academy.

Additionally, the nominations are informative about the type of filmmaking Hollywood favors and respects, and who it allows in its club. This is especially evident in the Best Directing category, where no women were nominated and only one man of color made the cut. (That being Bong Joon-ho, for the excellent Parasite.) No respect for Greta Gerwig’s inventive adaptation of Little Women or Lulu Wang’s triumphantly tender dramedy The Farewell or Lorene Scafaria’s biting real-life crime story Hustlers. All films that made a huge impact on audiences in 2019 but were mostly shut out of consideration.

But it’s not just a lack of nominations for women and people of color that makes the 92nd Oscar nominations so frustrating. When you look a little deeper, you notice a more insidious trend that speaks volumes about the myopia of Hollywood and the Academy’s voting body. 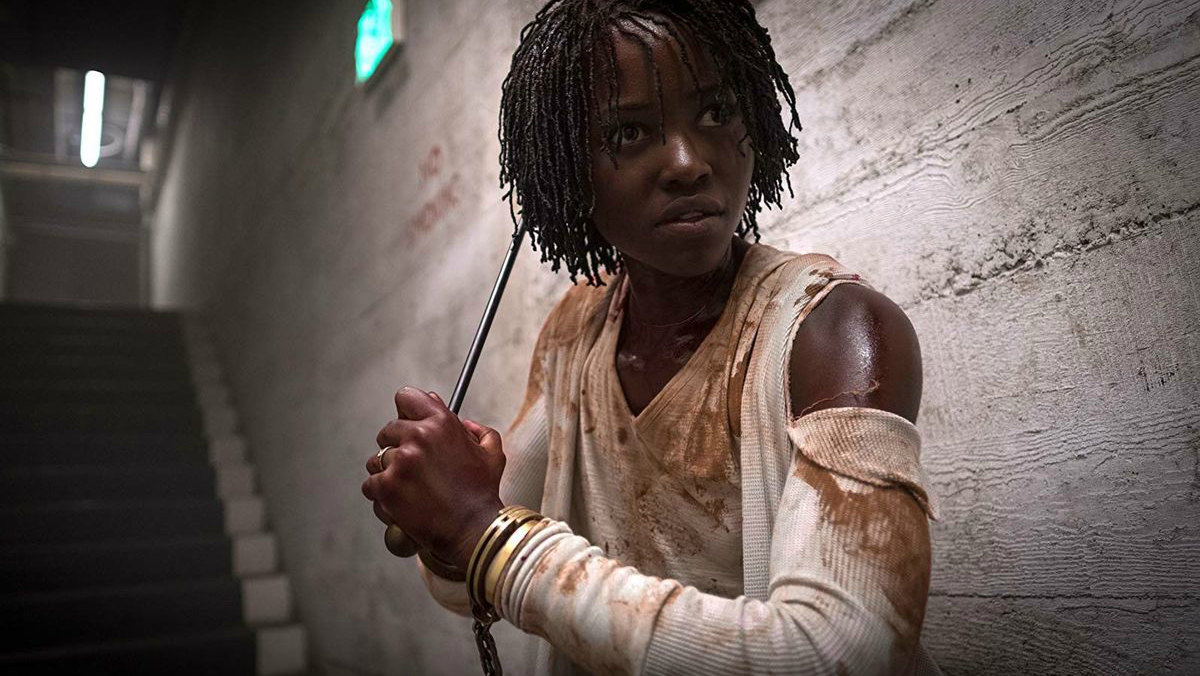 Ahead of Monday’s nomination announcements, many fans and pundits wondered if Lupita Nyong’o would sneak into the Best Actress category for her tremendous work in Jordan Peele’s Us. She had a few things going against her, namely that Us is a horror movie and that she’s a black actress in a film set contemporaneously. Indeed, the category was filled instead with all-white nominees with the exception of Cynthia Erivo in Harriet, a historical film about slave-turned-abolitionist Harriet Tubman.

As Vulture critic E. Alex Jung put it on Twitter, “Cynthia Erivo in Harriet as the only non-white acting nominee is some extreme white gatekeeper energy of the kinds of roles they do want.” It speaks to an overall trend of favoring slave and oppression narratives for black actresses. Indeed, Nyong’o previously won a Best Supporting Actress Oscar for her work in 12 Years a Slave, where she played, yes, a slave.

The fact that so many black actors only win in supporting categories is also indicative of this exclusionary and condescending trend. A nomination for Nyong’o in Us would have crushed several voting stereotypes at once. Instead, her absence paved the way for Charlize Theron to get a nomination for playing Megyn Kelly—a real-life figure who has drawn ire for her own racially insensitive remarks, and whose made sympathetic for the sake of a story written about women by men—in Bombshell. 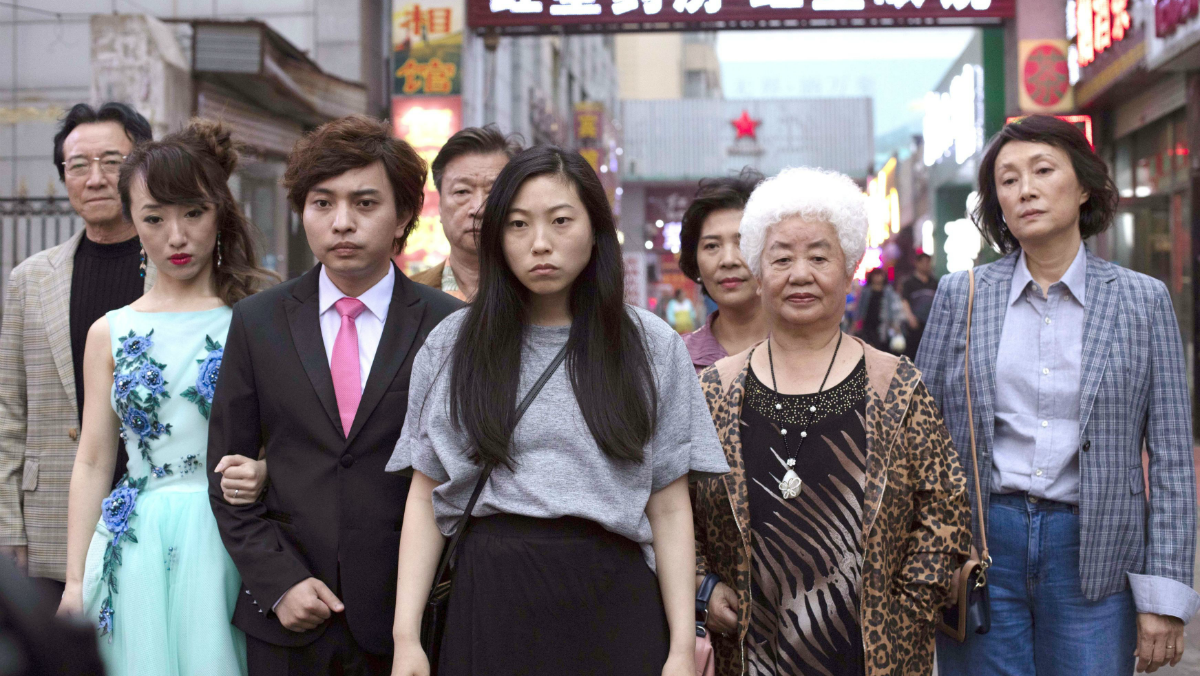 Stories by women for women were mostly shut out

Bombshell snuck into a few categories. The film details the real-life Robert Ailes sexual harassment scandal at Fox News through the POV of three female journalists. It’s meant to be empowering and no-nonsense, and bolsters a mostly female cast, but it was written and directed by two white men. (Charles Randolph and Jay Roach.) In a year that gave us so many dynamic stories featuring sprawling female casts that were actually written and directed by women, this is especially upsetting. The aforementioned Hustlers and The Farewell received zero nominations, despite their critical and financial success.

Céline Sciamma’s Portrait of a Lady on Fire, Mati Diop’s Atlantics, Chinonye Chukwu’s Clemency, Melina Matsoukas’s Queen & Slim, Joanna Hogg’s The Souvenir: all critically acclaimed movies by women and about women that didn’t receive any awards attention. Even Frozen 2, a movie about female power and interiority (and co-directed and co-written by Jennifer Lee), failed to get a Best Animated Feature nomination.

The only female-penned movie to break into a major category is Gerwig’s Little Women for Best Adapted Screenplay, Best Supporting Actress, Best Actress, and Best Picture. And while it’s highly deserving of all of those nominations, it says a lot that stories made by and starring white women are the only ones that break through. 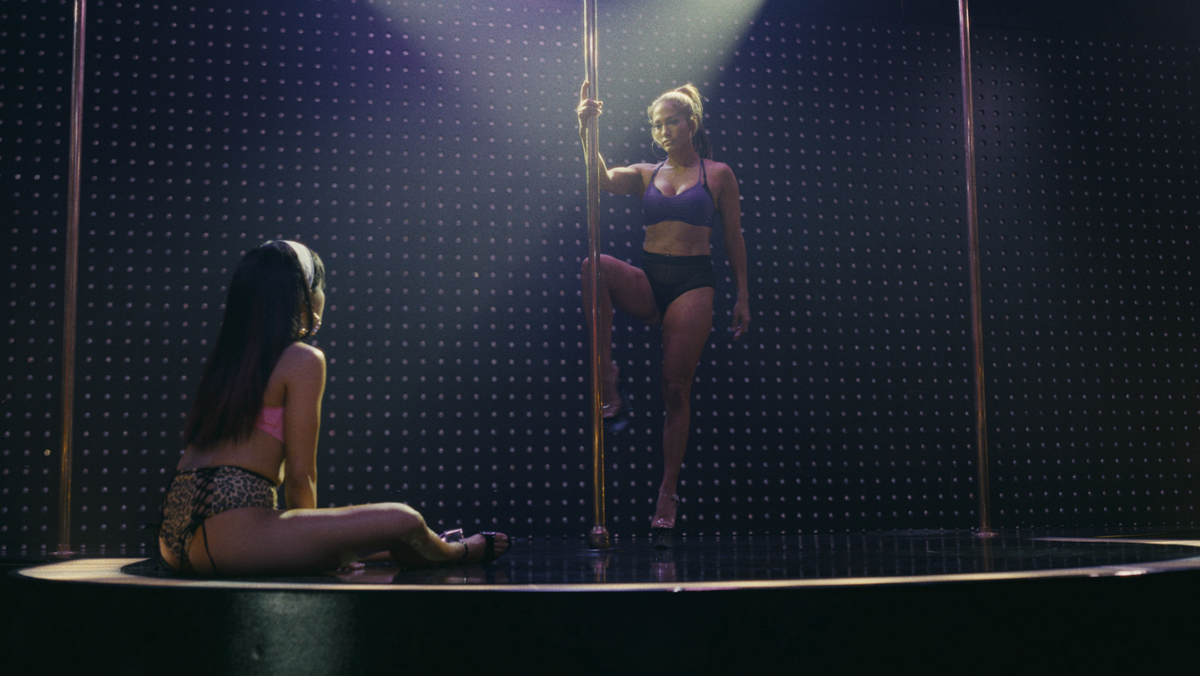 Every year, there is at least one transformation story that gets the Academy’s attention. This year, that primary focus of this trend is Joaquin Phoenix, who distorted his body into a wiry, painfully thin bundle of nerves for his work in Joker. Likewise, Charlize Theron’s Megyn Kelly makeup landed her a spot in the Best Actress category and is perhaps the most buzzed about thing in Bombshell.

It’s a pity physicality is only really exalted when you’re a white actor. Jennifer Lopez’s role in Hustlers, which was blatantly snubbed for Best Supporting Actress, had the 50-year-old Latinx actress transforming her body in a different way. She didn’t starve herself or bury her face under prosthetics, but chiseled it to muscular perfection and hoisted herself to the top of a stripper pole.

Yes, Lopez is always fierce and fit, but there’s a reason so many people spent their post-Hustlers afterglow admiring her heel-click striptease to Fiona Apple’s “Criminal.” Because her body moved and stunned and transported us. And yet she lost a nod to the twice-nominated Scarlett Johansson—whose real-life controversies had no bearing on her popularity—and Margot Robbie’s steely Bombshell performance, which involves little more than walking down a hallway in high heels and looking worried. Make it make sense, Academy. 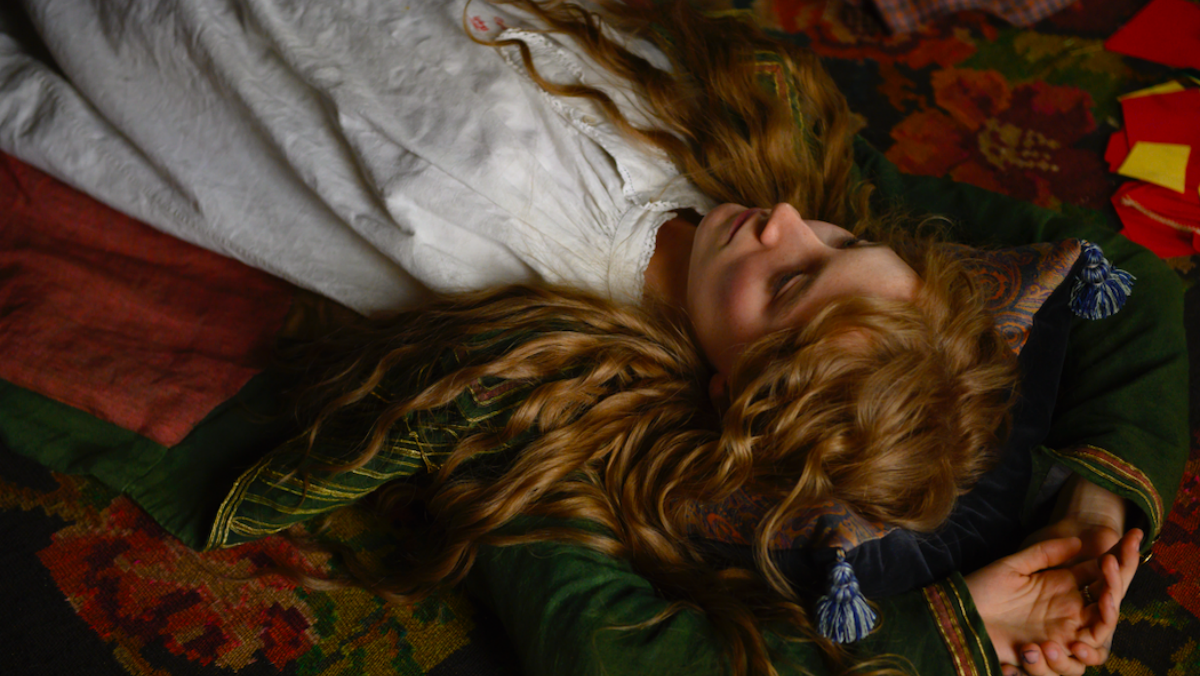 Why the Academy Awards matter

Every time the Oscar nominations come out and expectedly disappoint, the same chorus of folks will chime in to remind us that Academy Awards don’t have a lot to say about a film’s quality or historical resonance. Stanley Kubrick never won an Oscar, after all. They’re hardly a mark of quality, considering how many rotten and forgettable movies have landed a Best Picture win. And while that’s certainly true, it totally ignores the larger point: That the Oscars can mean a world of difference for non-white, non-male filmmakers.

Think of the most prominent female directors in the business. Kathryn Bigelow, Greta Gerwig, Ava DuVernay, Sofia Coppola. Their Academy Awards have offered a certain amount of insulation in an industry known for cycling through talent. Having “Oscar” attached to your name means you infiltrate not only a layer of prestige, but that you’re afforded a plethora of studio clout. The resultant opportunities shift what we see on a micro and macro level, from independent features to blockbusters.

As long as the nominees continue to be overwhelmingly white and male, so will Hollywood, and so will its stories. It’s why we get so riled up. Because we’re sick of this cyclical, snail’s pace push towards representation. For every Moonlight, there are five Green Books in a row. Will we ever see an actual shift, and if so, what will it take? For now, the Oscars remain a sea of missed opportunities and recycled ideas about the type of storytelling worth celebrating. Let’s hope for a Parasite– or Little Women-shaped surprise on awards night—perhaps seeing change in action will finally do the trick.