Frozen 2 is about a lot of things. Colonialism and the silencing of indigenous cultures. Sisterhood and its powerful, unknowable reach. The quest for personal identity at whatever cosmetic cost. The nihilism that comes with growing older and more cosmically aware of life’s virtues and terrors.

Does it marry these threads together elegantly? Not always. But it’s hard to deny the power of the storytelling—both visual and literal—in this entertaining Disney sequel. The film strikes many of the same chords as the first Frozen, but does so more gallantly this time around. It’s an epic story with an interior core and a mythic sensibility that sends a powerful message to young girls: that sometimes the home you thought you desired isn’t the final answer, and personal evolution is life’s real answer.

Frozen 2 finds our heroine, Elsa (Idina Menzel), at a bit of a crossroads. After the events of the first film, she’s re-established herself as the queen of Arendelle, but she’s not totally content in the role. She watches her sister Anna (Kristen Bell) enjoy her new life in the kingdom, as she banters about with her doofy but lovable boyfriend Kristoff (Jonathan Groff), his reindeer Sven, and the sentient snowman Olaf (Josh Gad)—but Elsa can’t find that same complacency. She’s left with the nagging feeling that there’s more out there for her, she just isn’t sure where or how to get it. Until one day a voice starts calling to her—a voice that only she can hear, which seems to exist in the margins of the wind. 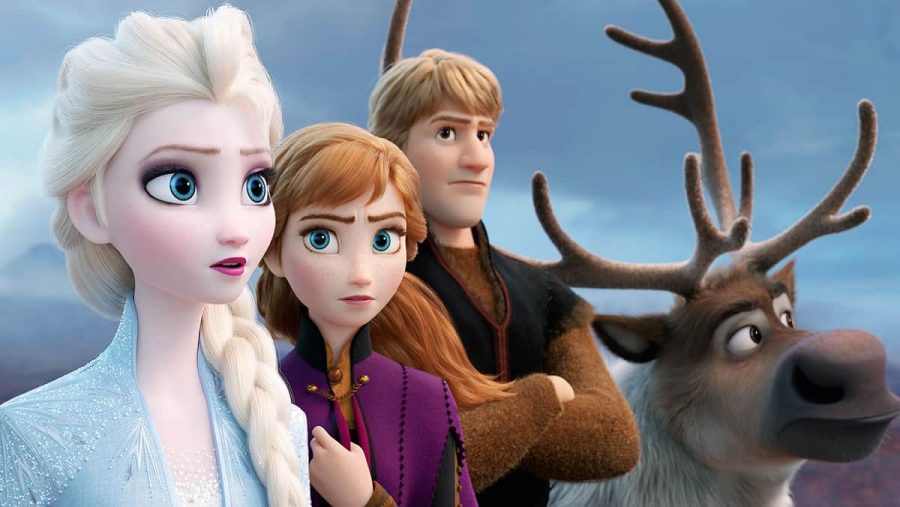 Soon, cataclysm comes to Arendelle, and it’s up to Elsa, Anna, and the others to find the source of what’s preying on their homeland. The mystery that ensues has ties to Elsa and Anna’s parents, but more than that, to the foundation of every establishment they once trusted. The plot involves a series of revelations that disrupt the sisters’ worldview. Maybe this harmonious land they’ve fought to protect doesn’t deserve such esteem. And maybe their personal histories deserve some cross-examining as well.

The film is all about identity—its presentation, its dissolution, and the acceptance of its amorphousness—which makes Frozen 2 more challenging than its easier-going predecessor. While the first Frozen told Elsa’s story from a place of confusion and fear, Frozen 2 tells it from a place of reconciliation. She’s accepted who she is—a woman with an incredible magical ability to freeze the atmosphere around her—but what does it actually mean to have that power, and how does it inform your future whereabouts?

Frozen 2 begs that question through its soundtrack, which is more robust this time around, though not exactly more memorable. Chris Buck and Jennifer Lee, who wrote the music and also directed the film, are doubling down on Menzel’s incredible range with a few ballads that exceed the power of “Let It Go” but don’t necessarily rival its catchiness. All of the songs in Frozen 2 are great, but have a hard time living up to the more digestible tunes from the first film, which are so ingrained in our zeitgeist that it feels a little unfair that this one should have to measure up to that high bar. 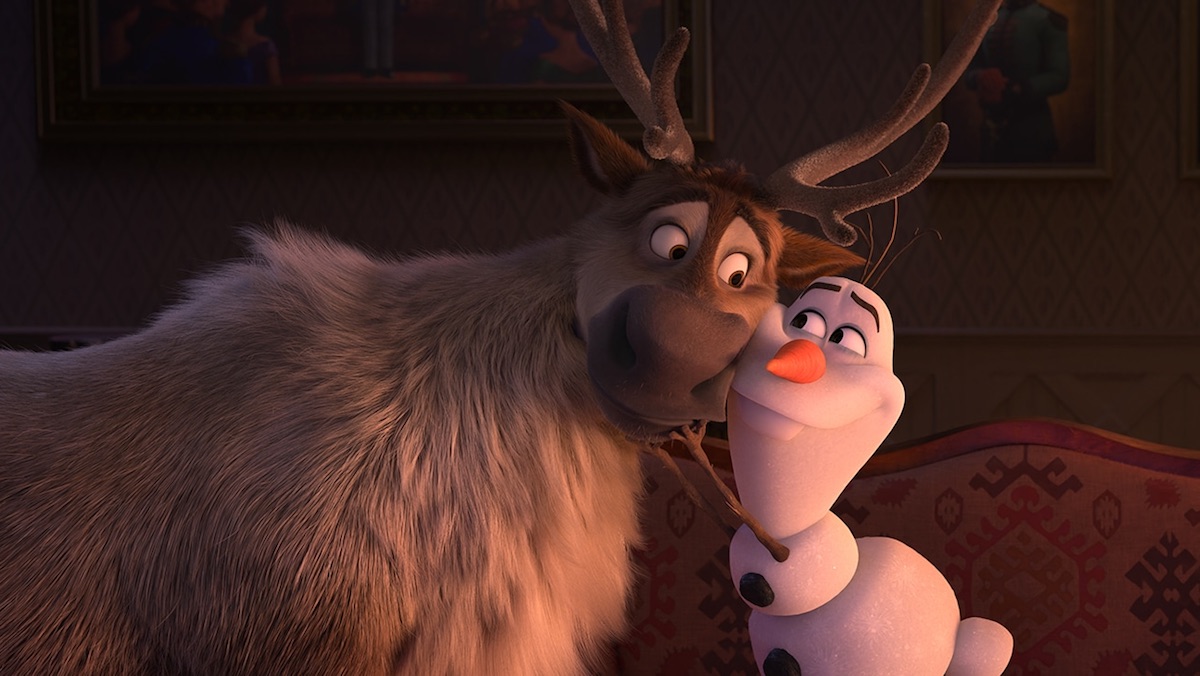 And yet there are songs like “ Into the Unknown” that will challenge young audiences to not only look inward, but into themselves on a meta-textual level. (Anna also gets a lovely song called “The Next Right Thing” near the climax that serves a similar purpose.) Tunes that get into the fiber of peculiar womanhood and examine it microscopically. I’m not sure any Disney musical has ever been so powerfully, indelibly mythic as Frozen 2—which erupts into moments of visual richness to match the music, with visions of underwater horses and women figures in the wind; markers that acknowledge the story’s roots in Danish writer Hans Christian Andersen’s “The Snow Queen,” making it feel of an old-time culture—though it remains, ultimately, of its time.

This deep feminine mystique coupled with concepts like Olaf’s growing sense of innate awareness and Kristoff’s masculine ineptitude, make Frozen 2 a strange Disney movie. It’s arguably too big and too much—and those moments of grandiosity might float right over its target audiences’ heads—but it’s hard to resist a kids’ movie that’s this audacious. There’s a messiness to Frozen 2; it gets lost in its own self-importance occasionally, and loses the plot as it indulges in moments like Kristoff’s ’80s-esque power ballad (finally, they let Groff sing!) and the confusing mythology of Elsa and Anna’s parents.

But all of this adds up to a movie that feels recognizably itself. Strange and big, but unparalleled in its ability to communicate certain ideologies to its viewers. Ideas about interiority and self-satisfaction, of forging a future that looks so different from the template you once imagined. Those may sound like understandable concepts to adults, but they’re monumental to children—anything that tells us we can change ourselves, better ourselves, and always do “the next right thing” is important. Frozen 2 may get lost in its own mirage every now and then, but when it finds its way, it forges some of the most powerful storytelling ever seen in Disney animation.