Earlier this month, the sands of Sunset Beach, Oregon, welcomed an unusual sight. A 100-pound opah, sadly deceased but remarkably intact, washed ashore on the morning of July 14. The species is uncommon to the cold waters of the Pacific Northwest. You’re more likely to find opahs occupying the oceans of the Southern Hemisphere, or in the Mediterranean Sea. That a fish of this sort traveled so far north could be the ramifications of ongoing climate change.

The Seaside Aquarium of Seaside, Oregon, got ahold of the fish and posted some information on its Facebook page. You can take a look just below, and learn more about the aquarium’s plans for this find. (We first caught sight of the news over at Smithsonian magazine on Thursday morning.)

The unusual find even made it to broadcast news all the way across the country, in Philadelphia, Pennsylvania. Below is a segment showing off a few angles of the fish, and noting the rareness of the circumstances.

The opah goes by many names. Funnily enough, it is commonly referred to as both “moonfish” and “sunfish,” owing to its shape and its otherworldly shimmer. The specimen apprehended in Oregon boasts a particularly vibrant veneer, reminiscent of the modern classic children’s book The Rainbow Fish.

Its dazzling skin compounds the magnitude of its terrific size; this character clocks in at 100 pounds and three-and-a-half feet long. However, opahs can grow much larger than that. Some varieties reach over 600 pounds, and measure over six feet from nose to tail. 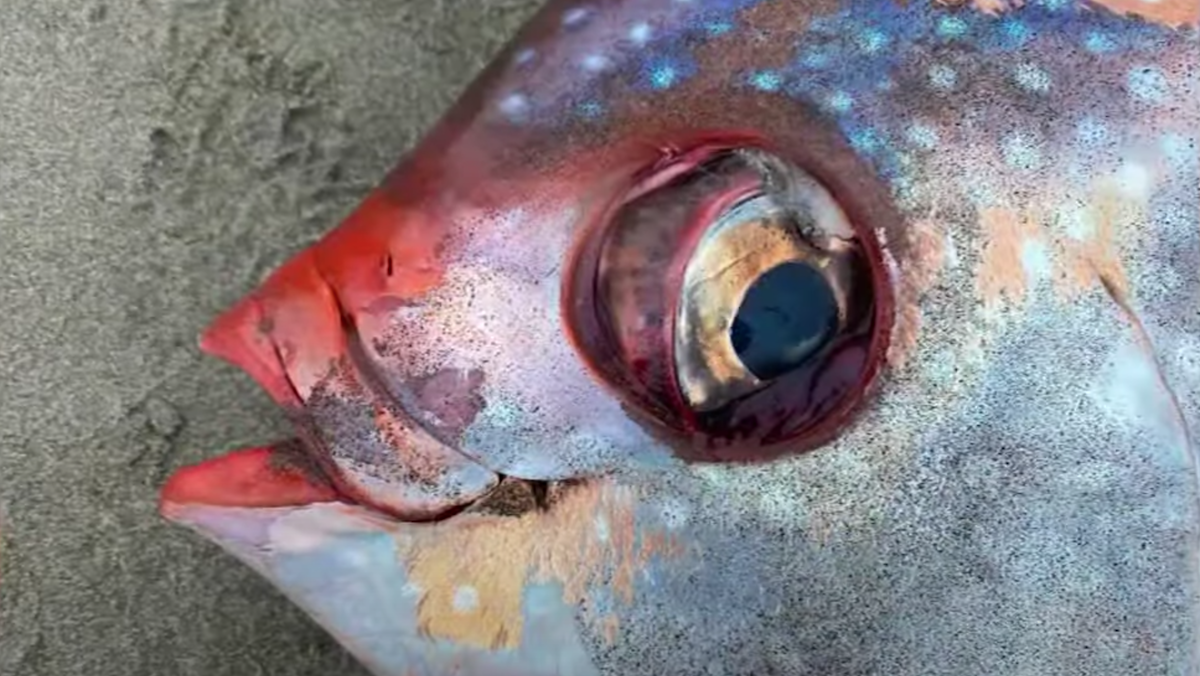 Given that it is rare to get your hands on such a fish, there’s still a lot yet unknown about its biology. The Seaside Aquarium has voiced plans to take advantage of this opportunity by dissecting and studying the beached opah. We’re curious to hear about what they discover.