This Fish with Humanlike Lips and Teeth Is Unreal - Nerdist

This Fish with Humanlike Lips and Teeth Is Unreal

Steven Tyler step aside. A new pair of pouty lips is on the proverbial scene, and they may take the title of world’s most fabulous. And those lips belong to, of course, a fish found in Malaysia. Along with those pouty lips, the fish also generally has a disturbingly humanlike smile. One that is so spot-on sapien the internet thought it was a bad photoshop job at first. And while the lips may be a bit exaggerated, this type of fish does possess a mouth way too much like ours.

Twitter user RaffNasir shared the above photo from The New York Post. The images shows off the fish’s unnerving human mouth. Along with a pair of photos of the fish, Nasir noted in a Malay dialect that “Her lips are hotter than mine.”

The fish is a triggerfish. Triggerfishes are approximately 40 species of often exotic-looking fish marked by brightly colored lines and spots. Triggerfishes inhabit tropical and subtropical oceans around the globe, with the largest number of species residing in the Indo-Pacific. 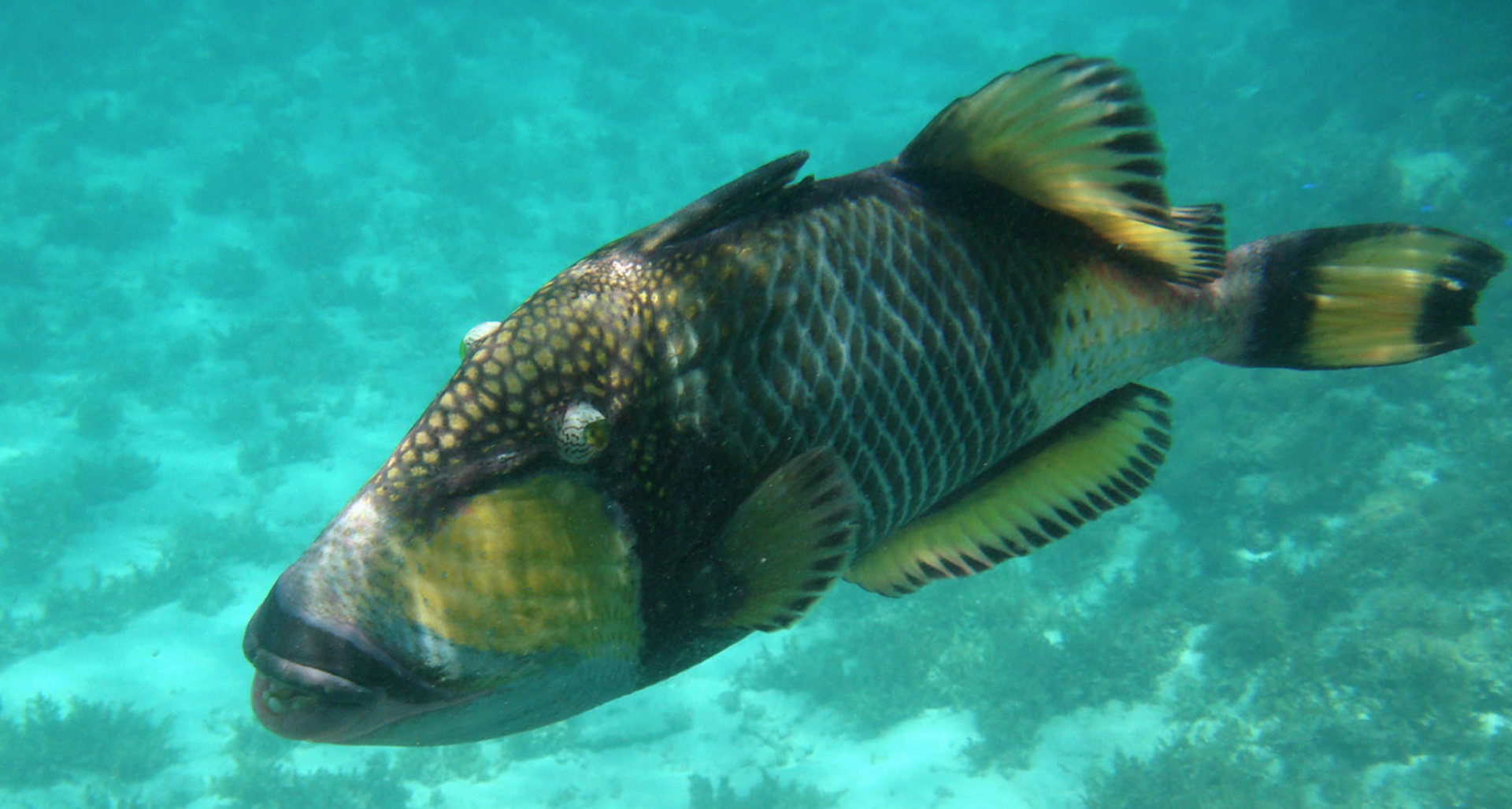 Triggerfishes, like the one in Nasir’s pictures, often have mouths that look somewhat humanlike thanks, in part, to their teeth. Triggerfishes’ teeth are adapted for crushing shells. They diet on bottom dwelling crustaceans and the like. As a result, their teeth have taken on a human appearance—especially when viewed head-on. And those pearly whites can get it, too. Triggerfishes have sometimes attacked divers and delivered painful chomps.

They aren’t the only fish in the sea with some serious-looking smoochers. Vice, for example, noted that the White Lip Cichlid has lips “plump enough to give Kylie [Jenner] a run for her money.” See the fish in the below video.

Perhaps the best part of Nasir’s fish pics is the fact that the internet used them as a springboard for the imagination. Twitter user Kenkenlagada definitely had the hottest hot-fish take, when he applied some well-manicured nails and eyelashes to the fish face. This gives the fish the kind of attitude most of us only ever dream of rocking.