Octopuses Punch Fish to Keep Them in Line - Nerdist

Octopuses Punch Fish to Keep Them in Line

Along with being brilliant problem solvers, it turns out octopuses are also excellent underwater brawlers. Even when they’re only babies. Now, a team of scientists says it’s documented another octopus behavior that demonstrates its aggro nature: fish-punching. And the worst part is, the octopuses specifically punch fish with whom they’re hunting.

Our new paper is out on @ESAEcology, showing that octos express this behavior during collaborative hunting with other fishes. This was probably the most fun I had writing a paper. Ever! (small 🧵)https://t.co/Vwg9BoaSUo pic.twitter.com/PIYuVXpM9t

The scientists recorded eight separate instances of octopuses punching their fish teammates, and outlined the behavior in a study accepted for publication in The Scientific Naturalist. In the study, which comes via Gizmodo, the scientists say octopuses hunting collaboratively with fish will punch them for various reasons. In general, it seems like a way to keep them in line. 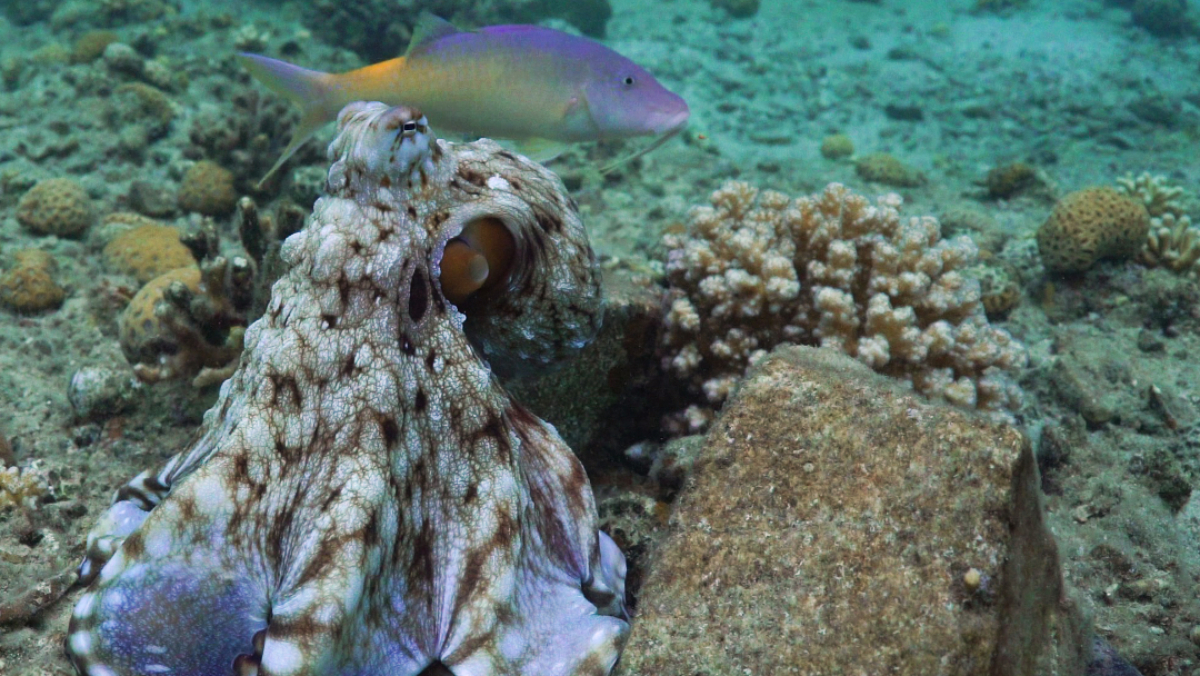 Essentially, when octopuses and fish team up to hunt prey—it’s common for morphologically complementary species to work together—an imbalance between effort and reward can arise. When an octopus feels its effort-to-reward ratio isn’t satisfactory, it’ll literally punch its partner fish. Then, to add insult to injury, quickly use its body to cover and claim prey. The behavior is example of a “partner control mechanism,” the scientists say.

The scientists also say the octopuses sometimes threw punches without any immediate reward. Meaning, sometimes the octopuses punched fish out of the way of prey, but sometimes… they just punched the fish. Which must mean the behavior is more than just a simple “get out of my way” jab.

“[P]unching might impose an immediate cost to both partners, but since hunting groups promote additional subsequent interactions, such negative feedback can yield an overall higher benefit for players in the long run,” the scientists say in the study. Which must mean the octopuses help their partner fish hunt a lot of prey; being punched repeatedly sounds like a high cost to pay for anything else. 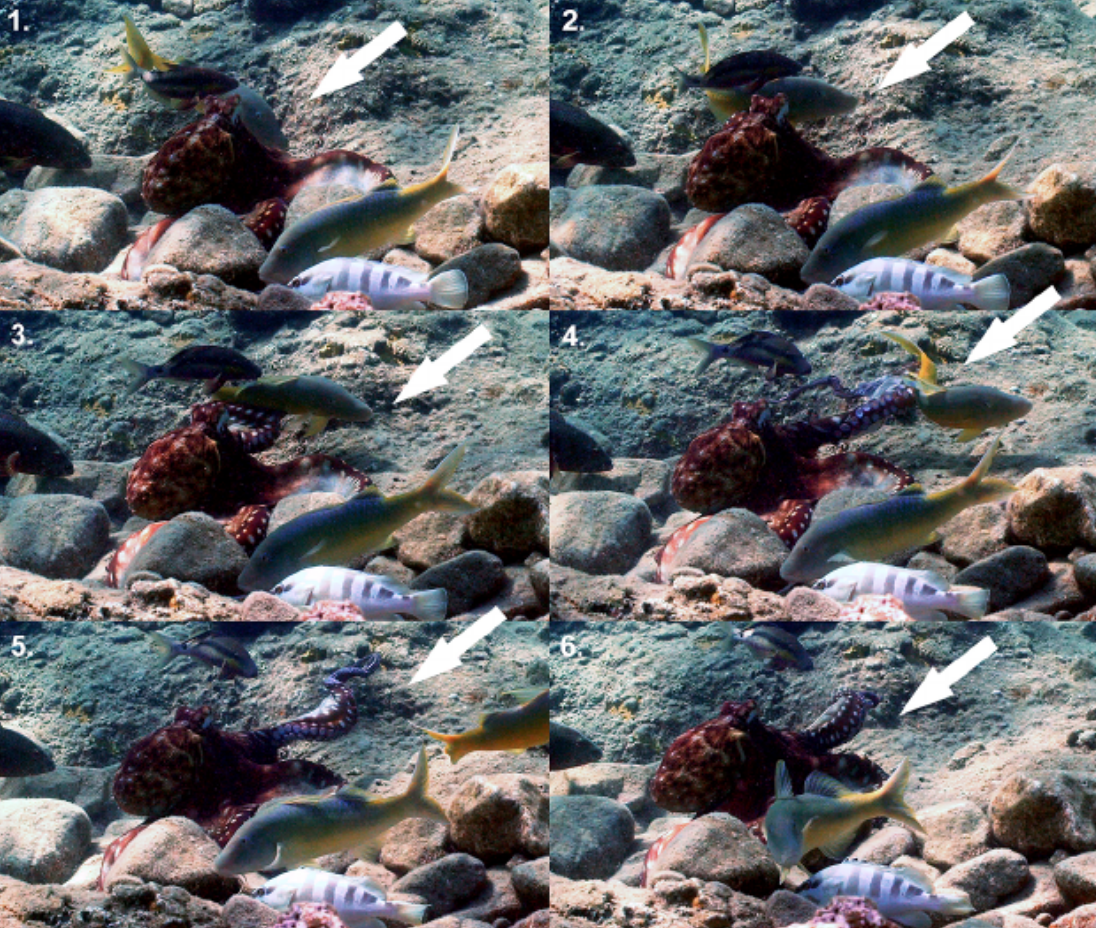 Moving forward, the scientists want to develop a better understanding of this behavior. They say there are likely multiple mechanisms underlying the fish-punching. Although it’s hard to believe it’s a truly altruistic behavior. Especially considering what we’ve seen octopuses do to shrimp before.