Watch the First Trailer for Shudder’s New Spin on CRITTERS

Stephen Herek introduced the world to the creepy, cute, and hungry creatures known as Critters in 1986. The flick quickly became a B-Movie classic and spawned three sequels. Now, AMC’s horror streaming service Shudder is bringing the alien invaders back in a new exclusive horror-comedy series: Critters: A New Binge.

The official description of the Critters: A New Binge sounds like a bundle of furry fun that retreads some familiar ground while introducing some new players. “Pursued by intergalactic bounty hunters, the Critters return to Earth on a secret mission and encounter lovelorn high-schooler Christopher, his crush Dana, his best friend Charlie, and his mom Veronica whose past will come back to bite them—literally.”

The trailer showcases some pretty impressive practical effects and plenty of humor, gore, and shapeshifting bounty hunters. Frankly, we cannot wait! It’s tough to reimagine a classic franchise, but Jordan Rubin, Jon Kaplan, and Al Kaplan’s new vision looks to be a whole lot of fun, plus the original Critters creative team is also on board to executive produce. That may allay any worries you have about this series straying too far from the source material that inspired it. 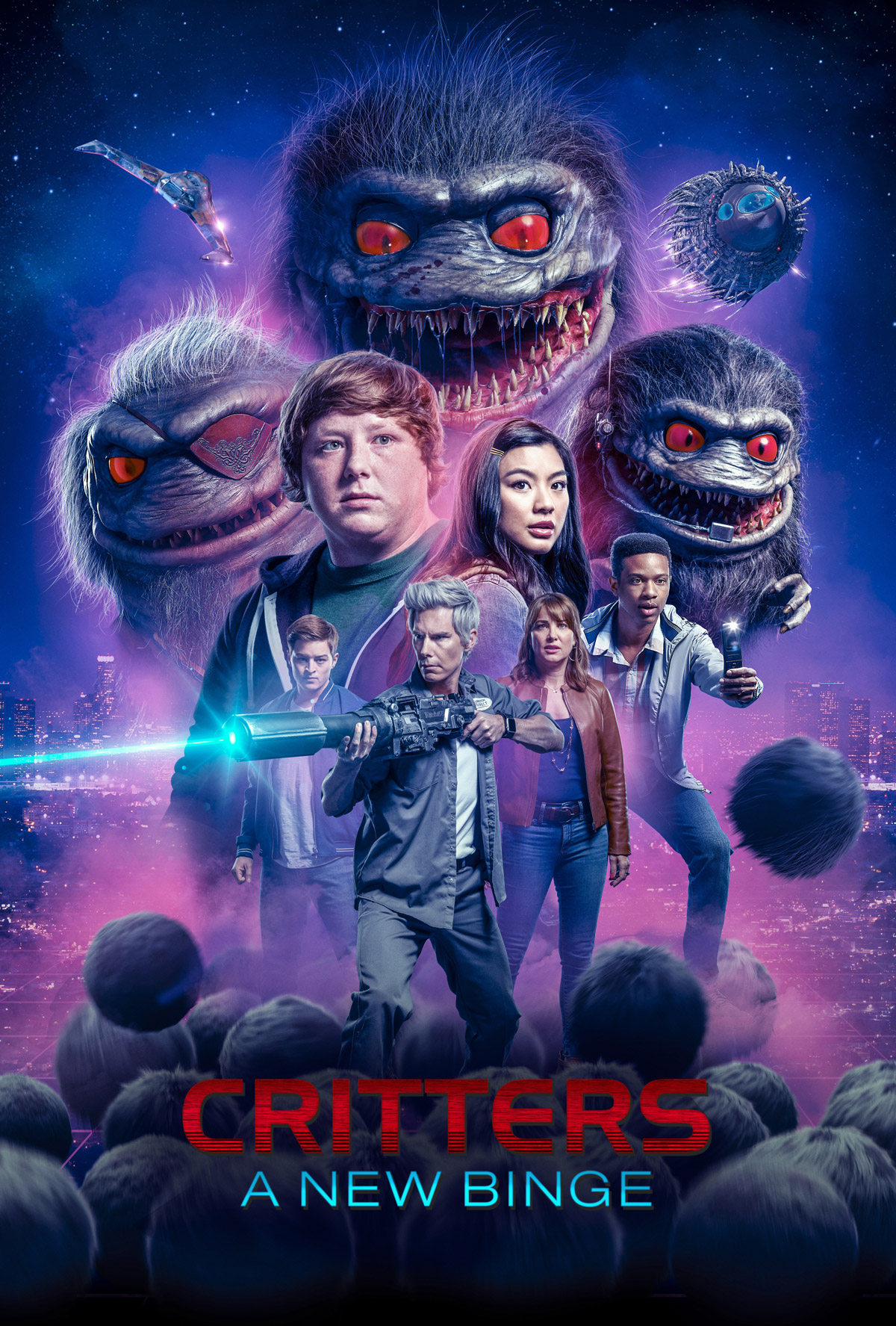 The show comes from Warner Bros. Television Group and their digital arm Blue Ribbon; they’re clearly excited about the project. “It’s been more than 30 years since the Critters first landed on the big screen, and we’re incredibly proud to bring this cult classic franchise back to fans. Shudder is the perfect platform for this fun, scary new take on everyone’s favorite, furry extraterrestrial threat. We are committed to delivering Shudder members the best horror content available and this time we are also bringing the laughs.” said Peter Girardi, Executive Vice President, Blue Ribbon Content, and Executive Vice President, Alternative Programming, Warner Bros. Animation.

All episodes of the show hit Shudder on Thursday, March 21.