Old fashioned music boxes usually evoke certain kinds of memories in people. It either reminds them of something their grandma would have owned, or it brings to mind creepy horror movies like The Conjuring. What it usually doesn’t make one think about is the big blustering themes of superhero films. Well, thanks to Geeks Are Sexy, we’ve discovered a video that might change all of that.

YouTube channel Music Box Rox creates old-timey music boxes for everything from pop music classics to TV show themes. Now, they’ve turned their attention to the Marvel Cinematic Universe. More specifically, the iconic piece of music from composer Michael Giacchino that’s been the official Marvel Studios fanfare since 2016. And it has accompanying images of the greatest heroes of the MCU in a lineup, just like we see when going to the movies. 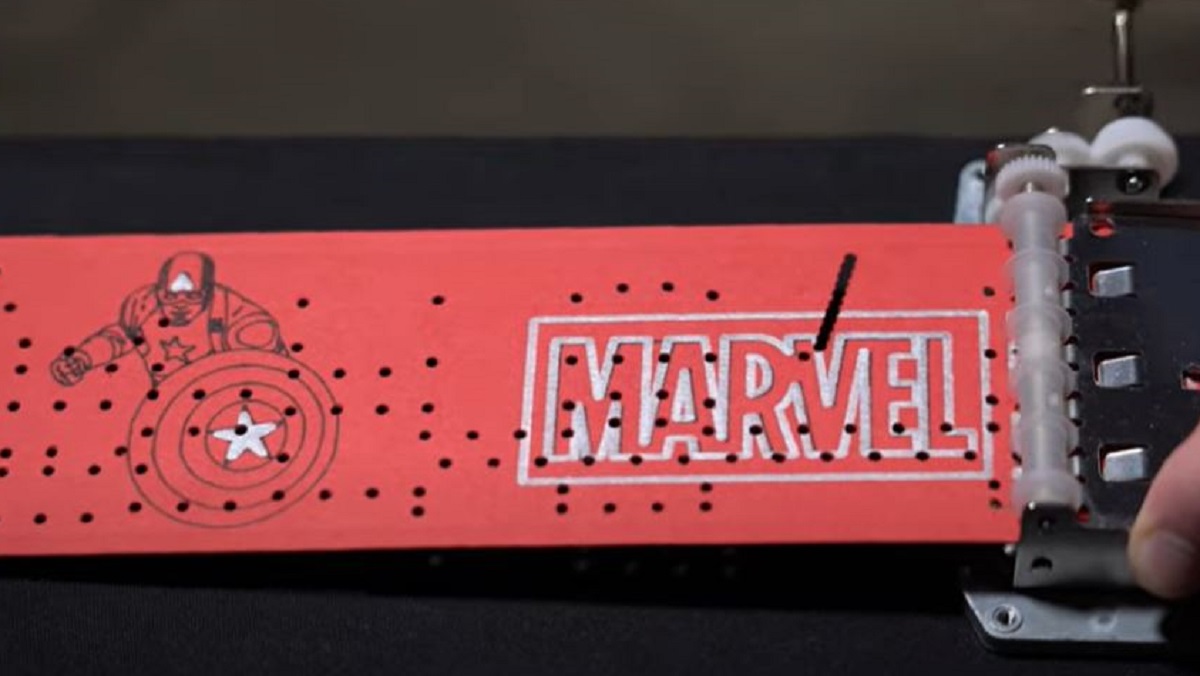 Most of the main heroes we see in the Marvel Studios opening logos get recreated here. We’ve got Iron Man, Hulk, Black Panther, Black Widow, Ant-Man, the Falcon, Thor, and good ol’ Cap. Sure, some big players are missing. No Guardians of the Galaxy made the cut, and neither did Doctor Strange. But we think this is a pretty good approximation of Marvel’s prime Avengers. Maybe you’ll make it to the next music box, Rocket and Groot.

Music Box Rox does have one other really cool MCU-related music box on their channel. And yes, it’s the “Agatha All Along” tune that we replayed over and over again just a few months back. Just as with the Marvel Studios fanfare, it’s got images on the strip. This time of Kathryn Hahn as the one and only Agatha. And yes, in the music box version, she still killed Sparky too.

To check out other fantastic pop-culture-themed music boxes, including ones for Star Wars, Star Trek, and The Simpsons, head on over to the Music Box Rox channel.