These 3D Murals Astound with Their Realistic ‘Pop’

A visual artist going by the moniker “ Odeith” produces graffiti James Cameron would probably be proud of. That’s because the artist’s work, which can be found across the globe, manages to turn corners and flat walls into unique 3D optical illusions. They’re optical illusions that pop from their concrete and brick canvases and play with people’s sense of perception—kind of like a street version of Avatar.

Odeith, who originally hails from Portugal, has been famous for some time now for his work. As BoredPanda reports, the artist has been particularly on-point lately, producing numerous, surreal street murals. His latest murals feature giant insects, flying cars, and a whole lot of skulls. 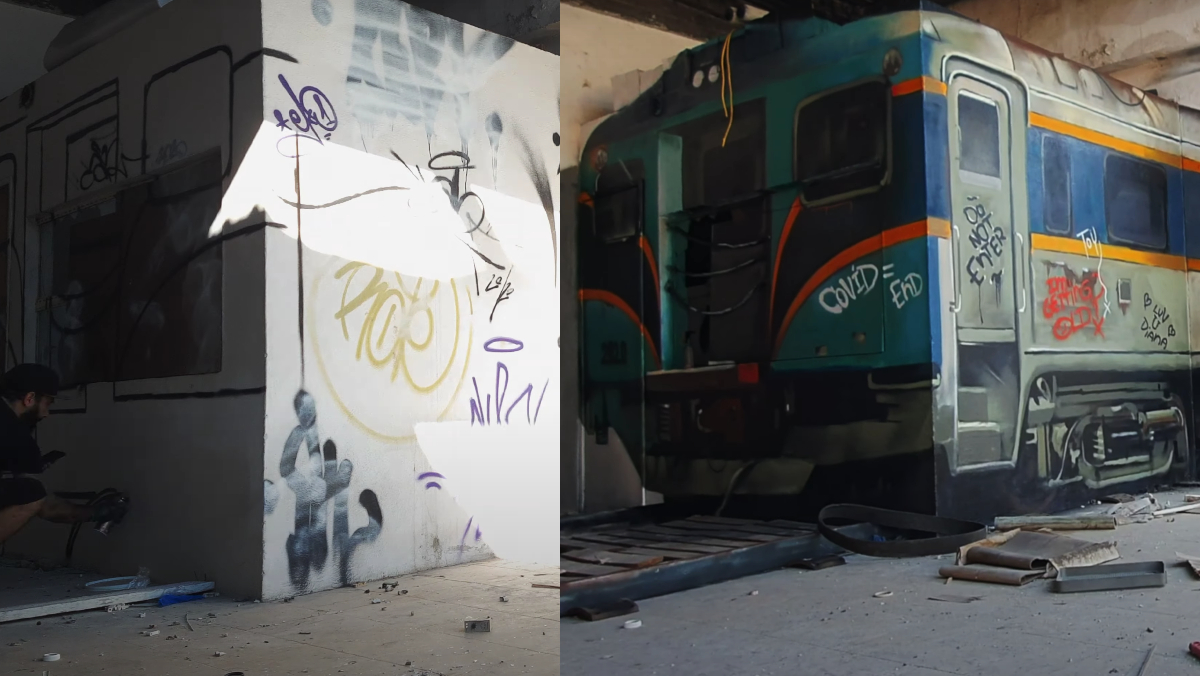 As he notes on his website, Odeith utilizes a technique referred to as “anamorphosis” to create his illusions. Anamorphosis describes a distorted image that requires a viewer to occupy a specific vantage point to process it correctly. (You’ve probably seen examples of anamorphosis before, as this type of art is popular for installations.)

Odeith’s work is unique, however, as he tries to capture a “dark style” of anamorphosis. He refers to this style as “Somber 3D,” and it does indeed lend a particular Breaking Bad quality to his work. Odeith’s work is disturbing and beautiful and occasionally involves a mesmerizing fly.

On top of the anamorphosis effect, Odeith’s work also sometimes features visual elements that are truly astounding. The faux light beaming off the mural in the wall below, for example, seems like it’s genuinely being created by a phone screen. And whatever is happening in the mural above is something that could confound David Blaine.

What do you think about Odeith’s poppin’ 3D murals? Do you have any favorites? And can anybody tell us how the water in that crocodile mural is moving? Tag up the comments with your thoughts!