Scientists utilizing the eROSITA X-ray telescope have captured the deepest-ever X-ray survey of the universe, and the image contains more than one million X-ray objects. That is roughly double the number of astronomical X-ray source objects that have been discovered over the past six decades combined. It’s also been estimated that the majority of the newly captured X-ray objects are active galactic nuclei; i.e. supermassive black holes at the center of galaxies that glow while they munch down matter. 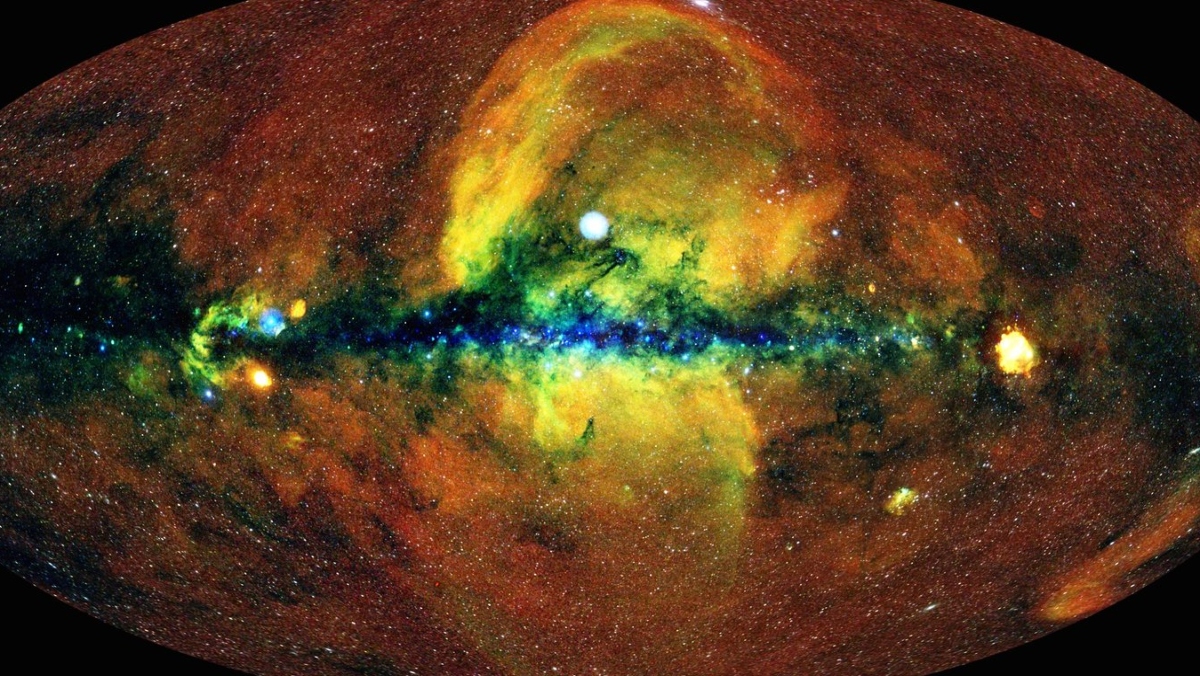 Science News reported on the survey (shown above), which was announced by the Max Plank Institute for Extraterrestrial Physics (MPE) in Garching, Germany. The Principal Investigator for eROSITA, MPE’s Peter Predehl, said in the announcement that “This all-sky image completely changes the way we look at the energetic universe.”

The MPE announcement, made in June, notes that while most classes of cosmological object emit X-rays, this “hot and energetic Universe” still looks different than the one presented by optical or radio telescopes. Amongst the million-plus X-ray emitting objects captured by the 182-day survey are everything from merging neutron stars to supernova remnants to star-forming nebulae. 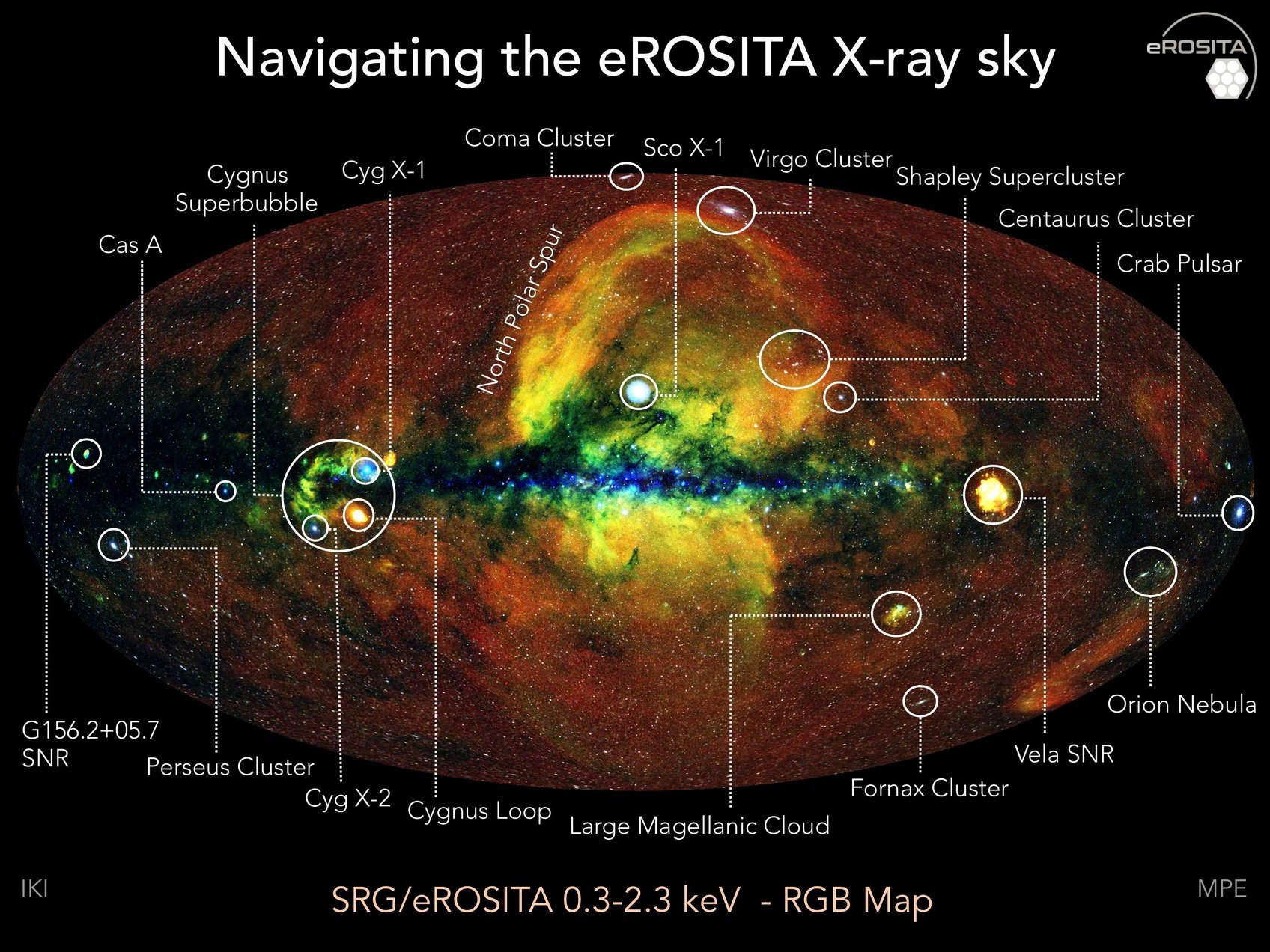 A handful of the X-ray emitters are highlighted in the image above, including the Orion Nebula, the Shapley supercluster of galaxies, and Sco X-1—a neutron star that stands as the strongest source of X-rays in the sky. The North Polar Spur, a giant arc of radiation above the plane of the Milky Way, is also labeled. The arc is of particular interest to the German and Russian teams involved with eROSITA. (Note: The X-rays are color-coded by energy. Blue signifies the highest energy X-rays, followed by green, yellow and red.)

Mara Salvato, another scientist from MPE who works as an eROSITA team lead, said that this survey will be considered alongside scans of the night sky recorded at other wavelengths. “Large sky areas have already been covered at many other wavelengths, and now we have the X-ray data to match,” Salvato said in the MPE announcement. She added that “We need these other surveys to identify the X-ray sources and understand their nature.”

Perhaps the most fascinating detail about the new survey is that the majority of the novel X-ray emitters it has discovered are, as mentioned, active galactic nuclei (AGNs). In fact, Science News says that 77 percent of the X-ray emitters captured outside of our galaxy by the survey are AGNs like the one in the Hubble image below. Which means even at this wavelength, feasting supermassive—and even ultramassive—black holes manage to light up the night sky. 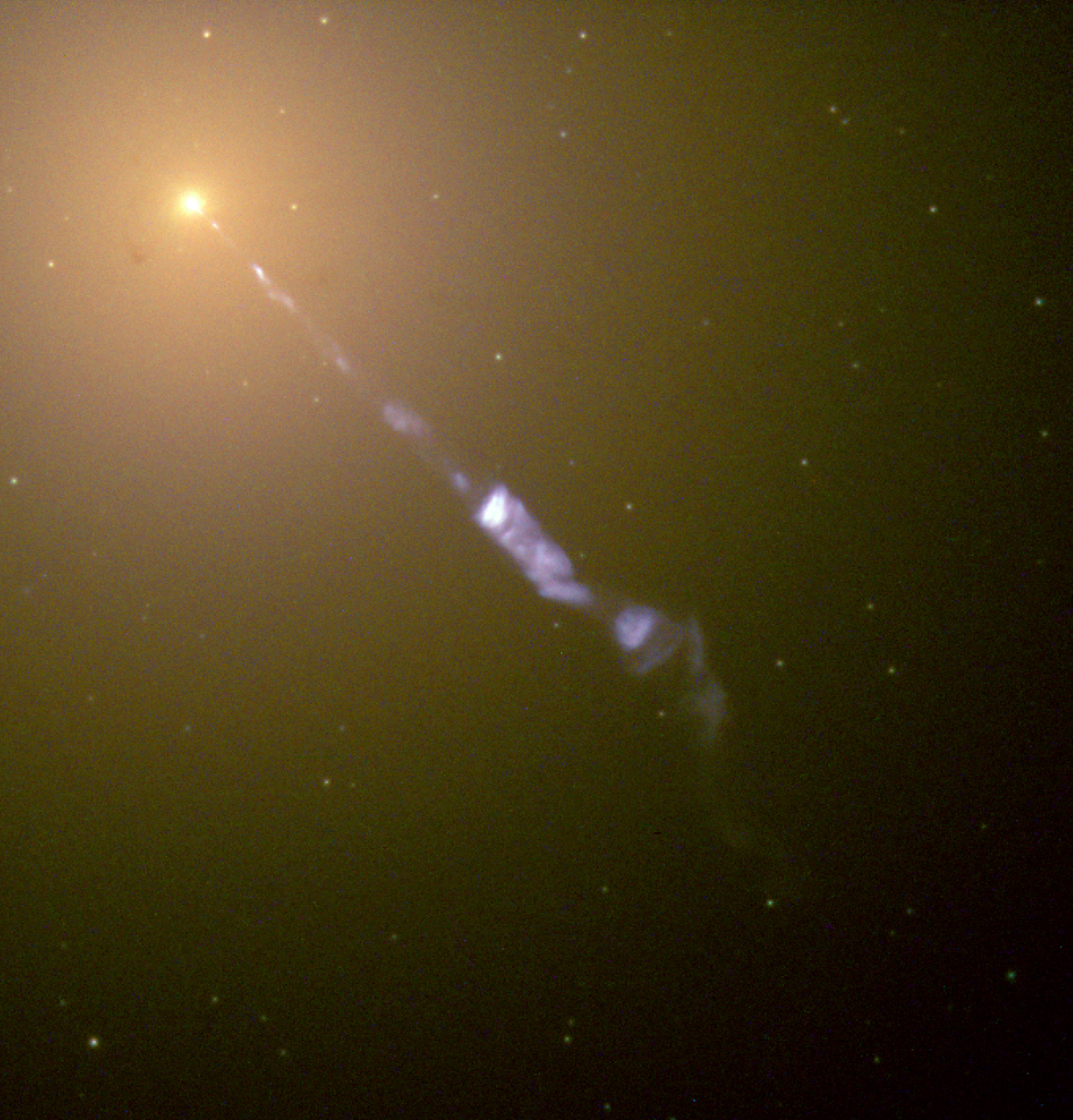 What do you think about this deepest-ever X-ray survey of the universe? Are you literally looking at our cosmos in a whole new way now? Let us know your thoughts in the comments!