What’s the only thing better than watching a couple of Pokémon throw down at the gym? Watching a couple of GIGANTAMAXED Pokémon throw down at the gym. That word doesn’t really need to be capitalized or italicized, but watch the teaser clip below of Pokémon being Gigantamaxed in the upcoming Pokémon Sword and Shield Nintendo Switch game and you’ll see why it seemed necessary.

If you haven’t heard of Pokémon Sword and Shield, first of all, is the rent reasonable underneath your rock (asking for Millennials)? Second of all, it’s one of the most highly anticipated games coming to the Nintendo Switch, and stands as the first main series game in the eighth generation of the Pokémon franchise. The game will also mark the first time introduction of new features, including Dynamaxing and Gigantamaxing.

There are a few different ways you can obtain Gigantamax Pokémon, Trainers. This special Meowth that can Gigantamax will be gifted as an early purchase special bonus for #PokemonSwordShield players. https://t.co/KStUB9HRZD pic.twitter.com/pUoPqNcCn1

Speaking of which, the Bulbapedia mentions that Pokémon who can Gigantamax are usually caught in Max Raid Battles, or are distributed via events. Players can also obtain Pikachu and Eevee, who are both capable of Gigantamaxing, if they has saved data from Pokémon: Let’s Go Pikachu! or Let’s Go, Eevee! (Saved data from the respective games net you the respective Pokémon.)

As far as the actual Gigantamax moves are concerned, these seem absolutely devastating. And also kind of hilarious. Pikachu’s Gigantamax move, for example, is “G-Max Volt Crash”; Eevee’s is “G-Max Cuddle”; and Meowth’s is “G-Max Gold Rush.” Gigantamaxable Meowth is also apparently an “Exclusive Early Purchase Bonus,” which is something to keep in mind if you want access to a gargantuan cat-hot-dog creature. 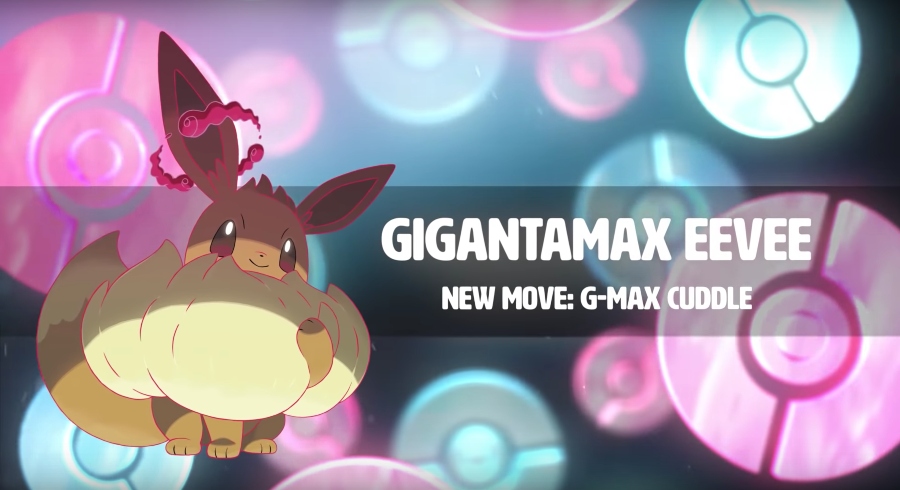 Pokémon Sword and Shield is set to be released on November 15 of this year and will take place in the Great Britain-inspired Galar region, which is a large, narrow expanse of land in the Pokémon world.

What do you think of this teaser clip of Pokémon getting all GIGANTAMAXED? Is this pumping you up for the Nintendo Switch game? Or do you think the game’s creators should’ve stopped at Dynamaxing? Let us know your opinions in the comments!