A Brand New Type of Supernova Was Just Discovered - Nerdist

A Brand New Type of Supernova Was Just Discovered

It seems like black holes or exoplanets are constantly in the news these days, as telescopes pick up more and more celestial objects in more and more detail. But supernovas haven’t been getting too much press lately, even though they’re just as spectacular as anything else going on in the universe. That may change now, however, because astronomers believe they’ve finally verified the existence of a whole new type of supernova that utterly annihilates its parent star without leaving behind a black hole, or even neutron star, in its wake.

CNN picked up on the news of the observation of the as-yet-unseen type of supernova, which was made by researchers at the European Space Agency (ESA) utilizing the Gaia space observatory satellite. In a paper published in The Astrophysical Journal, the researchers present evidence for what they believe is the observation of what is known as a “pair-instability supernova,” which only occurs in stars roughly 130 to 250 times as massive as the Sun. 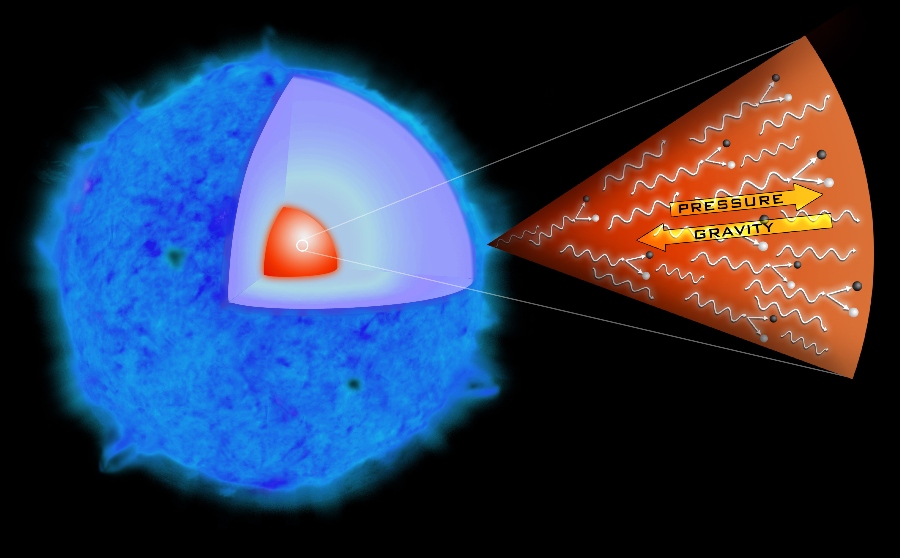 A pair-instability supernova takes place when a drop in pressure leads to stellar collapse, which in turn leads to a runaway thermonuclear explosion that blows the star apart. Image: Wikimedia / NASA

The original observation of the distinctive supernova, dubbed SN 2016iet, took place in 2016, and has since been scrutinized with a wide array of telescopes located in the U.S. and Chile. One author of the published paper, Dr. Edo Berger, a Professor of Astronomy at Harvard University, told the Harvard University Press that “The idea of pair-instability supernovas has been around for decades… [b]ut finally having the first observational example that puts a dying star in the right regime of mass, with the right behavior, and in a metal-poor dwarf galaxy is an incredible step forward.” Berger added that “[this supernova] represents the way in which the most massive stars in the universe, including the first stars, die.”

Research into SN 2016iet suggests that it began its stellar lifespan with a mass about 200 times that of the Sun, which would make it, according to a Gemini Observatory press release, “one of the most massive and powerful single star explosions ever observed.” This supernova is also unique in that it took place away from the type of environment where supernovas usually occur; most observed supernovas happen in dense star clusters, but this one happened in a relatively isolated spot in space, some 54,000 light years from the center of its host dwarf galaxy.

A look at SN2016iet in September 2014 and then again in July 2018. Note the extensive distance (54,000 light years) between SN2016iet and its host dwarf galaxy. Image: Center for Astrophysics

To recap why this is a big deal: Astronomers now believe they’ve witnessed the way an extraordinarily massive, low-metallicity  star “dies,” which is probably a demonstration of the way most stars died at the beginning of the universe. (“Low metallicity” just means that there was a relatively slim amount of elements heavier than hydrogen and helium in the galaxy from which the star was “born.”) And while these massive stars most certainly went out with a bang, they didn’t leave behind black holes or super-dense neutron stars like supernovas produced by smaller stars normally do.

Over the coming years, due to the magnitude of SN 2016iet, as well as its place in a desolate part of space, it’ll be relatively easy to observe. Which astronomers are more than happy to do, ’cause how many black holes or exoplanets can you write home about, right?

What do you think of this stellar discovery? Were you aware of this different type of supernova before hearing about SN 2016iet? Let us know in the comments!