Batman’s iconic Batmobile has come in numerous flavors over the past few generations of films. However, almost all of them have had design elements in common; a swooping profile, winged rear, and menacing grill. All of those design elements are also present in this new Vision Gran Turismo Lamborghini concept vehicle as well though, and here’s the thing: It looks cooler than any Batmobile that’s ever been on screen. (Insert maniacal Joker laugh here.)

The visual treat you’re currently lapping up with your eyeballs was unveiled by the Italian luxury sports car maker recently, ahead of the World Finals of the 2019 FIA Certified Gran Turismo Championships in Monte Carlo, Monaco. And even though this sinewed and well-ventilated hypercar from Hell-o operator please give me number fine is obviously out of reach for just about all of us in terms of probable cost, for Bruce Wayne, it’s doubtlessly just a drop in the well from whence he was reborn.

In terms of stats for the Vision GT, there isn’t anything real to discuss; not only because it’s a concept, but also because it doesn’t stand as a concept for a single model that Lamborghini plans on producing in the future. Instead, as CNET notes, the Vision GT is “an exercise to see where the firm could take its design language in the future.” I.e. this concept looks really cool, and hopefully some of its aesthetics will be used in future Lambos.

It’s not all theoretical with the Vision GT though, as Lamborghini says that, in its virtual form—we’ll explain what that means in a second–the Vision GT utilizes the same powertrain as the Sián FKP 37, which is the company’s first-ever hybrid. Speaking of which, the Sián FKP 37 utilizes a 12-cylinder engine and an electric motor to produce more than 800 horsepower. That whopping level of power rockets the Sián FKP 37 from 0-60 in 2.8 seconds, which, for those keeping score, is only a tenth of a second faster than the recently announced (top of the range) Tesla Cybertruck. By the by, the price differential between the two is… engine rev please… $3,523,100. We’ll let you guess which car costs $3.6 million and which costs $76,900.

As for the whole “virtual form” thing mentioned earlier, that’s a reference to the fact that the Vision GT will be available to drive  as an optional vehicle in the Playstation 4 racing game, Gran Turismo Sport, beginning in spring of 2020. Which means we normies will actually get to drive it! Kind of. Virtually. Yay….

The show is on: Vision Gran Turismo is here! We unveiled it at the ongoing World Finals of the 2019 FIA Certified Gran Turismo Championships with @thegranturismo.
Discover more: https://t.co/ce2w5Xlx8P #Lamborghini #VisionGranTurismo #FIAGTC #GTSport #LamborghiniESports pic.twitter.com/D5VpxfXDPW

But forget all of that, let’s get back to what’s most important here: Would the Vision GT be the best-looking Batmobile ever? That’s subjective, of course, but go ahead and compare it to the various Batmobiles from the films in the image gallery below. We think you’ll agree that Robert Pattison’s Batman has just found his new ride. 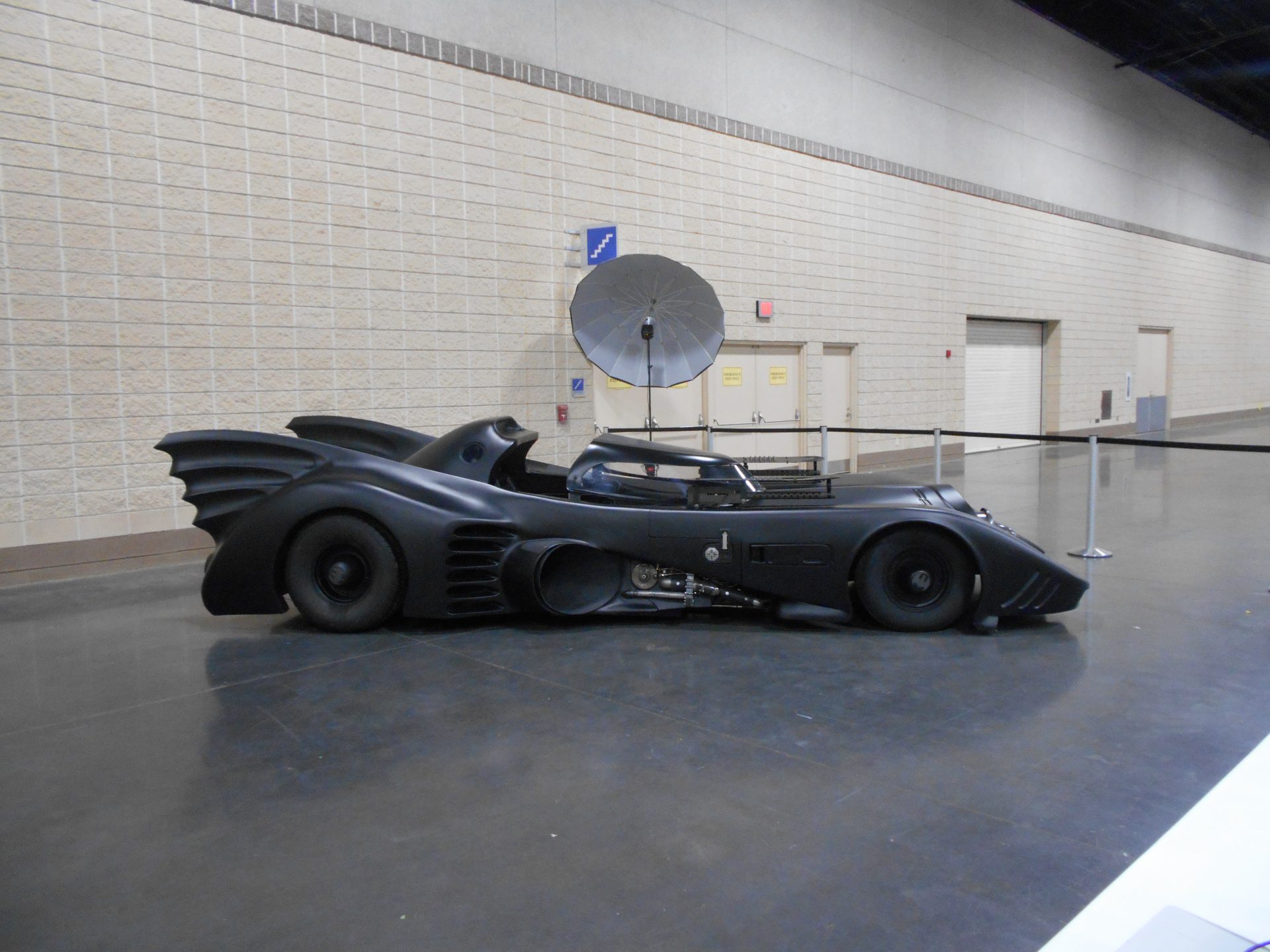 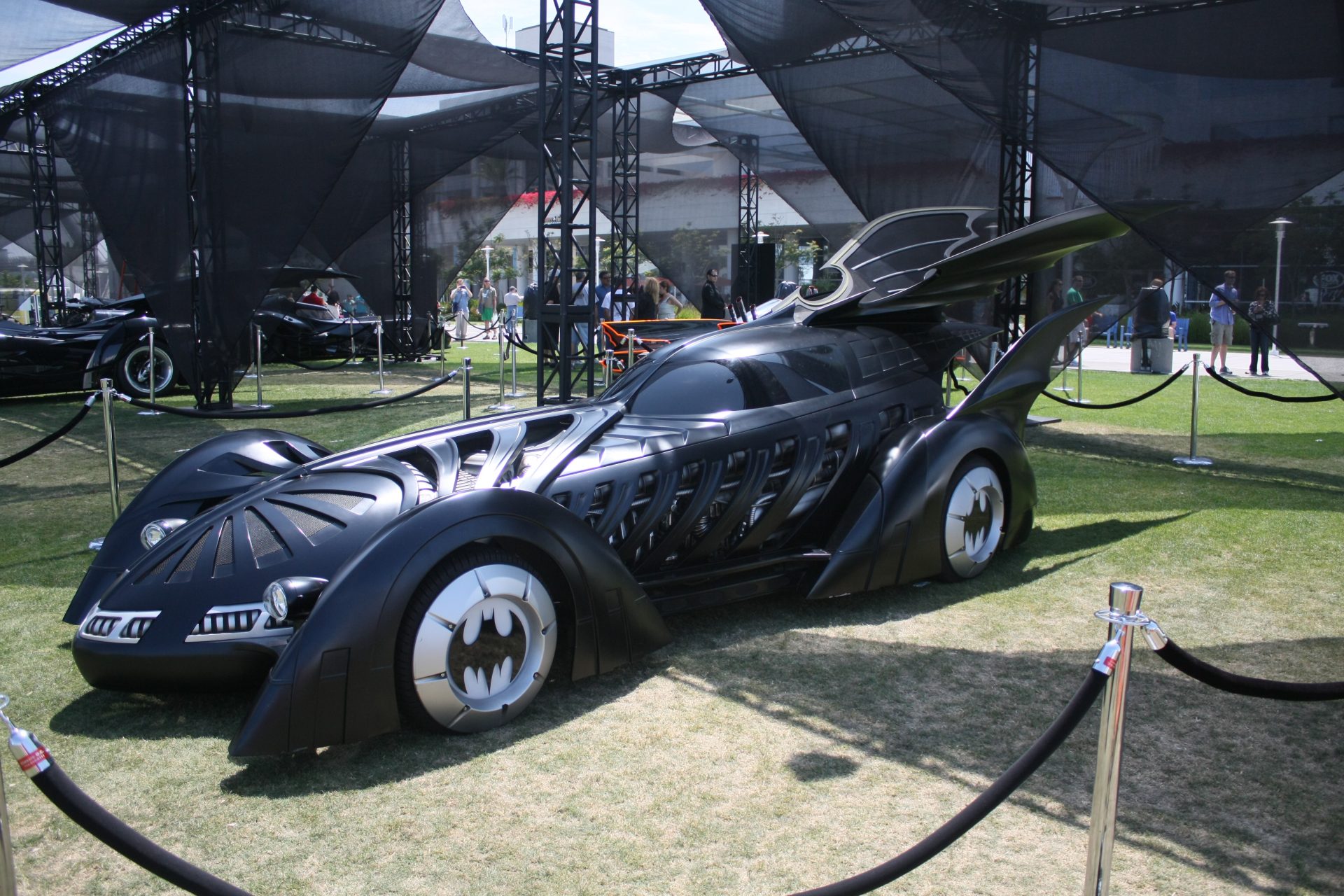 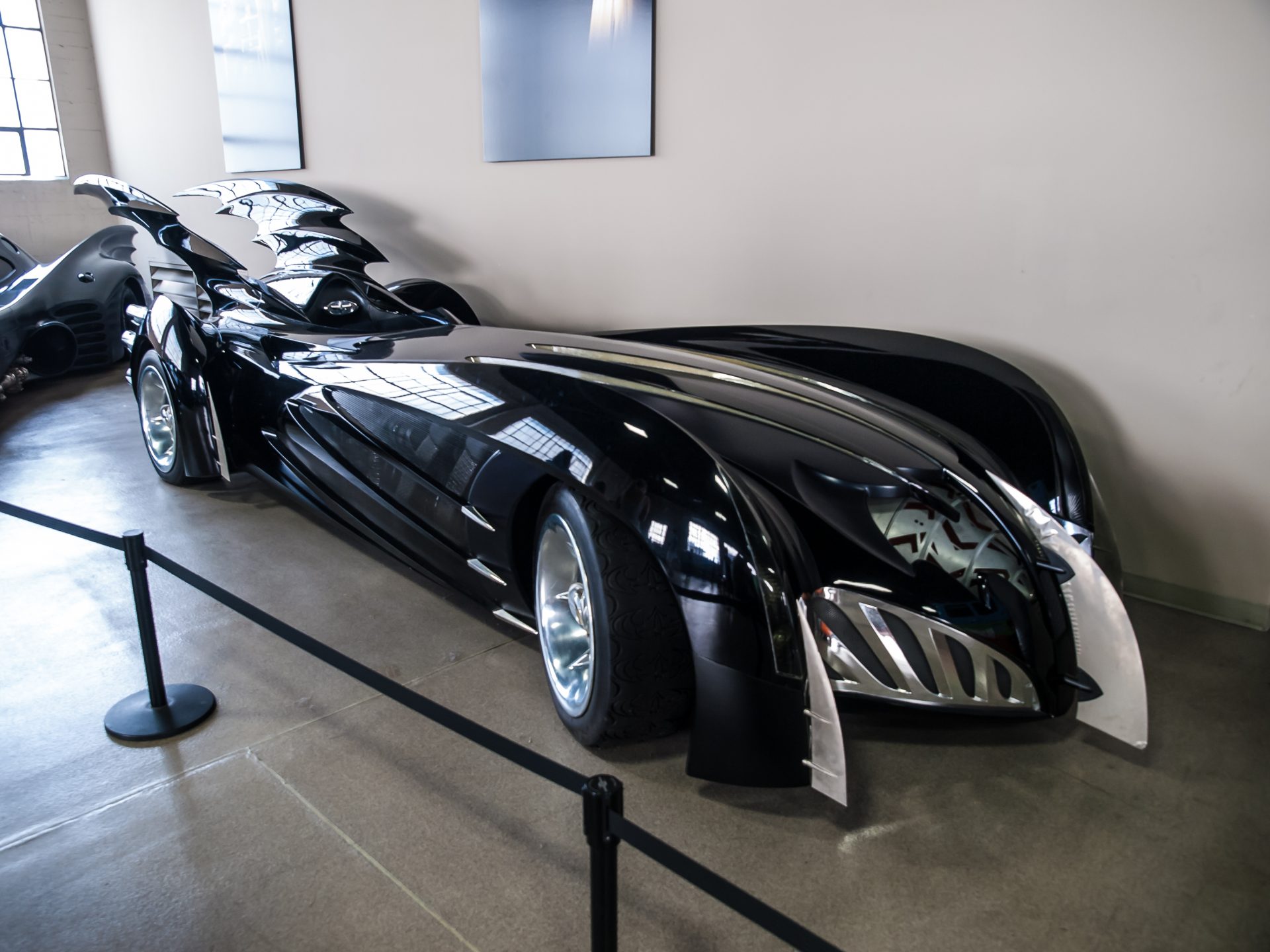 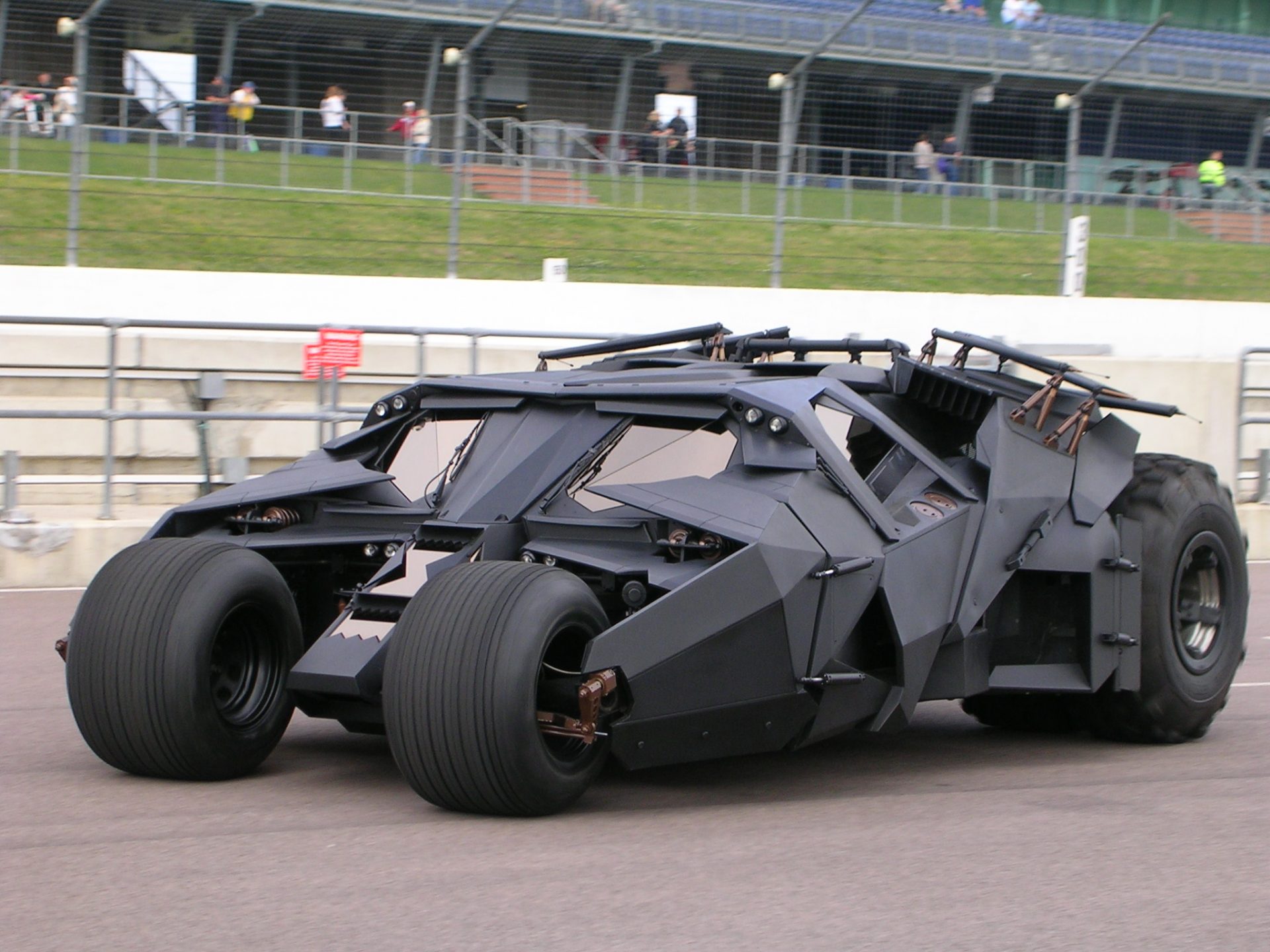 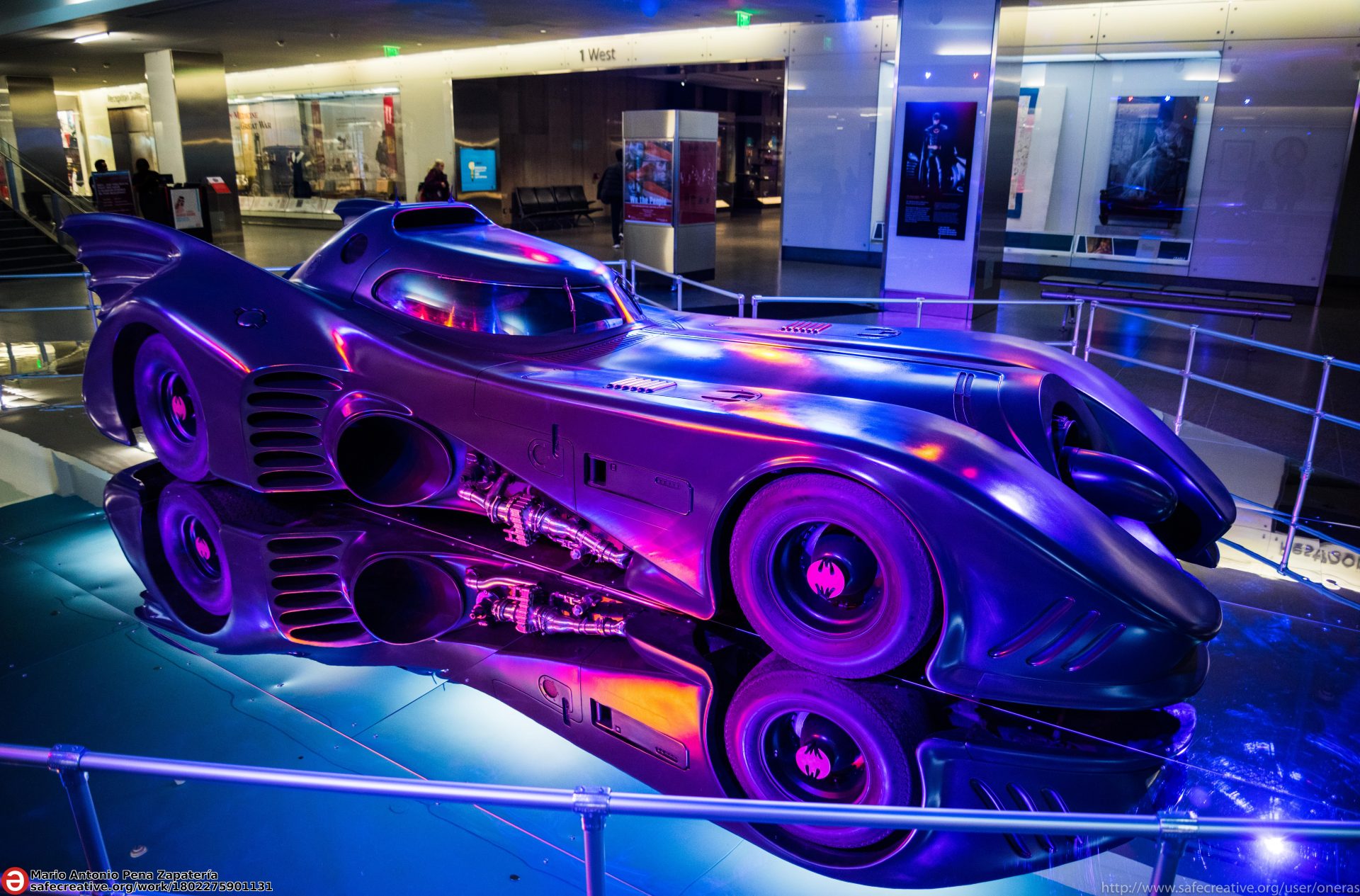 What do you think about this Lamborghini Vision GT? Do you wish you had them Bruce Wayne bucks so you could buy it (or something close to it, at least), or would you rather go with the Cybertruck, which is almost as fast, fully electric, and way, way cheaper? Let us know your thoughts in the comments!