by Michael Walsh
Game of Thrones might be coming to an end, but soon you’ll be able to bring Westeros home with a new collection of books celebrating HBO’s World of Ice and Fire. And we have an exclusive inside look at one of them. 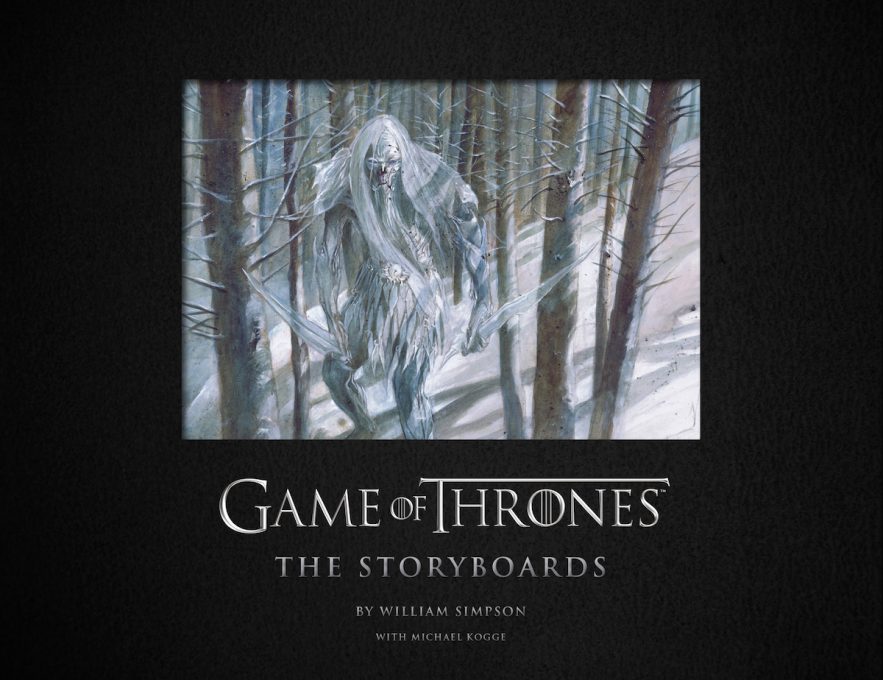 Insight Editions and HBO Licensing and Retail are teaming up for a Game of Thrones publishing program. They will release four books, each paying tribute to a different element of the show. The collection will include a look at storyboards that were used to help prepare episodes, art from the show, photography from the Realm, and the costumes seen on the series.

The first book, which will hit stores this spring, is Game of Thrones: The Storyboards ($60), by the lead storyboard artist for the show, William Simpson. The “deluxe art collection” will showcase Simpsons’ “work that is an integral part of realizing the vision driving each episode of the award-winning series.” Taken from the artist’s own archives, it will offer “a unique behind-the-scenes look into pivotal moments and early conceptual art” from the series.

Insight Editions has already released some images from the book (which you can see below), but we have an exclusive look at some more pages from storyboards, as well as the inside covers, which includes some regal looking wolves.

In these pages you can see when the Starks found the orphaned direwolf cubs, as well as storyboards from the show’s second episode “The Kingsroad,” which includes early work on The Hound, Joffrey, and Tyrion.

Here’s a better look at the two individual pages. 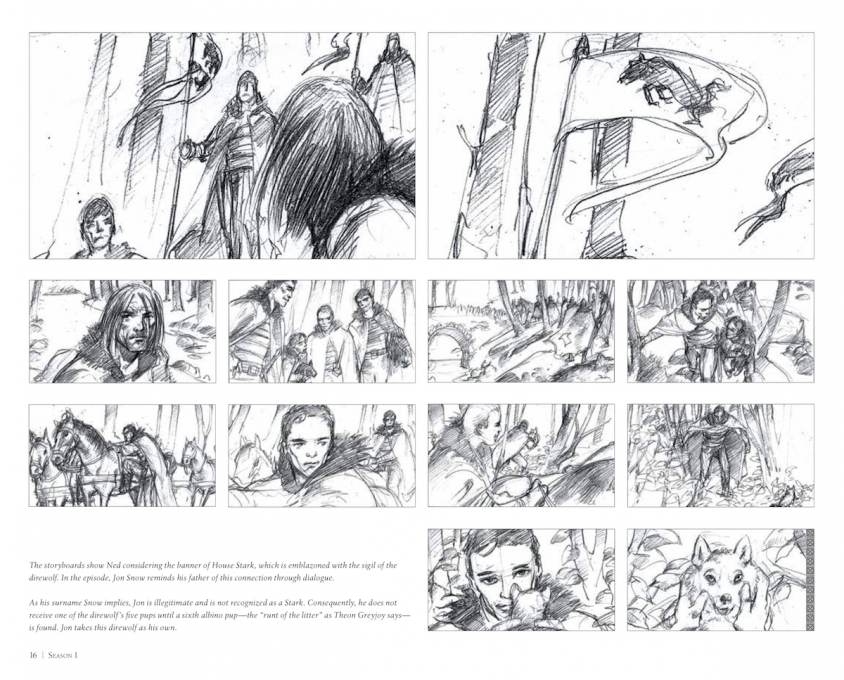 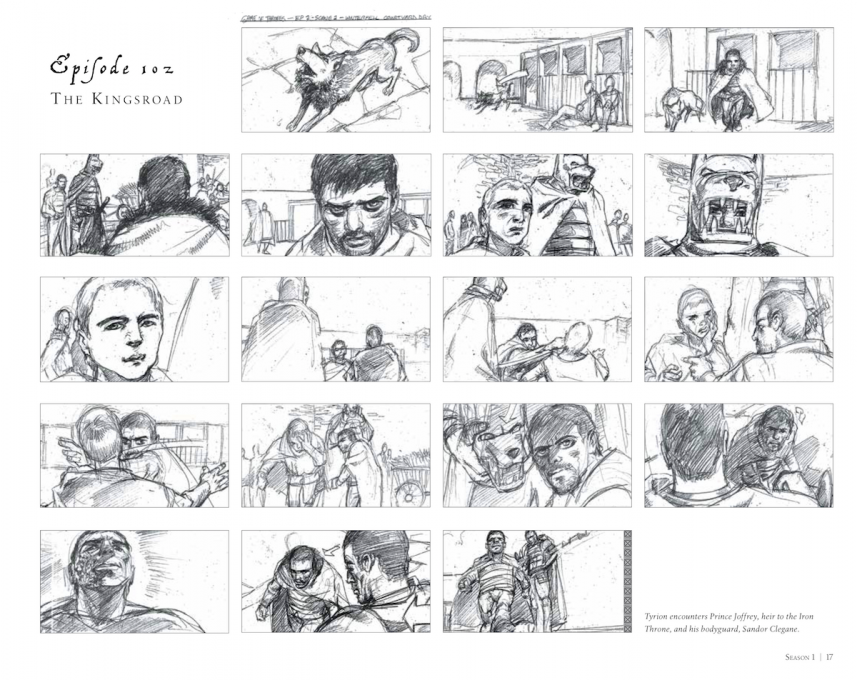 You can see more storyboards below.

As for the other three books in the collection, they are all slated to hit shelves this fall. They will include The Art of Game of Thrones ($75), which will feature illustrations and artwork “in a deluxe large format.”

The third book, The Photography of Game of Thrones ($75), will include images from the show’s principal unit photographer, Helen Sloan. It will feature the best photos taken by Sloan and the rest of the unit photography team.

The final book, Game of Thrones: The Costumes ($75), will celebrate the work of the show’s costume designer Michele Clapton. Featuring beautifully detailed images, it will give fans a behind-the-scenes look at some of the show’s best, most memorable ensembles.

And the nice thing about these books? They can never have a final season, so you never have to worry about saying goodbye to the Realm again. 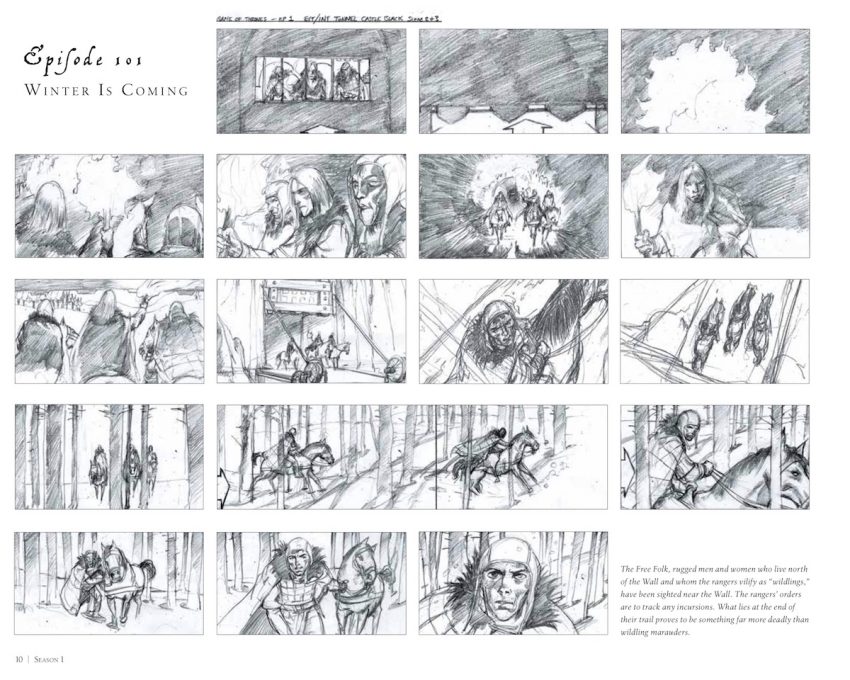 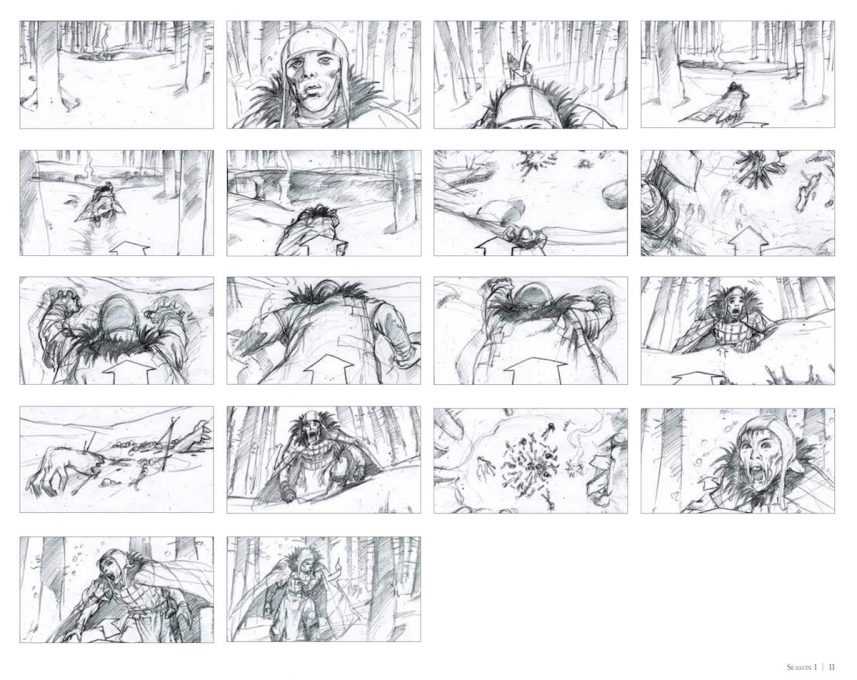 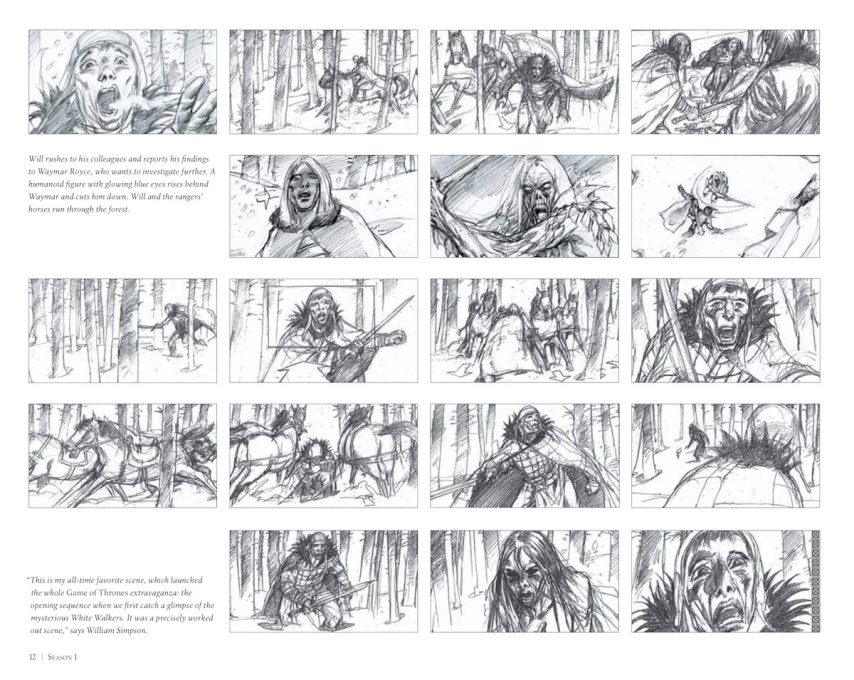 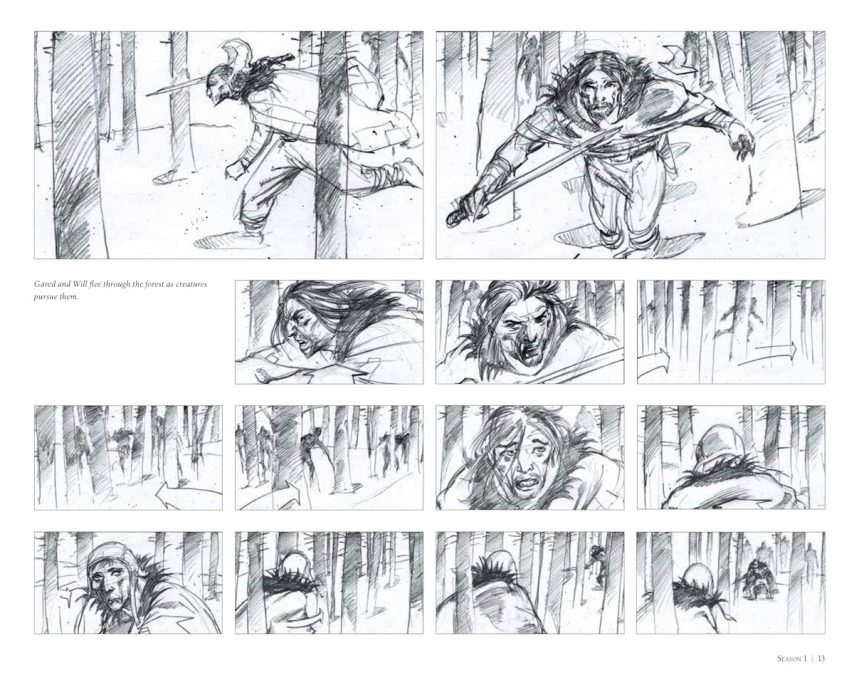