Whether you’re a player looking for inspiration or a Dungeon Master looking for a quick NPC, the characters we discuss here (and the ones suggested in the comments) will offer a variety of sources for your next great character. Our only rule is that we won’t be using any obvious fantasy inspirations since those are usually covered in the D&D books already. This week, we’re starting with everyone’s favorite hunters, the rangers!

Buffy already has a lot of elements that meshed with the ranger class even before a monster hunter subclass appeared in Xanathar’s Guide To Everything. She has a favored enemy (vampires) and a little bit of magic to back up her excellent fighting skills. She also has plenty of quips for the bad guys, even though that masks the sense of responsibility she has to her lineage. Perhaps this ranger is a fantasy version of the Slayer born into this generation, or maybe they are burdened with protecting a location because their ancestor made a promise that they must now honor hundreds of years later. 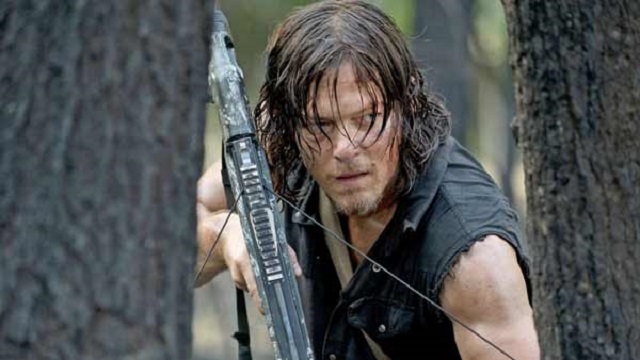 The Walking Dead’s most popular survivor shares a lot in common with the typical ranger. He’s generally quiet, a deadly shot with a crossbow and has a rugged look that matches his mastery of outdoor survival. What makes him an interesting character to use for inspiration is his family dynamic. His brother, Merle, ends up as the main lieutenant of one of the show’s main bad guys, the Governor. Even someone who spends much of their time alone in the woods can’t escape the drama that comes with family ties. A ranger could choose a Noble or Exile background to reflect that, perhaps at one time, they were part of a family that either pushed them away or they chose to leave because of their dark intrigues.

Someone who loves to explore all of time and space, has adventures with companions and uses a magic item to solve problems? Turning a favorite version of the Doctor was already a possibility without the Horizon Walker subclass option which fits this idea to a T. This ranger expands the idea of wildernesses to mean other dimensions as wild spaces, not just forests. And, with the multiplanar goodness of Mordenkainen’s Tome of Foes coming out in May, stepping through a portal to another world sounds easier than ever.