Game-Changing AI Keeps You From Looking Distracted on Zoom

Thanks to 2020, much of humanity now knows what it’s like to be on dreadfully boring video conference calls. But anyone who’s caught themselves becoming repeatedly distracted—by say, cats—may soon be in luck with the help of new tech from graphics processing chip manufacturer, NVIDIA. The tech, NVIDIA Maxine, is an AI platform for video conference providers, and it can make it look like you’re paying attention.

Nvidia has unveiled AI face-alignment that means you're always looking at the camera during video calls. Its new Maxine platform uses GANs to reconstruct the unseen parts of your head — just like a deepfake. https://t.co/OQ6kjEaTZX pic.twitter.com/2QrHGrMmGA

The ability to make video conference attendees look like they care is just one amongst many for Maxine. NVIDIA says the cloud-based AI platform gives video-conference providers the ability to offer a bevy of new features. Providers using NVIDIA’s platform, for example, can offer users “gaze correction, super-resolution, noise cancellation, face relighting” and more.

In the video immediately below, NVIDIA shows off the new features service providers could deploy. And while each feature is pretty nifty in its own right—especially autoframing, which makes it look like your camera is following you—it’s that gaze correction/face alignment AI that stands out. At least for people looking for a stand-in.

NVIDIA said in a blog post, which comes via The Verge, that face alignment helps faces “to be automatically adjusted so that people appear to be facing each other during a call,” while gaze correction helps to simulate eye contact. And even though NVIDIA doesn’t say these features are intended to make people seem engaged even when they’re not, there’s no doubt people will use them for that purpose. 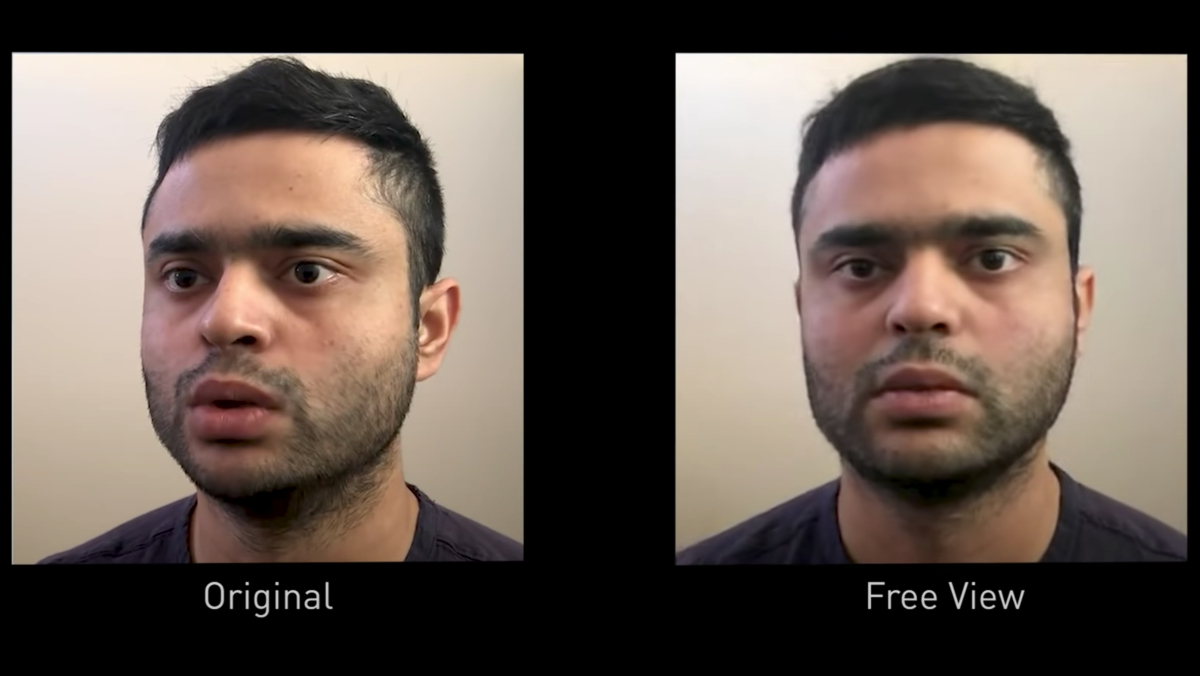 The face alignment and gaze correction features utilize machine learning (more specifically, generative adversarial networks or GANs) to function. NIVIDIA has been working on machine learning for facial recognition and reconstruction for some time. Previously, the company showed off its ability to generate perfect head shots of fake celebrities. Which raises the question: “When will I be able to look I’m paying attention and I’m Tom Cruise?”