As scientists continue to investigate the brain in finer and finer detail, our perception of the mysterious organ continues to evolve. We’ve now seen, for example, how the amalgam of nerve cells kills off one of its own when it’s time for its demise. Now, a neuroscientist at NYU is offering another unique insight into the brain. This time, with music made from the “sounds” of neurons firing.

The Verge reported on the neuronal tunes, which neuroscientist and artist, Simón(e) Sun, created. Sun, who works in NYU’s Tsien Lab, told The Verge that she’s made her music for multiple reasons; including the urge to understand neuropsychiatric conditions. As well as figure out a way to engineer sounds that can have therapeutic effects on people’s mental states.

To turn the electro-chemical activity of neurons firing into music, Sun took a bunch from mice brains, “disassociated” them, then regrew them on a glass slide. As the neurons reconnected with each other naturally, they sent signals to each other; ones that would cause spikes in electrical activity and the release of neurotransmitters (a.k.a. brain chemicals).

Sun, in turn, recorded these spikes in activity—or synaptic responses—as voltage signals, then input those signals into a music software program. Assigning each signal to a musical note, Sun was then able to play with them and create tracks.

As for Sun’s music itself, it’s a familiar yet strange blend of classical and electronica. The songs, two of which are above, almost feel like a floaty jaunt through space that begins calmly but soon grows chaotic. Put another way, the music’s a blend of Philip Glass, the Interstellar score, and muzak from a European coffee house. 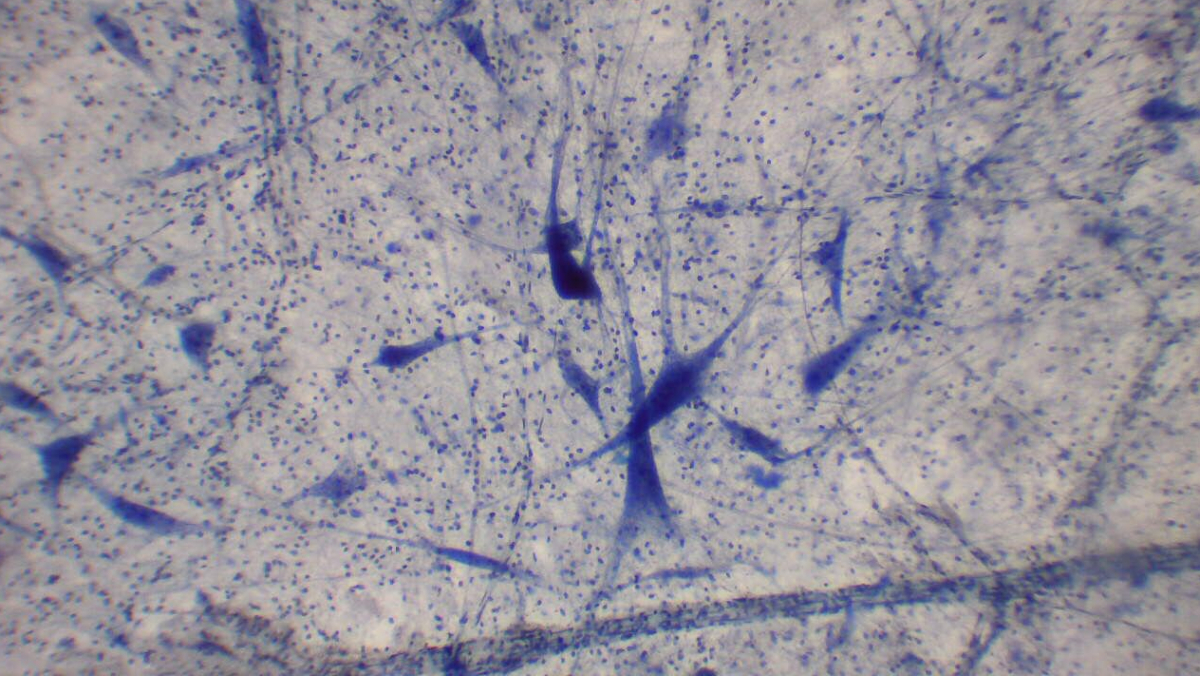 Hopefully this music will “give the data [around neuron activity] a voice and allow it to speak to us,” Sun told The Verge. The multi-talented researcher also noted she wants to better understand homeostatic plasticity; a phenomenon wherein activity amongst neurons is stabilized by “quieting” the electrical signals from the nerve cells. Indeed, it seems the quiet brain will be able to teach us just as much as a very loud one.