Researchers at the Yale School of Medicine have, for the first time ever, imaged a neuron dying and subsequently undergoing “corpse removal.” In the video below, a brain cell is shown experiencing apoptosis, or programmed cell death. The researchers involved with the imaging say that understanding how neurons die will be important for a complete picture of how aging negatively affects the brain.

The video of the neuron dying, which comes via New Atlas, was released alongside a paper recently published in the journal, Science Advances. In the paper, the authors, including assistant professor of neurosurgery at Yale School of Medicine, Eyiyemisi Damisah, et al., say they were able to image a dying cell in a mouse brain using a combination of injected photochemicals and in vivo optical imaging.

According to the report, the researchers were able to induce the cell’s death thanks to the use of a femtosecond-pulsed laser. The laser—which pulses at one quadrillionth of a second—worked by rendering a targeted neuron’s DNA binding sites inoperable. This method of triggering a single neuron’s death, which the researchers have dubbed “2Phatal,” allowed for the initiation of apoptosis without causing the death of surrounding cells.

In a paper published today in @ScienceAdvances, Dr. Eyiyemisi Damisah and her colleagues described a technique to watch a brain cell dying for the first time! https://t.co/BsdsnkUZn2

The cells the researchers were not aiming to kill were the glial cells surrounding the targeted neurons. Glial cells are supporting non-neuronal cells (meaning they don’t produce electrical impulses) located throughout the central nervous system. The reason the researchers wanted to avoid damaging them is because they are responsible for cleaning up cellular debris after apoptosis takes place.

“If you were to stop collecting garbage in New York City, you wouldn’t be able to get in. There would be debris everywhere,” Dr. Eyiyemisi Damisah said in an associated Yale press release, likening the glial cells to garbage collectors of the brain. The press release notes that the authors specifically observed three types of glial cells, including microglia, astrocytes, and NG2 cells, working together “in a highly coordinated manner to remove dead cells and debris.” 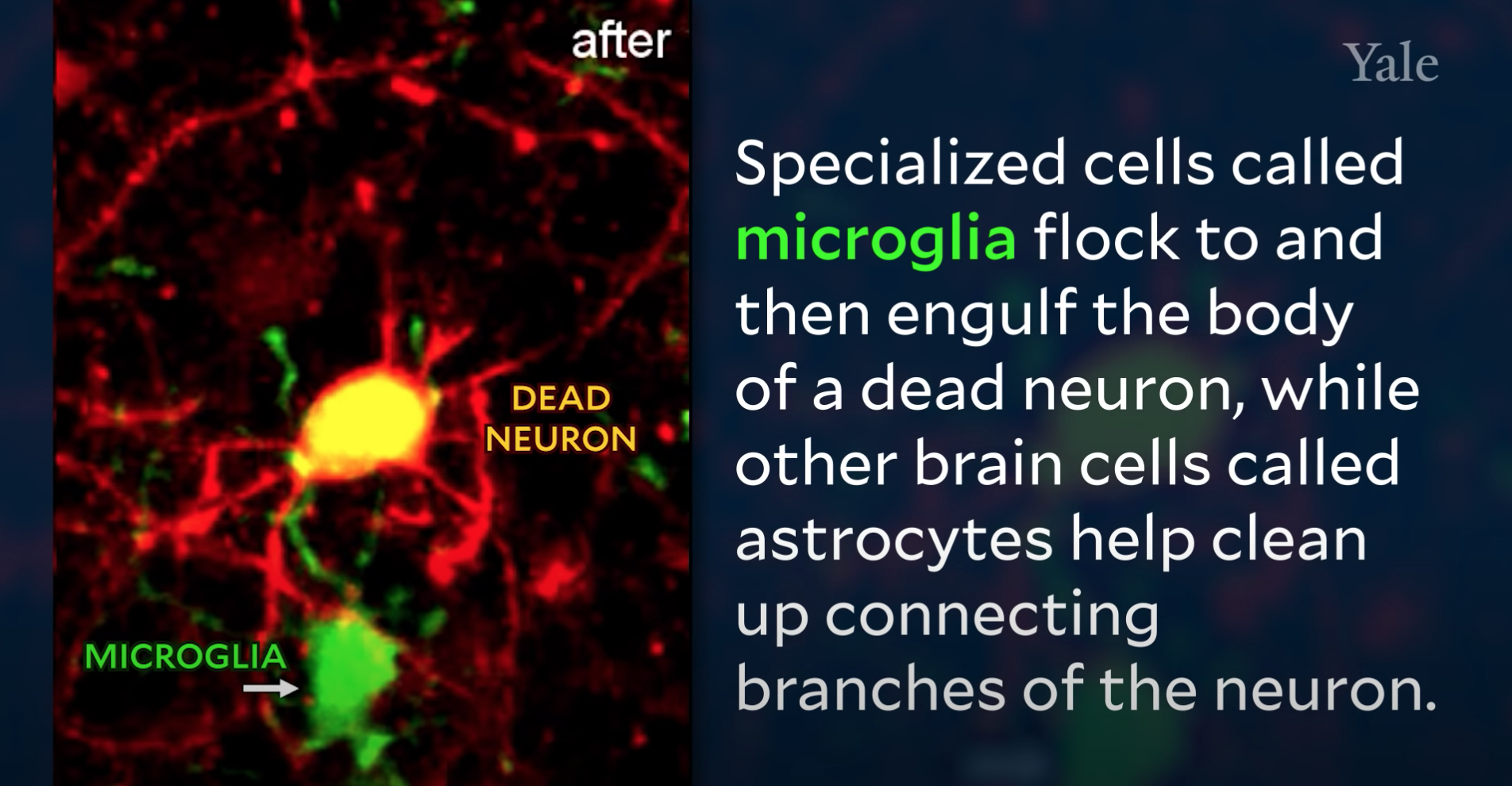 One of the most significant findings of the study was that glial cells took at least twice the amount of time in “aged brains” as in younger ones to clear away neuronal corpses. This is shown in the image below, which compares the amount of time it took for glial cells to clear out dead neurons in mice that were two to four months old versus those who were 26 to 28 months old.

This slower collection of neuronal corpses could help to explain the detrimental impacts of aging on the brain, Professor of Neurology and Neuroscience at Yale School of Medicine, Dr. Grutzendler, said in the press release. He added that “Presumably, if cells are dying and there is inefficient removal of them, the debris could be causing further damage and inflammation.”

Looking forward, Dr. Damisah and the other researchers involved with the study will continue to focus on the cellular processes involved with injury to the brain, and neurodgeneration. “Cell death is very common in diseases of the brain,” Dr. Damisah said in the Yale release. She added that understanding these cellular processes “might yield insights on how to address cell death in an injured brain from head trauma to stroke and other conditions.” 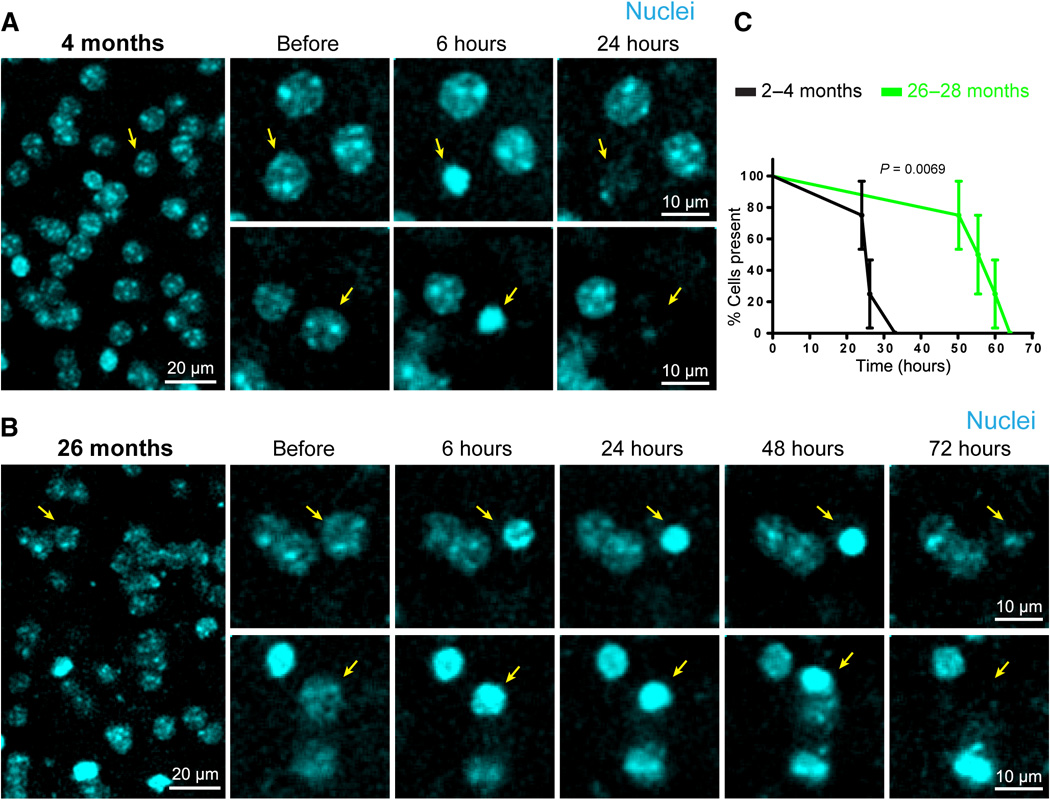 What do you think about this first-ever imagining of a neuron dying? Do you feel more enlightened now, or are you just freaked out now knowing this is going on in your brain all the time? Let’s grow our brains by talking about neuron death in the comments!