With Disney+ and HBO MAX ready to enter market, the competition among streaming sites to prove they’re an essential part of anyone’s pop culture life is only getting harder. At Netflix, they’re going to try and do that by appealing to a crowd that doesn’t even get an allowance. The company announced a slew of new series aimed at kids between two and six, including a new animated show based on How to Train Your Dragon.

Netflix Kids, which allows parents to set age restrictions, control content, and require a PIN to log in, released a statement (which we first saw at Variety) declaring that they are developing seven original preschool series “from some of the industry’s most respected and prolific creators” from around the world. “Designed for diverse audiences, and inclusive of a wide range of genres and formats,” they will include shows “from educational to nonverbal comedies, and with many options in between.” 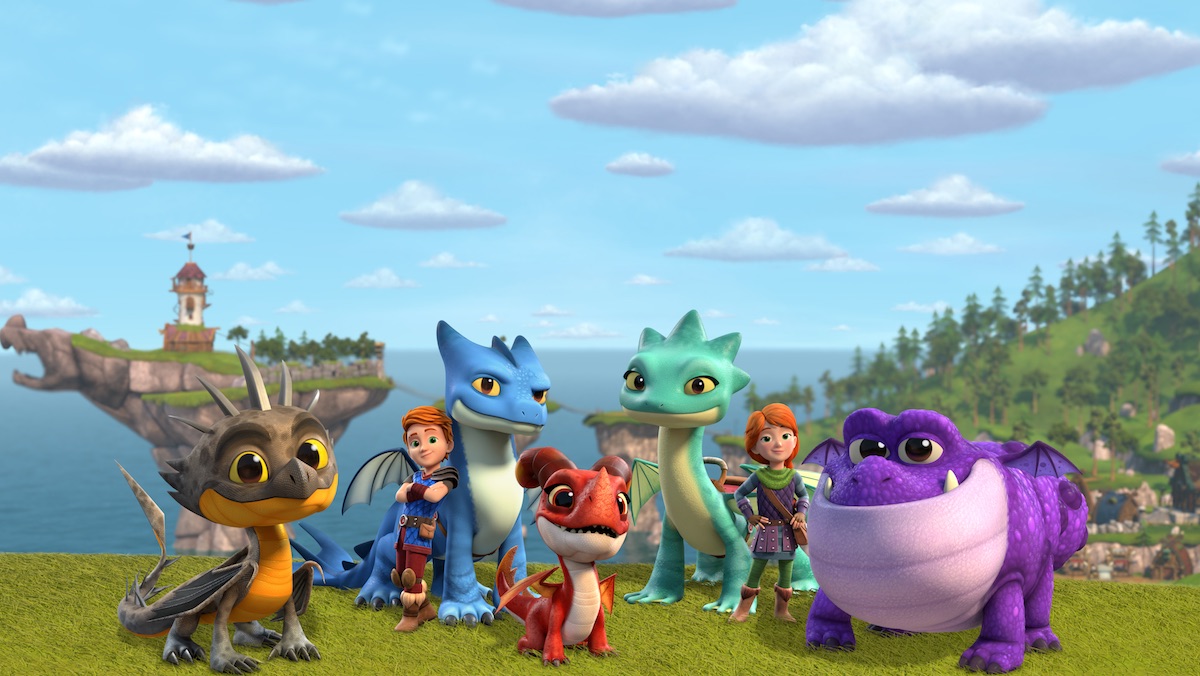 From executive producers Jack Thomas (Dragons: Race to the Edge, The Fairly OddParents) and Brian K. Roberts (VeggieTales in the House) the CG animated series is set in the world of How to Train Your Dragon franchise. The comedy adventure will follow twin brother and sister Dak and Leyla, who were raised by dragons, allowing them to communicate with them. They’ll lead a team “of five young dragons that spend their days rescuing other dragons, and helping the people in their adopted town of Huttsgalor.”

Based on the picture book by author N.D. Wilson, the CG animated adventure series follows Wesley and his best friend Georgie. “When Wesley puts his hands together, bows to his reflection and says the words, “Hello, Ninja” his surroundings instantly transform into an enchanting Ninja world.”

Head writer Noelle Wright’s (Doc McStuffins, Super Monsters) CG animated series StarBeam follows a secret young superhero named Zoey, who is excited to enter second grade. “But when danger beckons, she sneaks away and – with her signature call out ‘It’s time to shine!’ – transforms into StarBeam, the speediest, most powerful and most enthusiastic superhero to ever sip from a juicebox.”

Based on the classic children’s book by P. D. Eastman, this CG animated series  will follow “young pup Tag Barker and her adventures in Pawston, a colorful community of dogs on the go.

“A team of adventurous and lovable young creatures play, grow, laugh, learn, and sing together” in a CG animated series from story editor Doug Wood (Molly of Denali, Bob the Builder) that aims to teach “young viewers ‘what to do’ in everyday social experiences and firsts.”

This non-fiction series from the executive producers of Dodo Heroes features 11-year old Izzy Bee, “known affectionately as the Koala Whisperer.” She lives on Magnetic Island in Australia, “where she rescues and rehabilitates koalas with her veterinarian” mom and dad.

Remember though, that even if you aren’t between the ages of 2 and 6, you can still watch these. Heck, it doesn’t matter which age group they are aimed at, you’re the one paying for them.

TAGGED: dragons rescue riders, How To Train Your Dragon, Netflix