What does it mean to have tremendous abilities? And what happens when you’re only now beginning to understand them—and their consequences? That’s the idea behind André Øvredal’s upcoming film Mortal, starring Nat Wolff. The Scary Things to Tell in the Dark director teams up with the Death Note actor for a film about a young man discovering he has god-like powers based on ancient Norwegian mythology. Nerdist has an exclusive clip from Mortal. It shows Eric ( Wolff) as he’s just beginning to understand his powers, although he can’t yet control them. This results in a pretty brutal encounter with a Norwegian local. Check it out below.

Pretty gnarly, no? So far, Mortal looks a little bit like a darker sort of Thor movie—and naturally, that has us majorly intrigued! If you like what you see in the clip, you should also check out the trailer for Mortal, which gives a little more context to everything going on. Eric looks to be on the verge of a major arc. But will he use his powers for good, or will he go evil?

Here’s the full synopsis for Mortal:

In this spellbinding thriller, a sleepy Norwegian town erupts after an American backpacker, Eric, is arrested. Witnesses claim a teen died after touching the stranger, and that he inexplicably started a fire that engulfed a farm. He warns a psychologist, Christine, that he has supernatural powers, and that anyone who gets too close to him dies. Is Eric a liar, a freak of nature, an angry god? Determined to find the truth, Christine draws nearer, and what she finds is beyond her wildest imaginings…

Mortal also has an exciting poster that shows off one of the more intense scenes from the trailer, featuring a bridge and a lot of lightning. 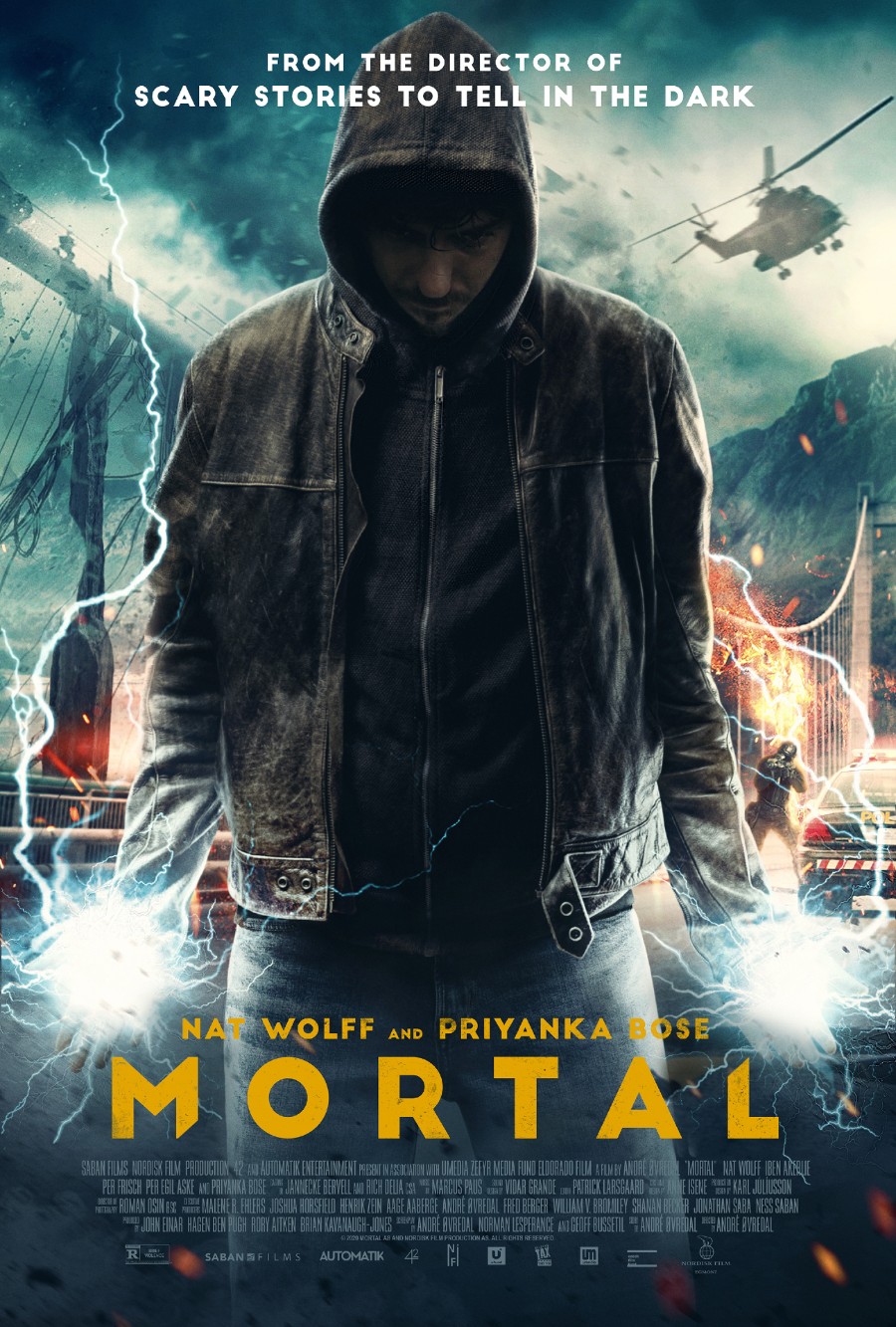 Mortal arrives in select theaters and on demand and digital on November 6. It will be available on Blu-ray November 10.