The United States Postal Service has teamed up with NASA to celebrate 10 years worth of images of the Sun. NASA recently shared and revealed images of the celebratory stamps making their way to a post office near you.

The special stamp set features ten images over twenty stamps that “celebrate the science behind NASA’s ongoing exploration of our nearest star.” Some stamps will display “common events” on the Sun. Those events, such as solar flares, sunspots, and coronal loops, are part of the collectible stamps that made their debut this summer. 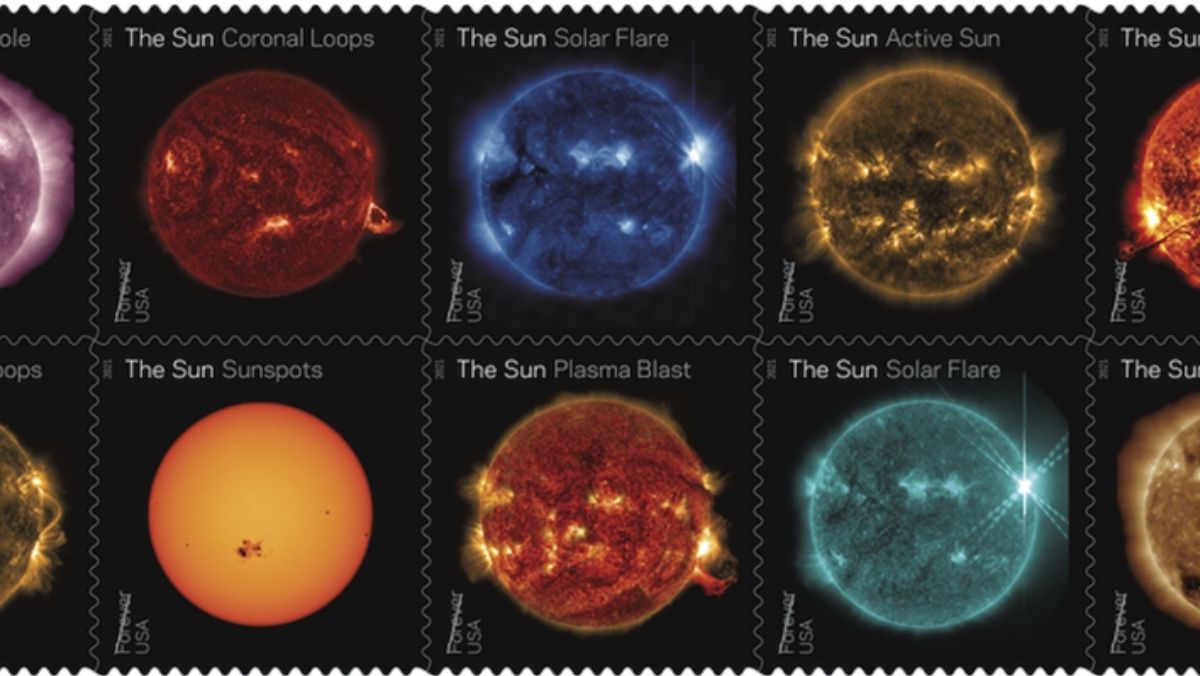 NASA’s Solar Dynamics Observatory, or SDO, has been recording images of the Sun and its events for over a decade. Thomas Zurbuchen, the associate administrator of NASA’s Science Mission Directorate (SMD) was excited about this collection. “I feel that the natural world around us is as beautiful as art, and it’s inspiring to be able to share the import and excitement,” he said.

SMD is how NASA engages the United States’ science community. They sponsor scientific research and develop and deploy satellites and probes in collaboration with NASA’s partners worldwide. The goal is to answer fundamental questions that require a view from and into space.

Also included in the collection are two images of coronal holes and one image highlighting sunspots. Others include plasmablasts, coronal loops, and different views of a solar flare. The images were taken using equipment to capture images of the Sun in multiple wavelengths. Visible, ultraviolet, and extreme ultraviolet light was captured. Thus, creating many stunning, out-of-this-world, vivid pictures.

This is only one series, but hopefully, we will see more of our biggest and most important star in all its vivid stamp glory.

Yolanda Machado is the West Coast News Editor for Nerdist. Her bylines have appeared in TheWrap, The Hollywood Reporter, Elle, GQ, and many more.