Astronomers utilizing GREGOR, the largest solar telescope in Europe, have recently captured some of the highest resolution images of the Sun ever taken. The images show the surface of the Sun in stunning detail, and offer close-up looks at multiple surface phenomena. Phenomena such as sunspots, which apparently looks like a sandworm mouth from Dune.

The astronomers who snapped the new images described their work in a press release from the Leibniz Institute for Solar Physics (KIS). In the KIS release, which comes via Futurism, the astronomers discussed their paper in Astronomy & Astrophysics outlining how they revamped GREGOR over the last year.

“This was a very exciting, but also extremely challenging project,” Dr. Lucia Kleint said in the KIS release. Kleint, a senior researcher and professor at KIS, led the revamp of GREGOR. “In only one year we completely redesigned the optics, mechanics, and electronics to achieve the best possible image quality,” Kleint added. 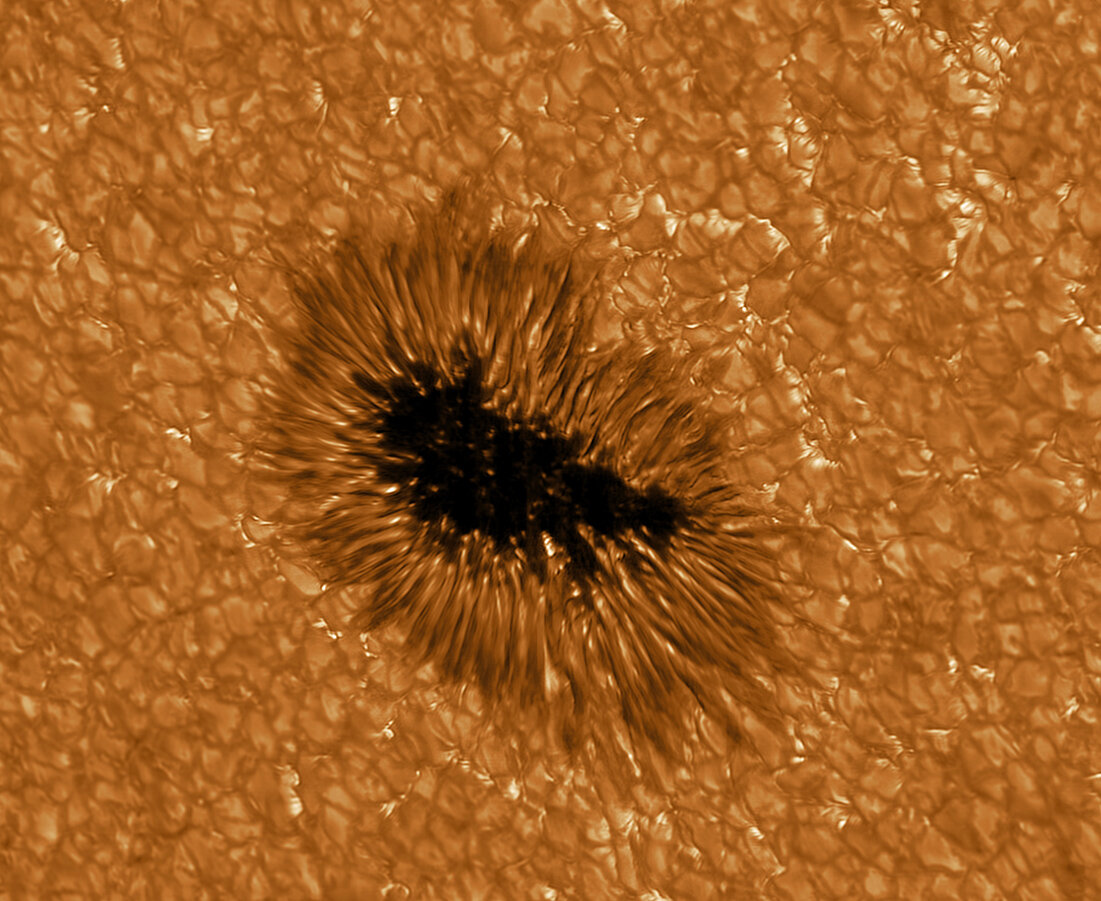 The image and GIF above show one of the sunspots Kleint and her team captured. It’s unclear how large this particular sunspot is, but they range from roughly 1,000 to 31,000 miles in diameter. In general, GREGOR is able to image details as small as 31 miles in diameter. For reference, the astronomers say this would be “as if one saw a needle on a soccer field perfectly sharp from a distance of one kilometer [or .62 miles].”

Kleint et al. were also able to capture the “intricate structures of solar magnetic fields” in high resolution. For those unfamiliar, electrical currents inside the Sun generate a magnetic field that surges and ebbs cyclically, causing violent activity on the star’s surface. GREGOR’s close-up image of one of those structures is immediately below. 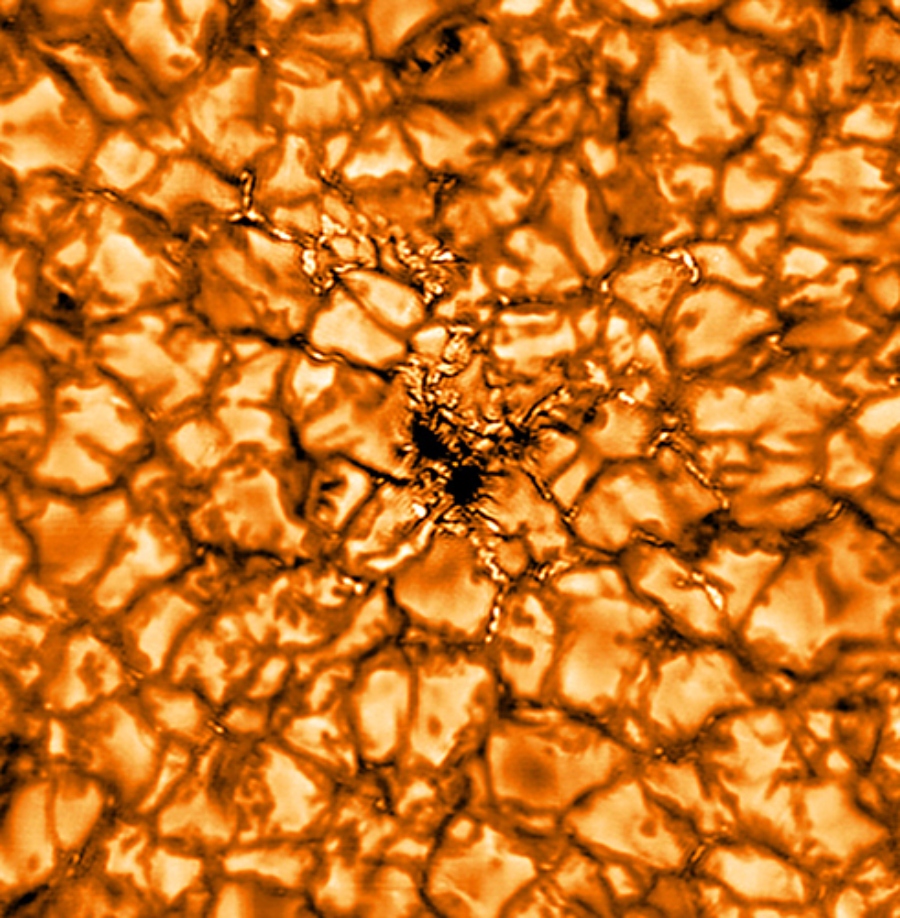 By studying the Sun’s magnetic fields, the astronomers hope to gain a better understanding of their influence on Earth. This will be important for guarding our technological infrastructure, including satellites, the astronomers say. No word yet on whether or not anyone has been worthy enough to ride the mighty sunspot.

What do you think about these close-up images of the Sun’s surface? Do you agree that this Sunspot looks like a sandworm mouth? Let us know your thoughts in the comments!