While everyone’s been feeling the excitement over NASA’s ongoing exploration of the Martian surface, the space agency has deeper pursuits in mind for the future. NASA’s particularly interested in exploring the caves of Mars; for both simple enlightenment and the search for life. Now, to aid in that search, Boston Dynamics’ “Spot” robo-dogs may be joining the effort. And they’re already pretty dang good at their jobs as autonomous explorers.

Boston Dynamics recently uploaded the video above of NASA scientists using a trio of Spots to explore “Martian-like” caves. For those unfamiliar—we wish we were as blessed as you—Boston Dynamics’ Spot is a frighteningly capable quadrupedal robot. One that’s able to dance, fire paintballs to make art, and hunt down bomb suspects. (In general, it’s a robot that moves like a dog. But in a much creepier way.)

In this instance, the NASA scientists tested three Spots as “autonomous” explorers in caves that were hundreds of feet deep. The Spots, as the video shows, were able to carry a significant amount of scientific instruments, as well as navigate over a bevy of natural obstacles. The robots, which find their way using onboard AI, were also able to map the caves and send that data back to a base station. 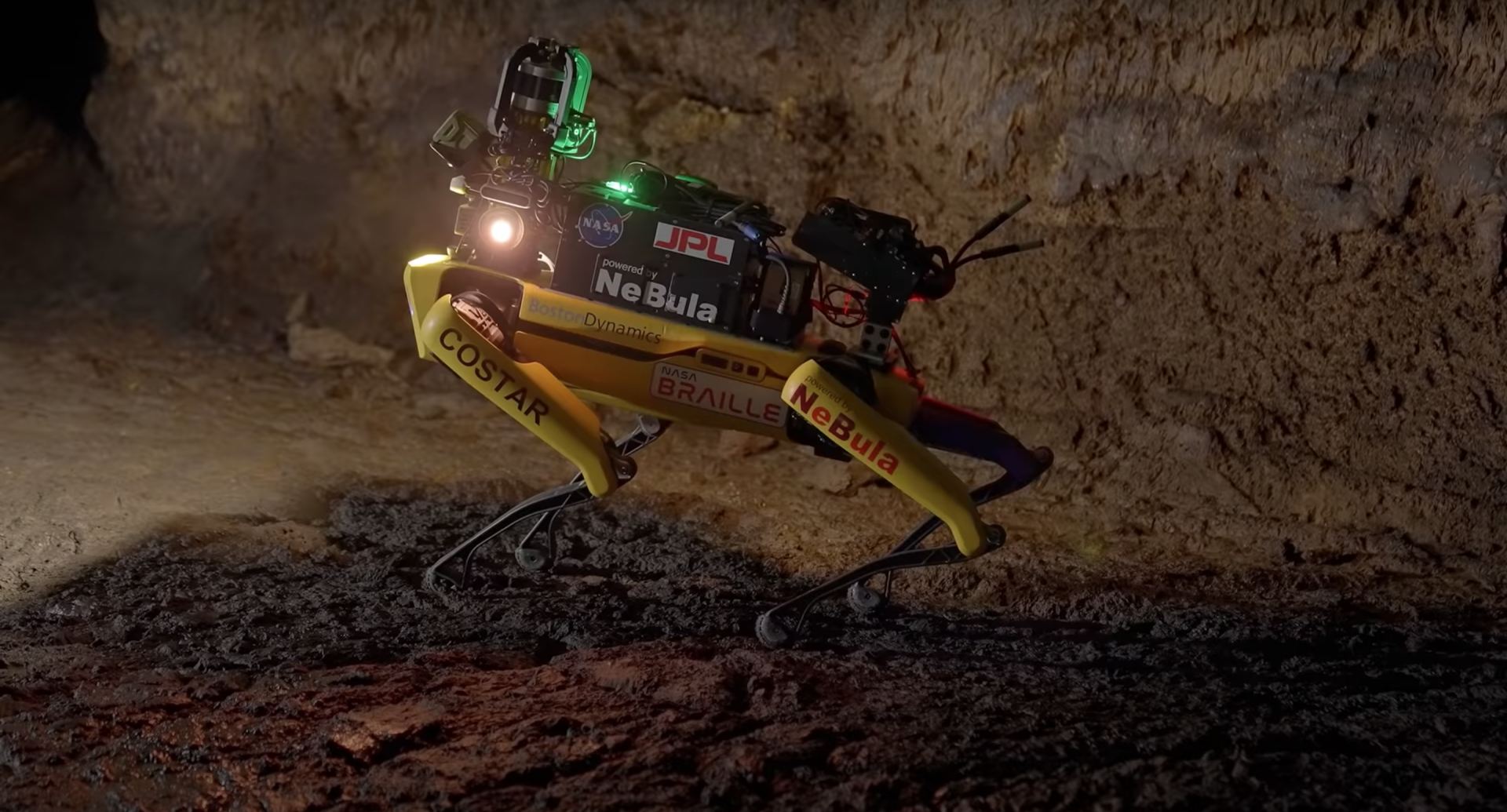 On top of that, the Spot dogs are able to work in unison to collect scientific samples. In the video, for example, Boston Dynamics shows how one Spot can use its robot “arm” to capture swabs of interesting material and then load it into a mobile lab on the back of another Spot.

It’s unclear what the next near-term step is for the collaboration between NASA and Boston Dynamics, unfortunately. But it seems obvious enough that there is a strong urge to find out what’s going on underneath the Martian surface. Which actually makes a lot of sense considering the same people interested in space are also interested in tunnels. 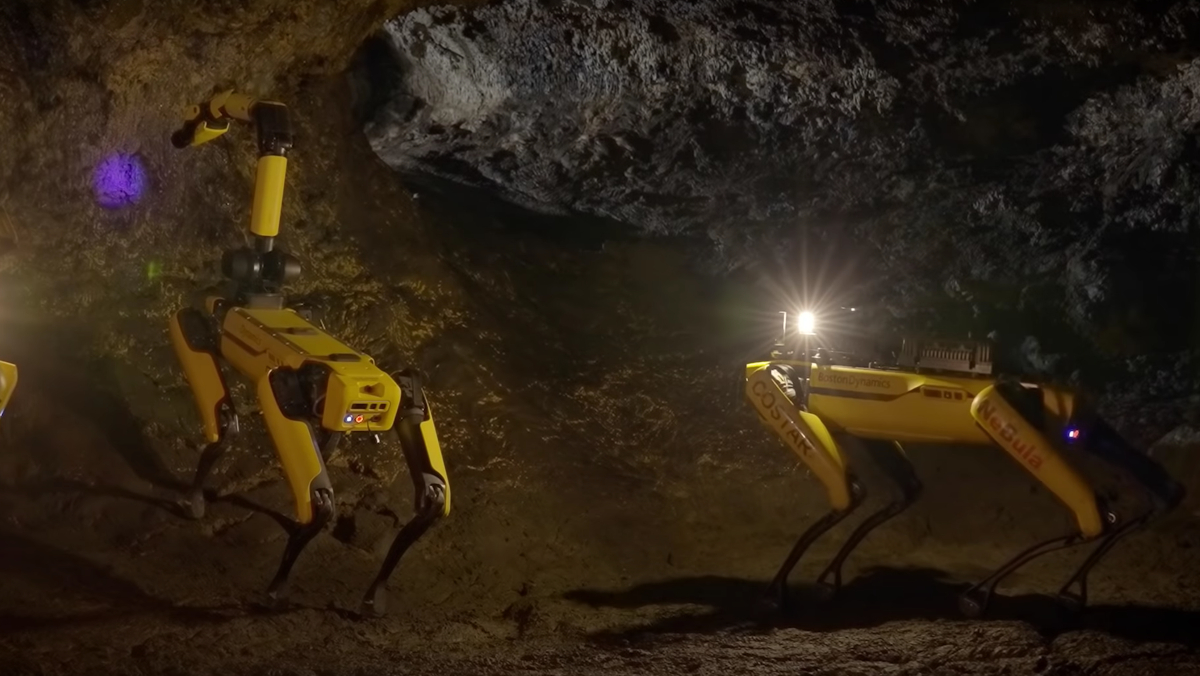