Perseverance made it. NASA’s latest rover to set sail for the Red Planet successfully landed on Mars on February 18. The journey took more than six months and covered nearly 300 million miles. You’d think after such a long trip the car-sized machine might want to get settled in first. But it didn’t waste any time getting to work. It immediately sent images back to Earth. They look like an old black-and-white television set. And they’re still stunning. 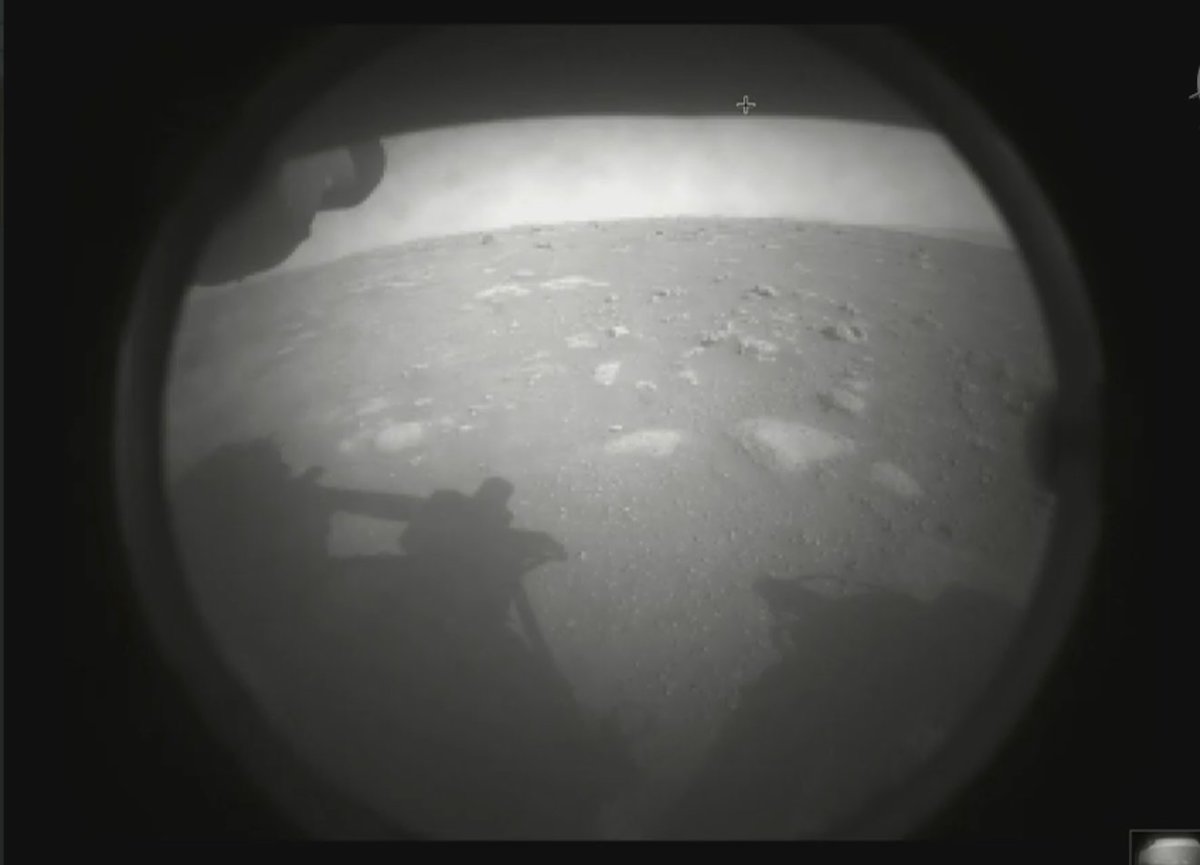 NASA has already shared images of Mars snapped by the Perseverance rover taken shortly after touchdown. No one is exactly going to confuse these with any high-def stills from The Martian, though. These gray photos offer a limited, fish-lens look at the planet’s rocky terrain. But even with a complete lack of color, scope, and detail, they’re still incredible to look at. These were shared with the world within minutes of the rover’s safe landing on a different planet. SCIENCE!

The pictures show off the desolate planet’s rock-covered surface. They also highlight Perseverance‘s ability to capture multiple angles from a single spot. The picture without any shadows was taken by a camera in the machine’s back using its onboard Rear Right Hazard Avoidance Camera. 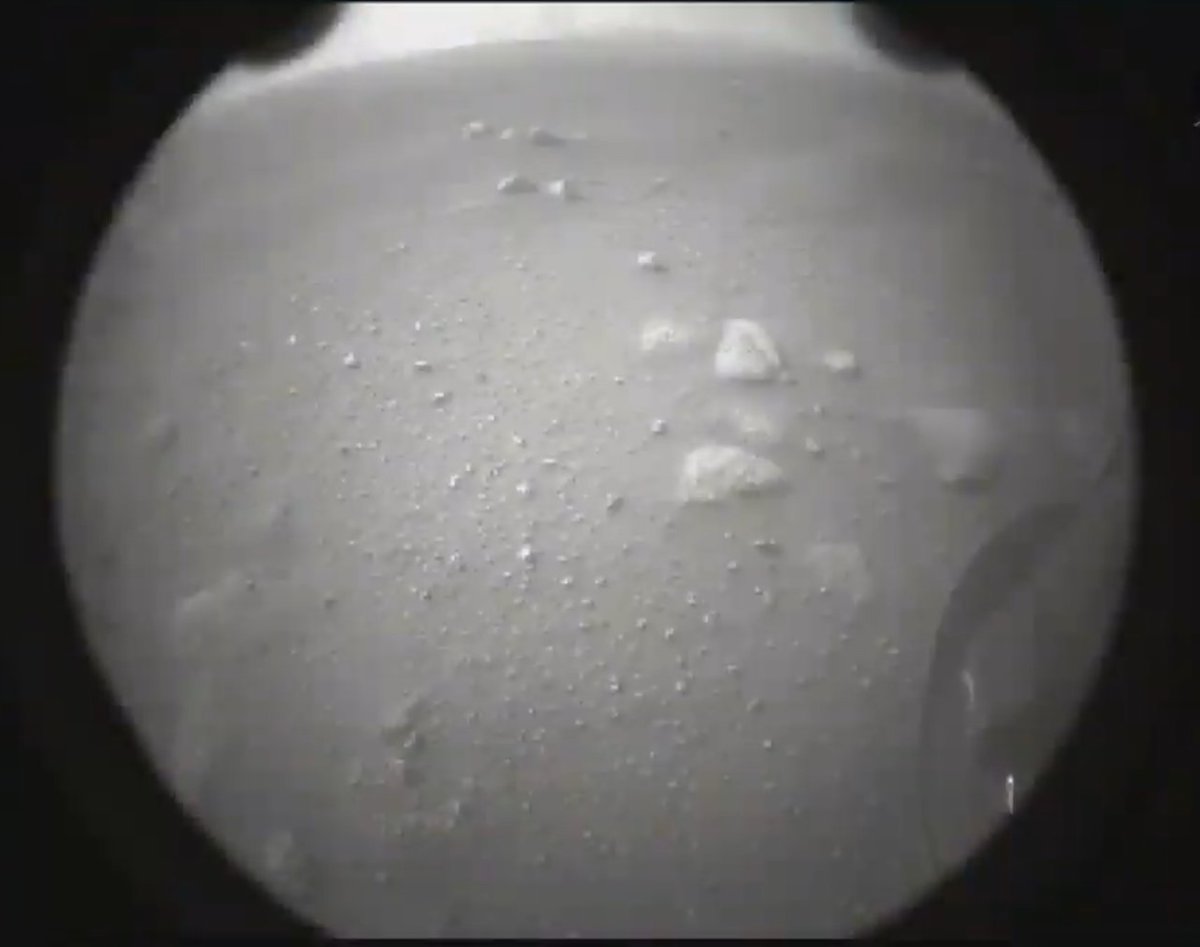 The best of the bunch, though, the incredible picture that features Perseverance‘s own shadow, comes from the near the front. It was taken with the onboard Front Left Hazard Avoidance Camera A. That’s the same camera used for the obstructed photo of the bunch, so we’re not missing out on much there.

The rover’s dad must have snapped that one. 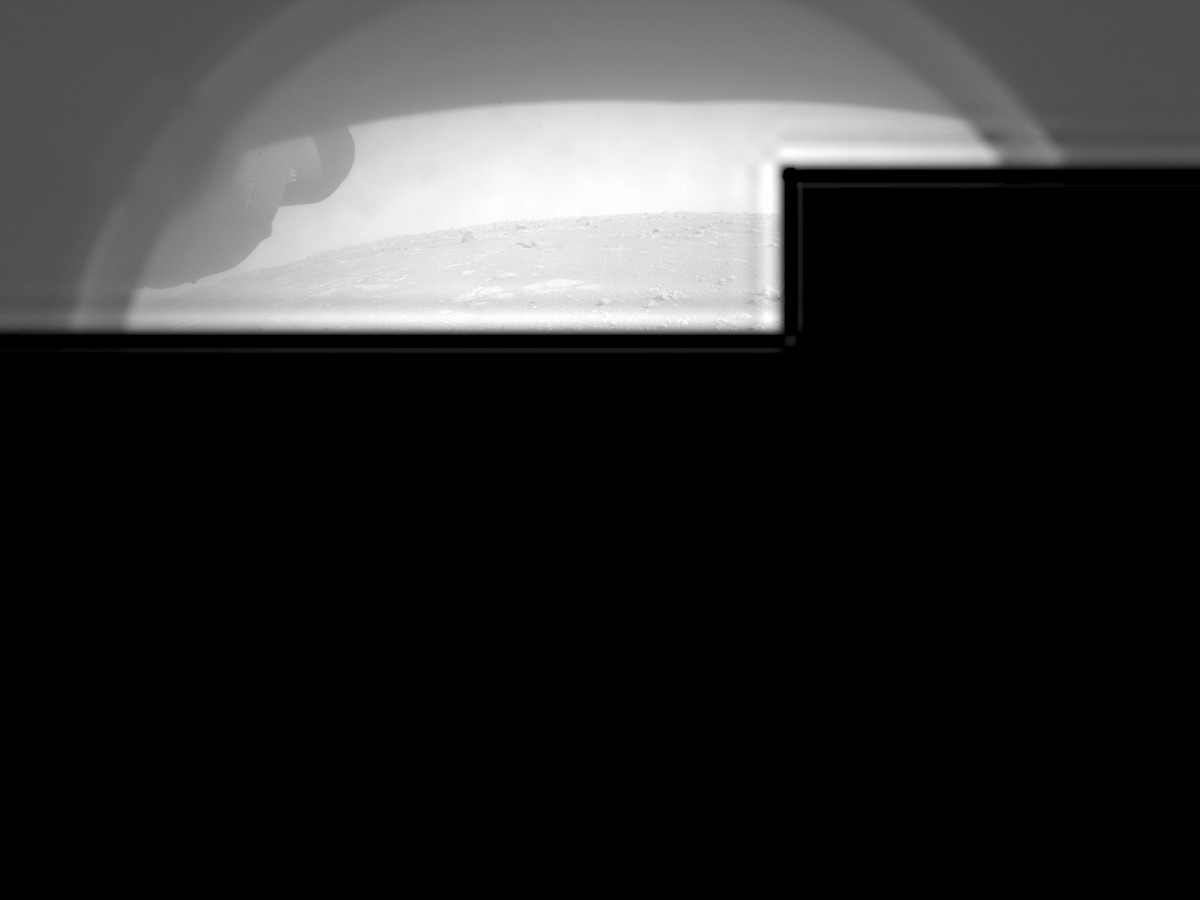 These images don’t provide the most sweeping view of our celestial neighbor. But these are just initial raw photos—the high resolution images will come later. And besides, sightseeing is not Perseverance‘s main mission. It’s exploring Mars for signs of ancient life on the planet.

And since none of these photos had an alien waving back at us, it’s a good thing the rover got to work right away. It still has a lot to do.