As humanity’s robo-rovers continue to crawl across the surface of Mars, they beam back more and more sights and sounds from the Red Planet. The Perseverance rover, for example, has provided a solid stream of 360-degree surface views, from both on the ground and high in the air. Now, NASA’s Curiosity rover has found something…curious. A little “whimsical” Martian rock feature that looks like a weird, bendy stalagmite. (Or perhaps a tiny Onix from Pokémon?) 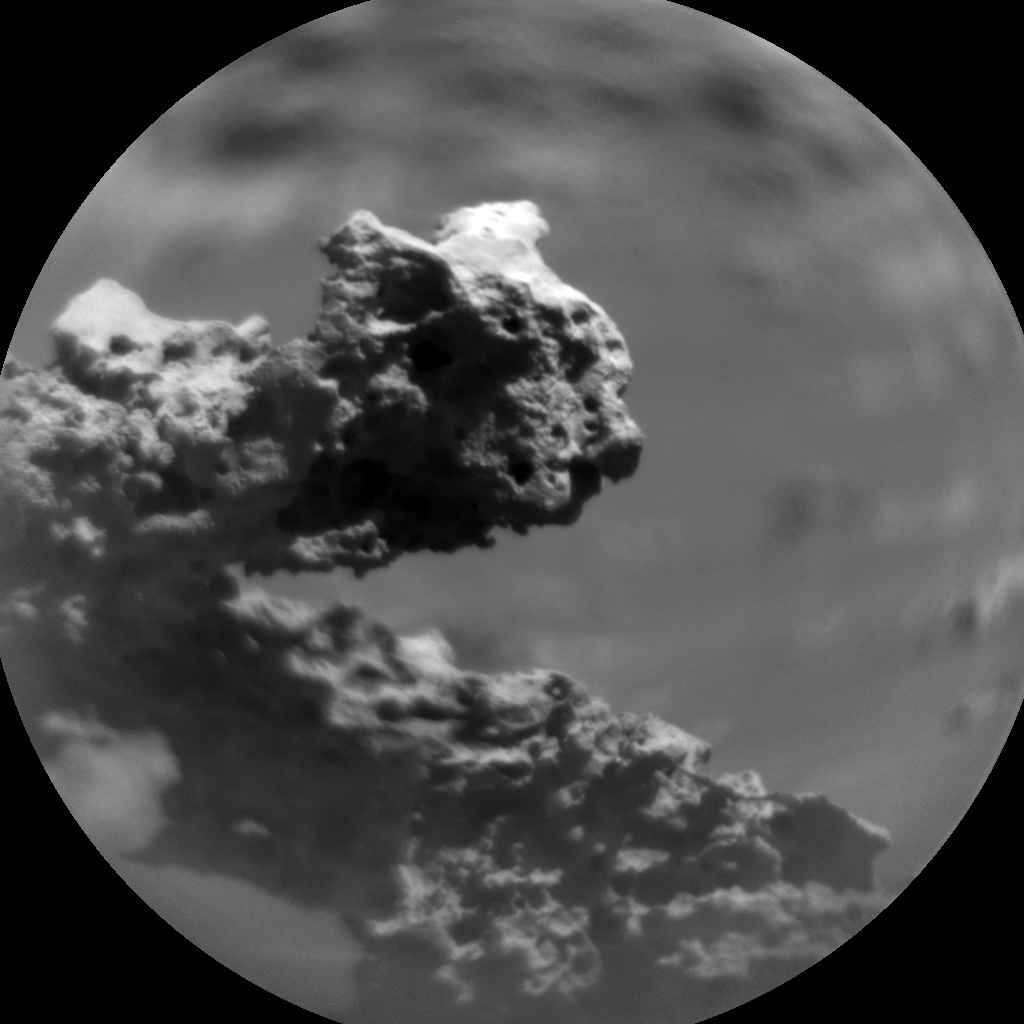 Live Science picked up on the newly discovered Martian rock feature, which Curiosity glimpsed in the planet’s Gale Crater. Curiosity, which landed on Mars in 2012, has been exploring the 100-mile-wide crater for the last eight years. It has sent back a huge array of images featuring red, rocky mountains, endless dusty terrains, and Martian skies.

As NASA’s Science Mission Directorate reports, Curiosity eyed the “tiny textured arch” during its (still ongoing) climb through Aeolis Mons, a.k.a. Mount Sharp. The 2,000-pound, six-wheeled rover has been making its way across the mountain in an effort to analyze sedimentary layers that transition from clay-bearing to sulfate bearing. This just goes to show you…  Even on Mars, geology sounds tedious. (JK, it rocks.)

As for the feature itself, NASA says that it is only about 6.5 inches tall but showcases an exceptionally unique texture. It’s not exactly clear what has caused the interesting, bumpy, crumbly structure to evolve, but the way it juts upward from the Martian surface is fascinating. One could speculate that kind of shape could form from something dripping onto the ground over time. But that doesn’t seem to be a possibility in this case.

Despite the oddness of the tiny surface feature, Curiosity is already continuing with its journey. As of this writing, it’s probably already moved onto inspecting “Champeaux,” another nodular bedrock of interest. Maybe there it can find some other stony friends for this little creature. Perhaps a pile of dust that looks like a Squirtle?