I am a member of what I believe is not an insignificant percentage of the population who is ALWAYS worried about The Thing. Researchers made an amazing discovery deep in the Siberian tundra? Yup, that could be The Thing. There’s a mysterious object below the surface of the moon? Uh, that might definitely be The Thing. But what absolutely freaks me out is when scientists find a never-before-seen creature deep below Antarctica, where The ****ing Thing came from. And I don’t care how much it might look like a harmless giant gummy bear, they should definitely not be holding it with their bare hands for more sensible reasons. 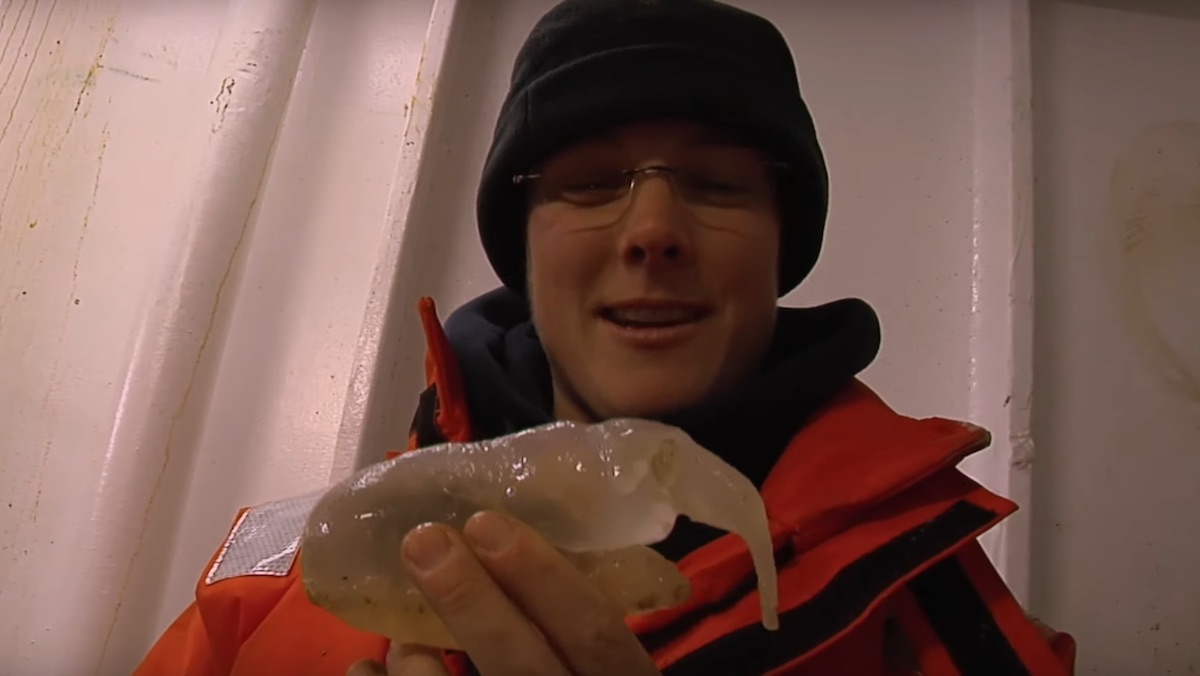 During Expedition Antarctica’s 50-day trek aboard New Zealand’s research ship the RV Tangaroa, researchers discovered a new creature in the mud 3,500 meters below the surface. This truly bizarre/unique specimen (which we first learned about at Express) looks like a gelatinous cross between a slug and a hippopotamus. Which is exactly what The Thing would want you to think, giving you the confidence to pick it up with your hands… right before it clones you.

The strange find was shared in the documentary The Secrets of Antarctica, which you can see here.

“I have never seen anything like this before,” said someone who apparently never witnessed a man’s stomach turn into a giant mouth right before biting off a doctor’s arms.

But look, I get it, I am in the minority/a crazy person who fears an ancient shape shifting alien monster will be unleashed from the ice and destroy us all one day. Does that mean any sane person should hold a never-before-seen creature, one pulled from the icy depths at the end of the world, in their bare hands? NO! Adorable animals who look like gummy bears can be poisonous. What if that creature secreted something awful? Or had sharp teeth? You don’t have to worry about THE Thing to be wary of THAT thing.

Though they should still be worried it is The Thing. I am.